There has never been a more urgent need to restore damaged ecosystems. Forests, grasslands, heathlands, wetlands, savannahs, and other terrestrial as well as marine ecosystems are all in dire need of restoration.

The United Nations Decade on Ecosystem Restoration unites the world behind a common goal: preventing, halting and reversing the degradation of ecosystems worldwide. This Decade is a catalyst for unifying and practical action around the principle of respect and affection for our unique and precious natural world.

Join Christine Milne A.O. Master of Ceremonies with international and Australian speakers to learn about how they are applying the principles of ecosystem restoration and how these bright spots in early leadership can be scaled for global impact.

Hosted by: the North East Bioregional Network (Tas) with support from Highways and Byways and Landcare Tasmania.
When: Monday 28 September 2020, 5pm to 7pm AEST Check your time zone
Where: The webinar will be held via zoom and is a free event, but registration is necessary.

The event will be recorded, but we strongly encourage you to join in live and be part of the restoration collaboration. 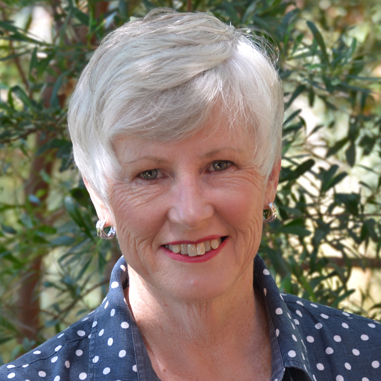 Former Vice President of IUCN, former leader of the Australian Green Party and current Global Greens Ambassador took up the role of Co-Convenor of the Lake Pedder Restoration Committee in the lead up the United Nations Decade of Ecological Restoration (2021-2030) to campaign for an agreement by the summer of 2021-22, to restore Lake Pedder and surrounding environs. 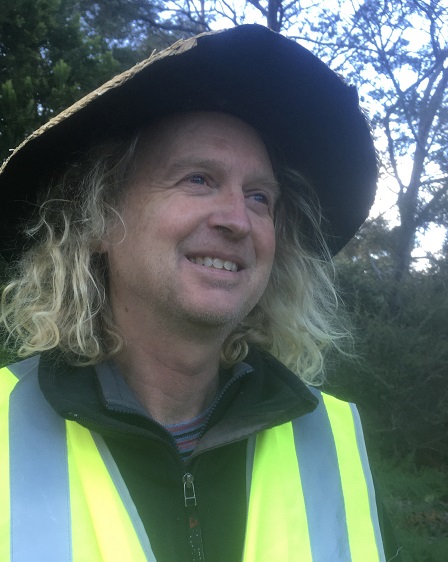 Todd Dudley is the President of the North East Bioregional Network based on the East Coast of Tasmania. He has been involved in bush regeneration and ecological restoration for 35 years.

In recognition of his long term commitment to the protection, maintenance and restoration of the natural environment Todd was awarded the Tasmanian Pride of Australia medal for conservation in 2014 and the Australian Conservation Foundations 2018 Peter Rawlinson Award. 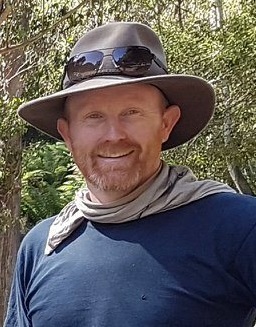 Peter started working in the environmental field while in Primary School, addressing pollution in his local creek and engaging with Council to rectify the situation. With a deep understanding of the Tasmanian environment and an uncanny knack of being able to talk to anyone, on the land or in town, about the life around us in a way that is inspirational, informed and inclusive. His current work as Community Landcare Manager for the last 10 years and deputy CEO for Landcare Tasmania spans the breadth and depth of this amazing island. He has an unabated passion and enthusiasm for the environment, community, owls and a good yarn. 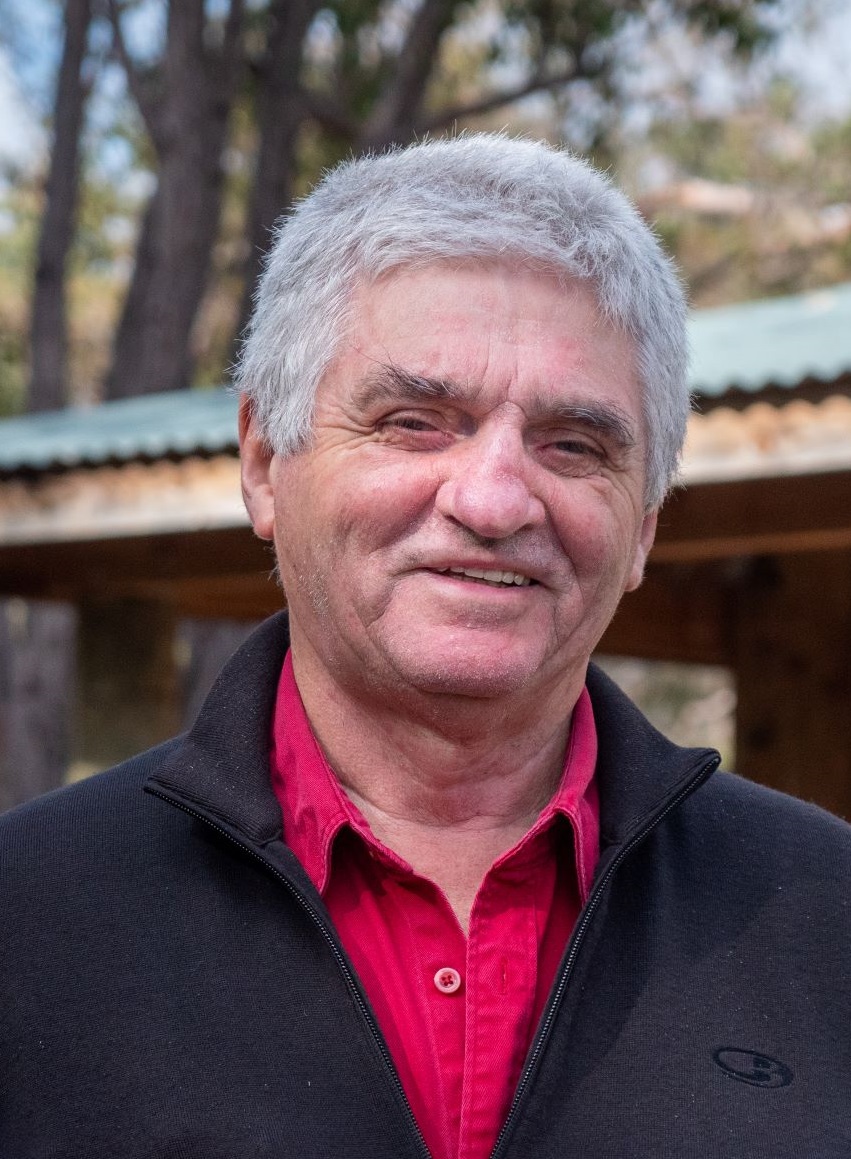 Keith is a long-time advocate for the ecological values of south-western Australia and for the power of local communities. He helped establish some of Australia’s earliest landcare groups, has run building, beekeeping and native seed businesses, consulted to the mining sector, worked in local enterprise development and at policy level in government. He co-wrote and narrated the award winning documentary ‘A Million Acres a Year’, and authored ‘Peel-Harvey: decline and rescue of an ecosystem’. Currently CEO of Gondwana Link and Deputy Chair West Australian Landcare Network.

Keith is a long-time advocate for the ecological values of south-western Australia.  He has been involved with the landcare movement since its inception, and has had roles with his local landcare groups, in managing government programs and developing key government policies affecting landcare. As a businessman he has operated beekeeping and native seed businesses, consulted to the mining sector and worked in local enterprise development. He has authored many essays and scientific papers, plus a book on the environmental history of the Peel-Harvey estuarine system.  Keith co-wrote and narrated the SBS documentary ‘A Million Acres a Year’ and the film ‘Breathing life into Boodja’. He conspired with friends to establish the Gondwana Link program in 2002 and serves as its CEO.  Keith is also currently Deputy Chair of the WA Landcare Network and has consulted to large landscape conservation programs in New Zealand, southern Africa and Mexico. Keith was awarded an Order of Australia Medal in 2015 for service to conservation and the environment in Western Australia. 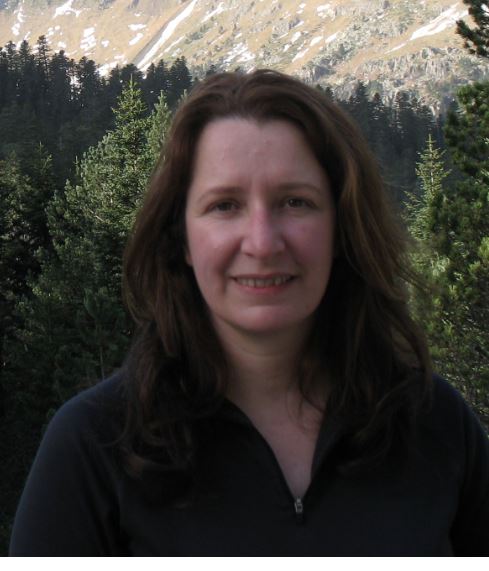 Dr. Anita Wild,  Ecologist working on Lake Pedder Restoration report - Findings of report assessing the restoration of Lake Pedder Tasmania
Dr Anita Wild is an ecologist with over 25 years of experience specialising in restoration ecology, ecological risk and prioritisation and designing and implementing quantitative monitoring programs. Anita specialises in terrestrial alpine and wetland environments, including peatlands, where restoration requires ameliorating threatening processes to enable natural restoration of ecosystem processes and ecohydrology. These alpine restoration approaches have included data from Anita's PhD investigating natural processes in alpine recovery and involvement in 25 years of practical, applied trials (and essential monitoring) in Victoria and Tasmania.
Anita has also designed and implemented studies to satisfy environmental permit conditions for renewable energy developments including changes in hydrological patterns on regulated rivers for the Basslink inter-connector cable and other hydro-electricity developments and wind farms. 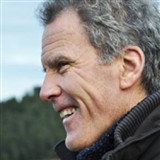 James Aronson serves as a senior scientist with Missouri Botanical Garden’s Center for Conservation and Sustainable Development and is a co-founder and Steering Committee member of the EcoHealth Network.
From 1992 – 2016, he led a small restoration ecology lab at the Center for Functional and Evolutionary Ecology (CNRS), in Montpellier, France. He has participated in ecological restoration and rehabilitation projects in many parts of the world, particularly in developing countries.  James has written many widely cited papers on restoration ecology and co-authored Ecological Restoration: Principles, Values, and Structure of an Emerging Profession; Restoration Ecology: The New Frontier; Restoring Natural Capital – Science, Business, Practice; and Biology and Wildlife of the Mediterranean Region. He served for many years as a Board member of the Society for Ecological Restoration, and as editor-in-chief of SER’s book series on the Science and Practice of Ecological Restoration published with Island Press. 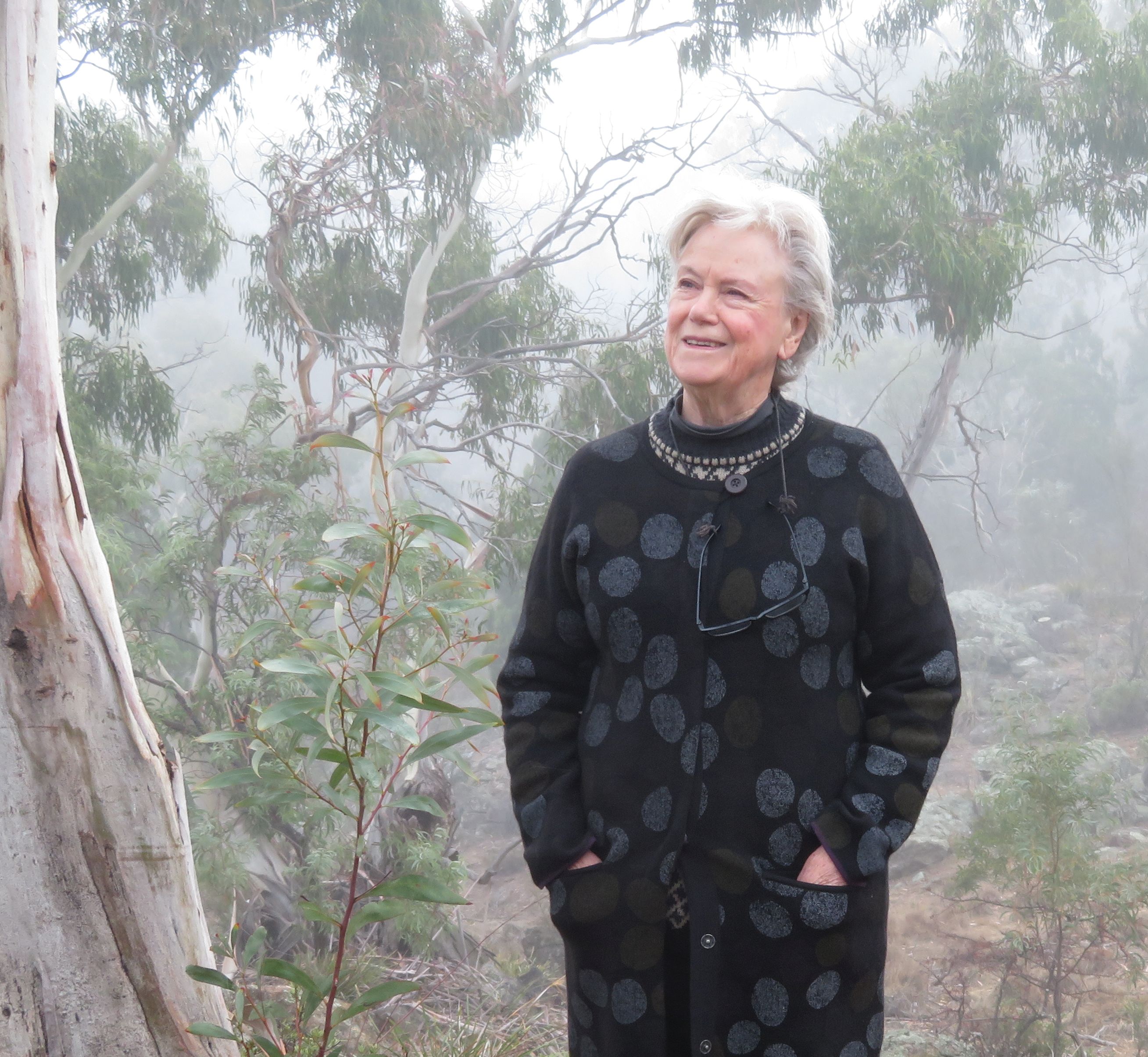 Dr Tein McDonald has been involved in the philosophy, ecology and practice of ecological restoration for nearly 40 years, including as a bush regenerator, trainer, restoration planner and journal editor. Tein is President of AABR and a board member of the Society for Ecological Restoration Australasia (SERA). She co-authored the National Restoration Standards for the Practice of Ecological Restoration in Australia, and, more recently, its international adaptation, the second edition. Tein’s current work focuses on galvanizing appropriate responses by governments and communities to Australia’s recent wildfires.

She currently combines a range of restoration-oriented activities including on-ground works supervision, training and mentoring an indigenous land management group and journal editing - with roles on committees and boards of the AABR and the Society for Ecological Restoration Australasia. 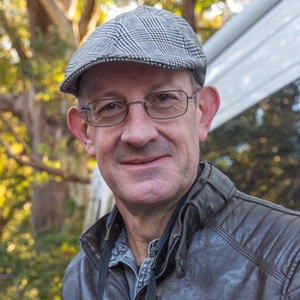 Gary Howling is the executive director of the Great Eastern Ranges Initiativ. Gary graduated from Lincoln University, New Zealand with postgraduate qualifications in Applied Ecology, and has worked in a variety of roles in Government and the natural resource management sector for over twenty years. These included as former Conservation Manager with the GER from its inception within the NSW Department of Environment and Climate Change.

As a member of the newly formed board overseeing the GER, Gary continues to be involved in providing regional and program-wide partnerships with specialist scientific conservation advice to guide connectivity conservation efforts. His role also involves communicating the importance of collaboration across and between stakeholders and landscapes and putting this into practice through his links with other initiatives such as Gondwana Link and the FAUNA Research Alliance. 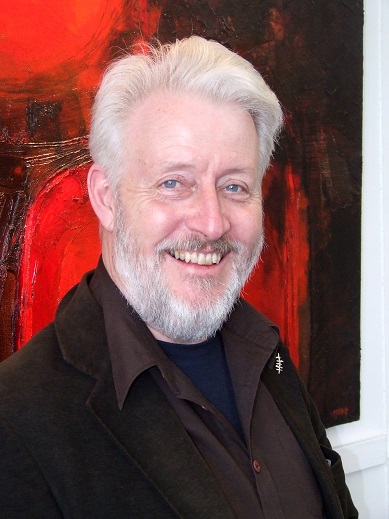 Paddy Woodworth, Author of Our Once and Future Planet - A global perspective on ecological restoration in the 21st century

(Bray, 1951) is an author, journalist, lecturer and tour guide. He contributes regularly to The Irish Times, where he was formerly arts editor and assistant foreign desk editor, and other media. He has published two acclaimed books on the Basques and Spain, for Yale and Oxford University Presses. Dirty War, Clean Hands, his book on a state terrorism campaign in the Basque Country, was described by the Times Literary Supplement as “a  brilliant piece of investigative journalism, that deserves to be read by more than just those interested in Spain”.

In 2013, he published a study of ecological restoration projects worldwide, Our Once and Future Planet: Restoring the World in the Climate Change Century (U of Chicago Press), in which he explores the rapidly growing role of restoration as a global conservation strategy to engage with  the climate and biodiversity crises.  A BioScience reviewer wrote: “Highly readable. This book will bring the concept and application of ecological restoration to a broader audience and will help inspire a new generation of restoration practitioners and researchers.”  In the Dublin Review of Books, John Feehan wrote: “Paddy Woodworth’s [treatment of restoration] is certainly the best…could hardly be more timely.”
Woodworth is a Research Associate at Missouri Botanical Garden, and an Adjunct Senior Lecturer at University College Dublin. He is a founder member of the Irish Forum on Natural Capital, and is committed to working for better communication of environmental issues, nationally and to local communities and interest groups.
He has been a visiting fellow at the University of Iowa (International Writing Program),  Dartmouth College, the University of Nevada, and DePaul Chicago, and has lectured at numerous Irish and international universities, botanical gardens, conferences and events. 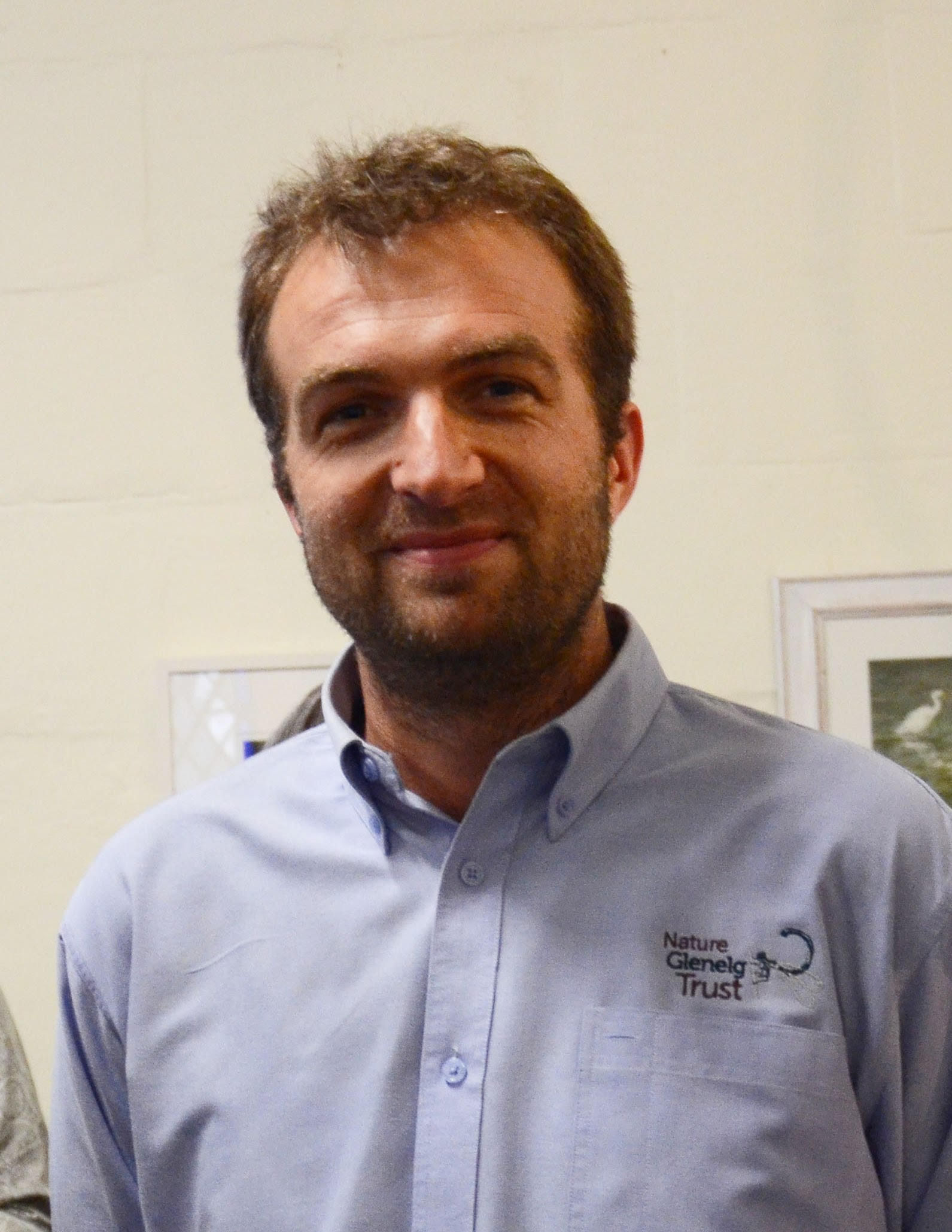 Mark has been working on a wide range of environmental programs as an ecologist across south-eastern Australia for the last 25 years, and is a previous winner of the Jill Hudson Award for Environment Protection in South Australia. Leading Nature Glenelg Trust (NGT) since its launch in January 2012, Mark previously worked with the SA Government for 12 years on a wide range of environmental programs where, among a diversity of biodiversity interests, he also developed practical expertise in wetland restoration. He now applies these skills to develop NGT’s wetland restoration programs on public and private land, which has also included the establishment of a small number of private restoration reserves now owned and managed by NGT; including a major successful wetland restoration site in the southern Grampians, Walker Swamp. Another major long-term wetland restoration project on public land at Long Swamp in Victoria, led by NGT with community support since 2012, won the SERA Award for Restoration Excellence in 2018.