This year the 2021 National Landcare Awards were livestreamed to over 2,000 people across the country.  We hosted a celebratory dinner at The Glass House Hobart to get together in person and watch the awards celebrating the 75 nominees Australia wide. Smiles were all around as we celebrated our Tassie finalists.

All photos thanks to © Amy Brown. 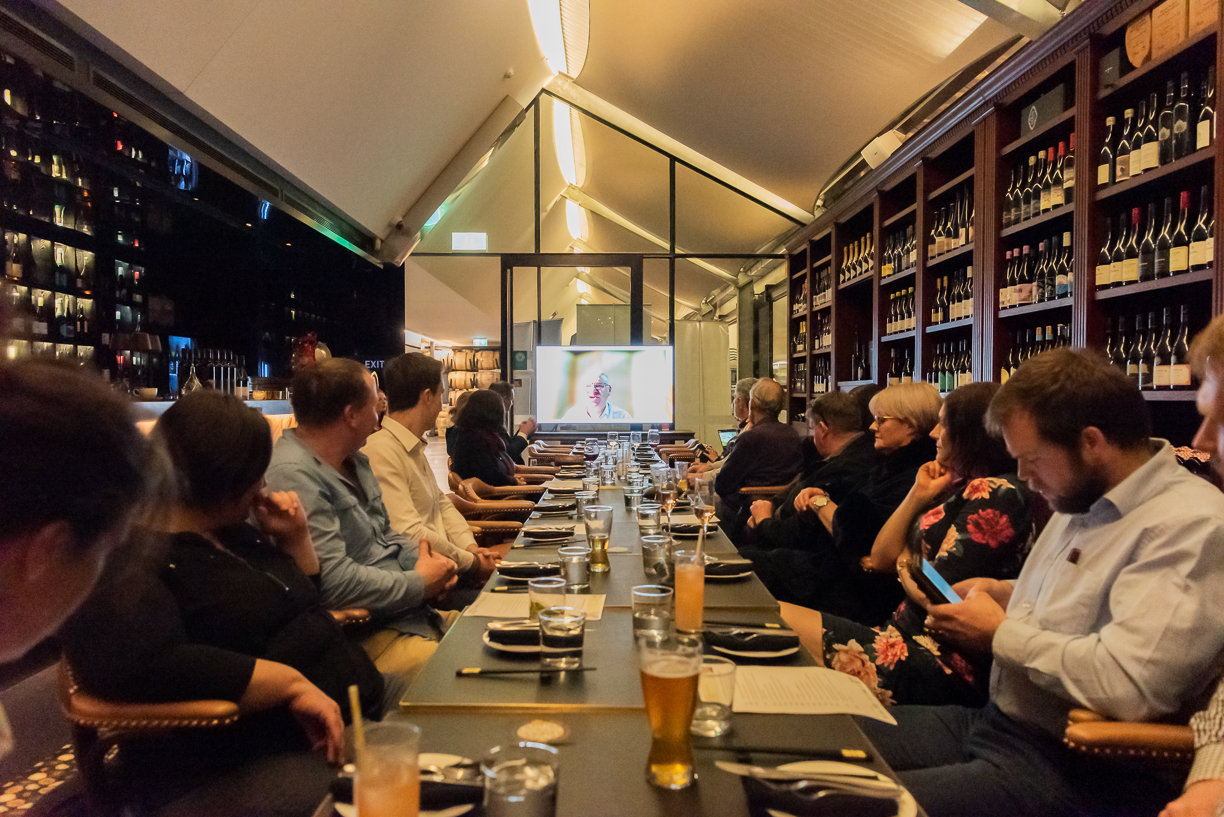 This wonderful gala evening brought together a broad network of Tasmanian Landcare legends. The 9 national finalists from our 2019 State and Territory Awards are from a variety of groups from Tasmania, and came together to share in the State's first national win in 6 years- Michael Nichols of Redbank Farm!

It was a wonderful evening to celebrate our Tassie finalists as well as all the groups nation-wide doing their bit for the land, including all the National Award Winners. 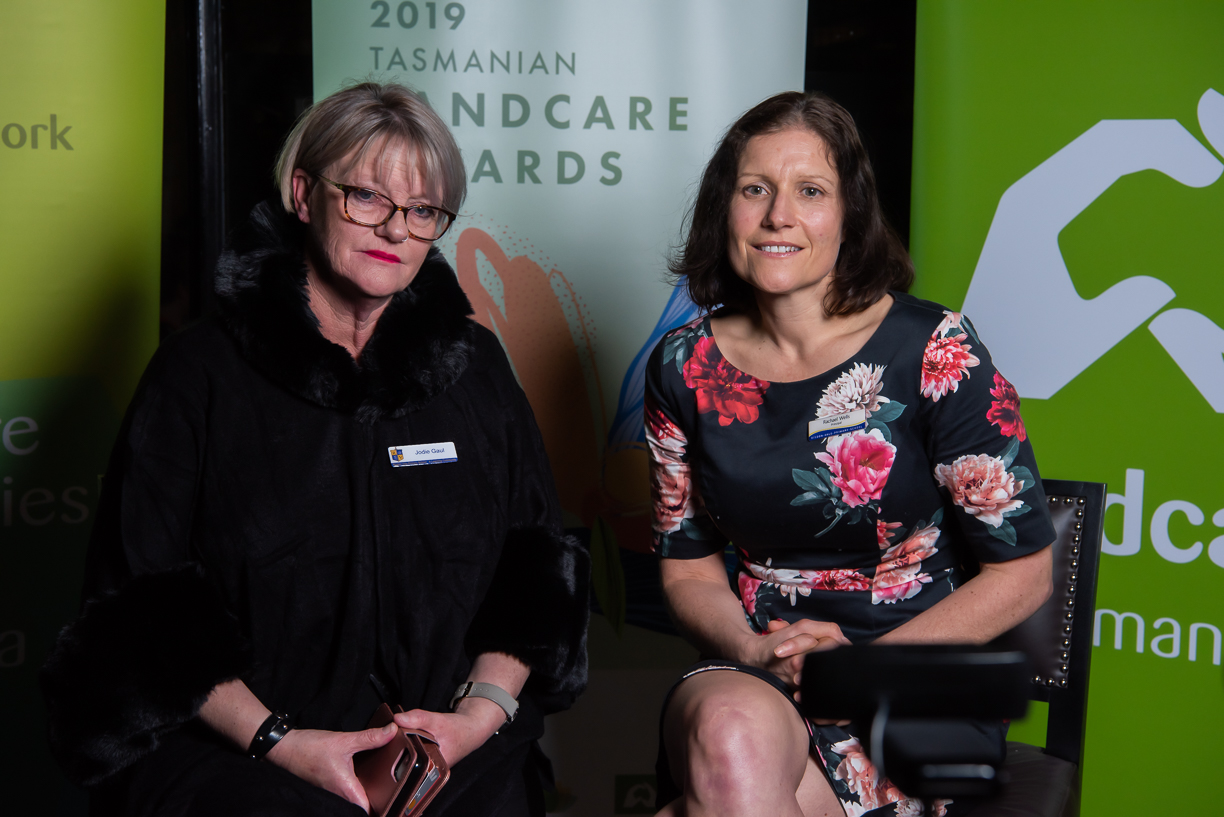 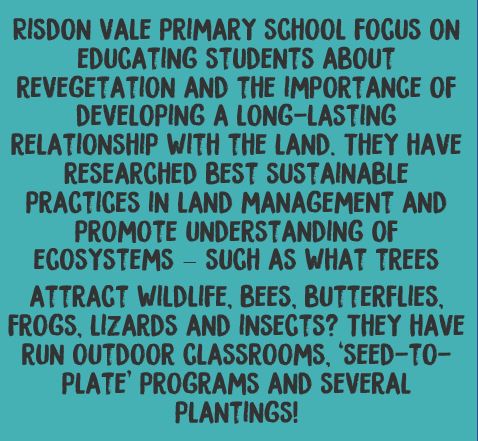 Jodie Gaul and Rachel Wells came to represent Risdon Vale Primary School for the Woolworths Junior Landcare Award.  You may notice they're look a little forlorn - as the National Award went to Newham Public School in Victoria - but truly fantastic efforts all around! 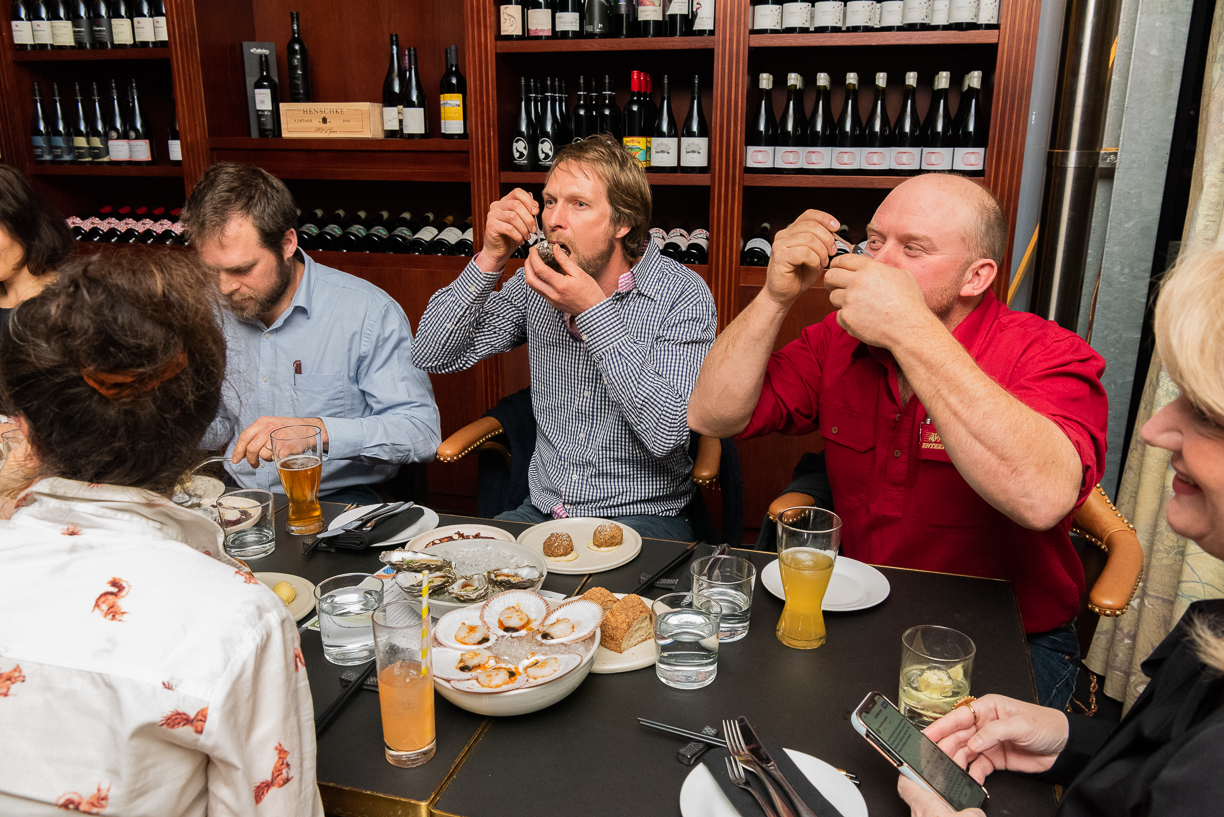 Entrée is served - the guys from Soil First Tasmania are wasting no time getting some oysters down the hatch. 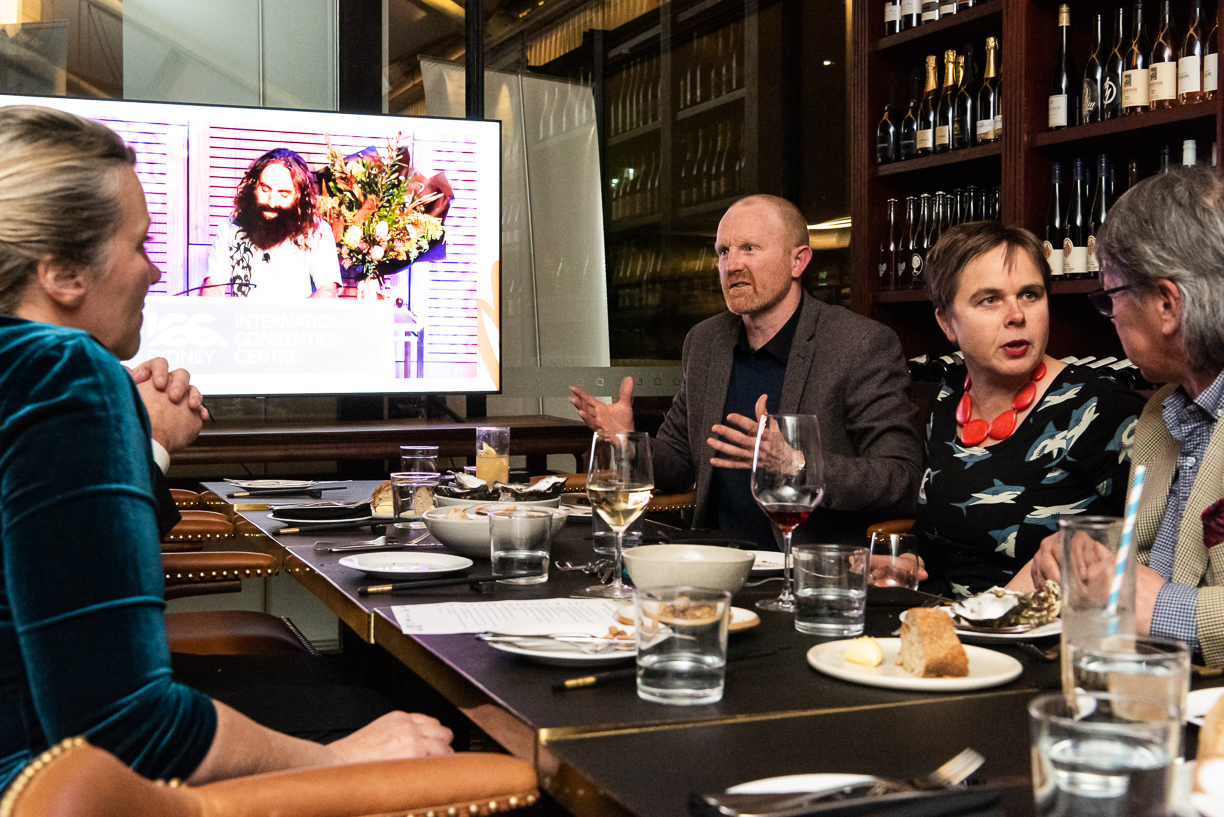 Some very serious discussion... and Costa in the background! 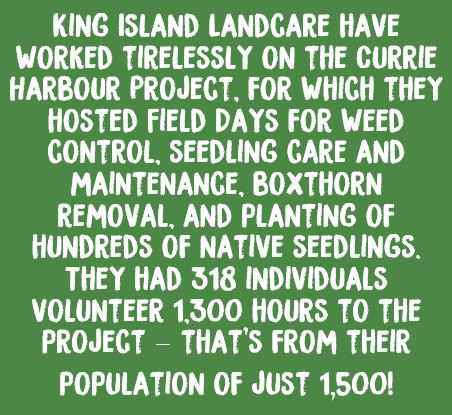 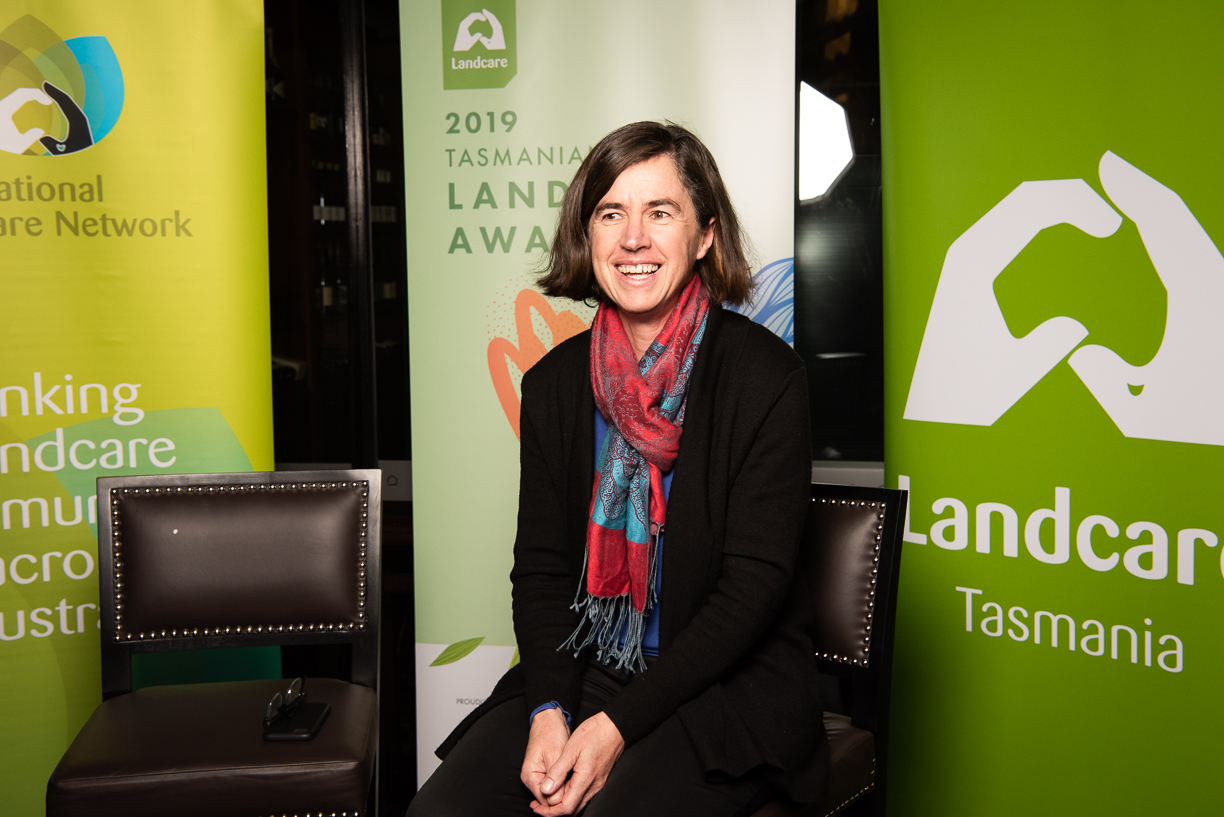 Ondrea Richards of King Island Landcare Group sits in the hot seat, waiting for the announcement of the Australian Community Media Landcare Community Group Award. And the award goes to... The Red Hill Bush Regenerators in the ACT - better luck next time, Tassie. 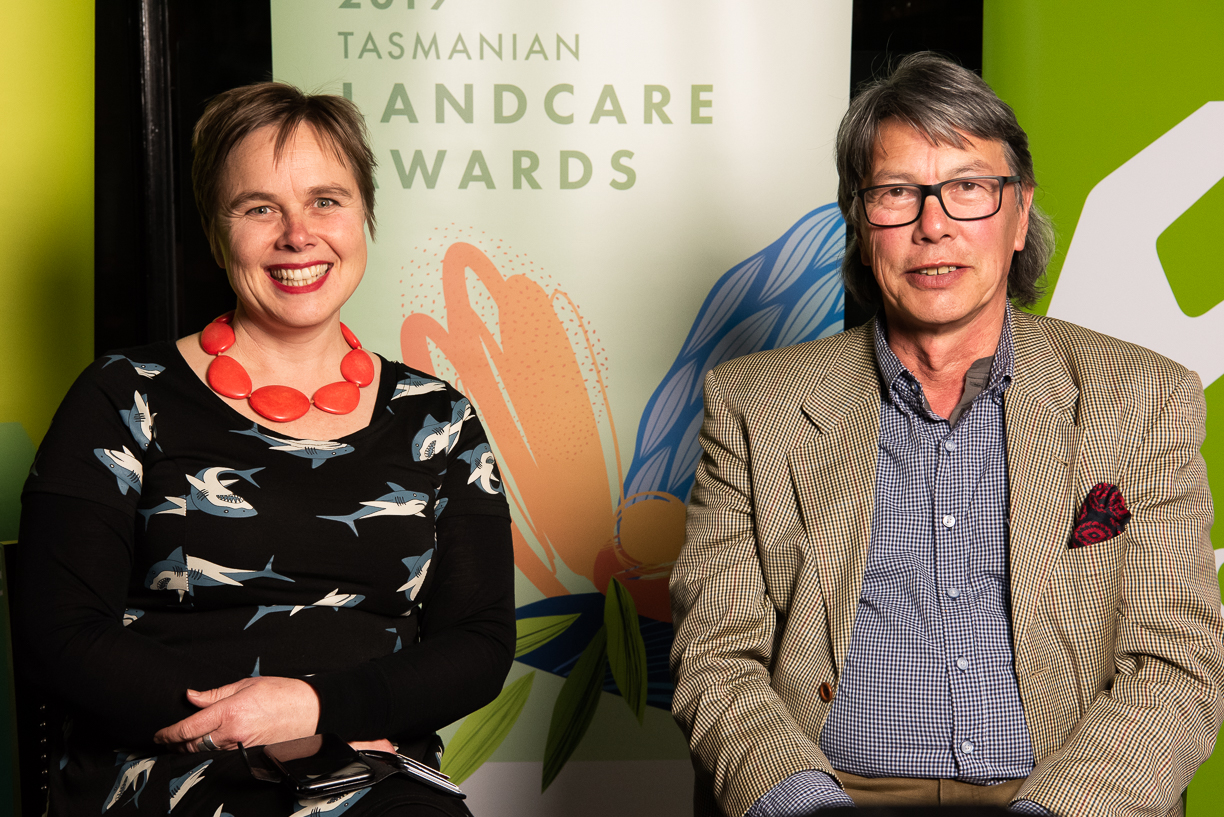 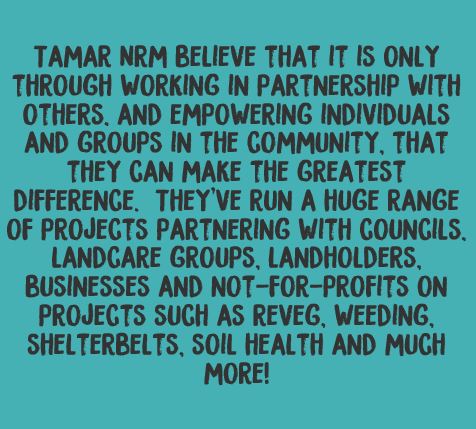 Gill Bassnet and Roger Tysing representing Tamar NRM for the Partnerships award.  This award went to Floating Landcare from NSW. 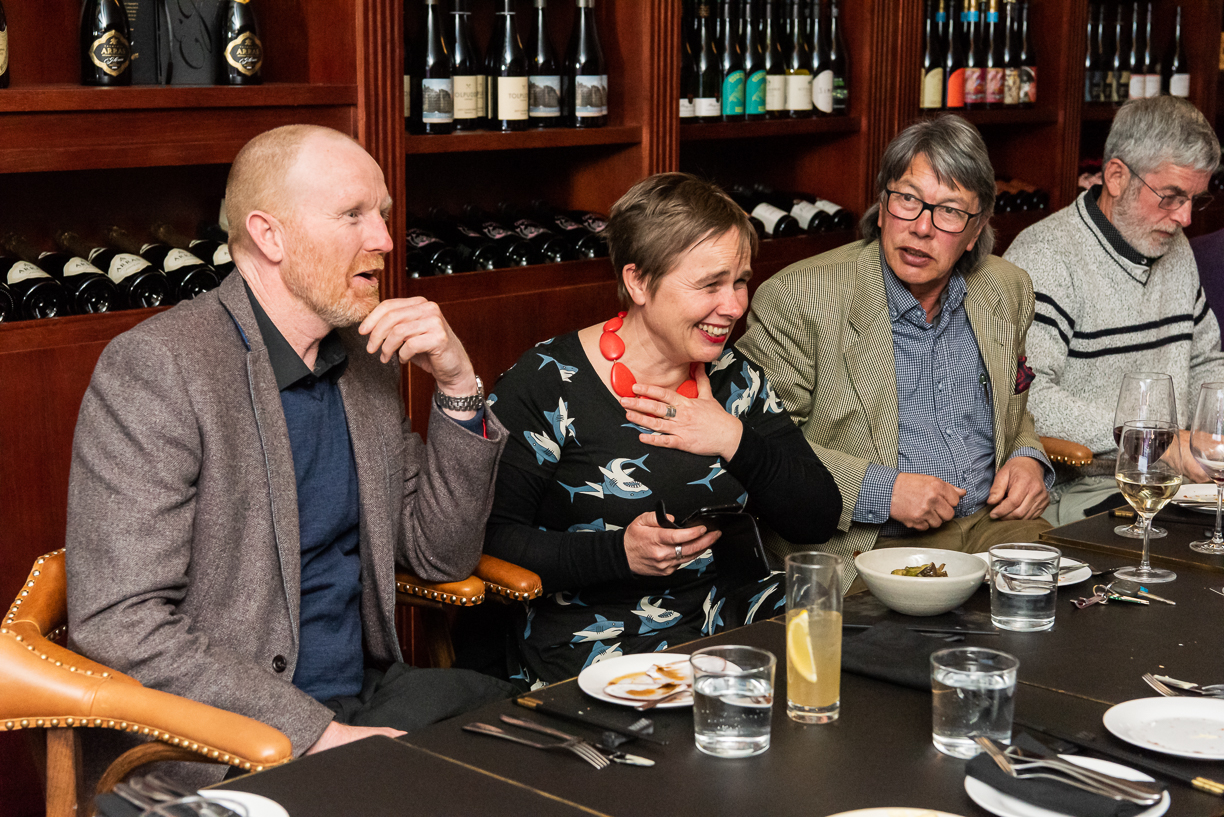 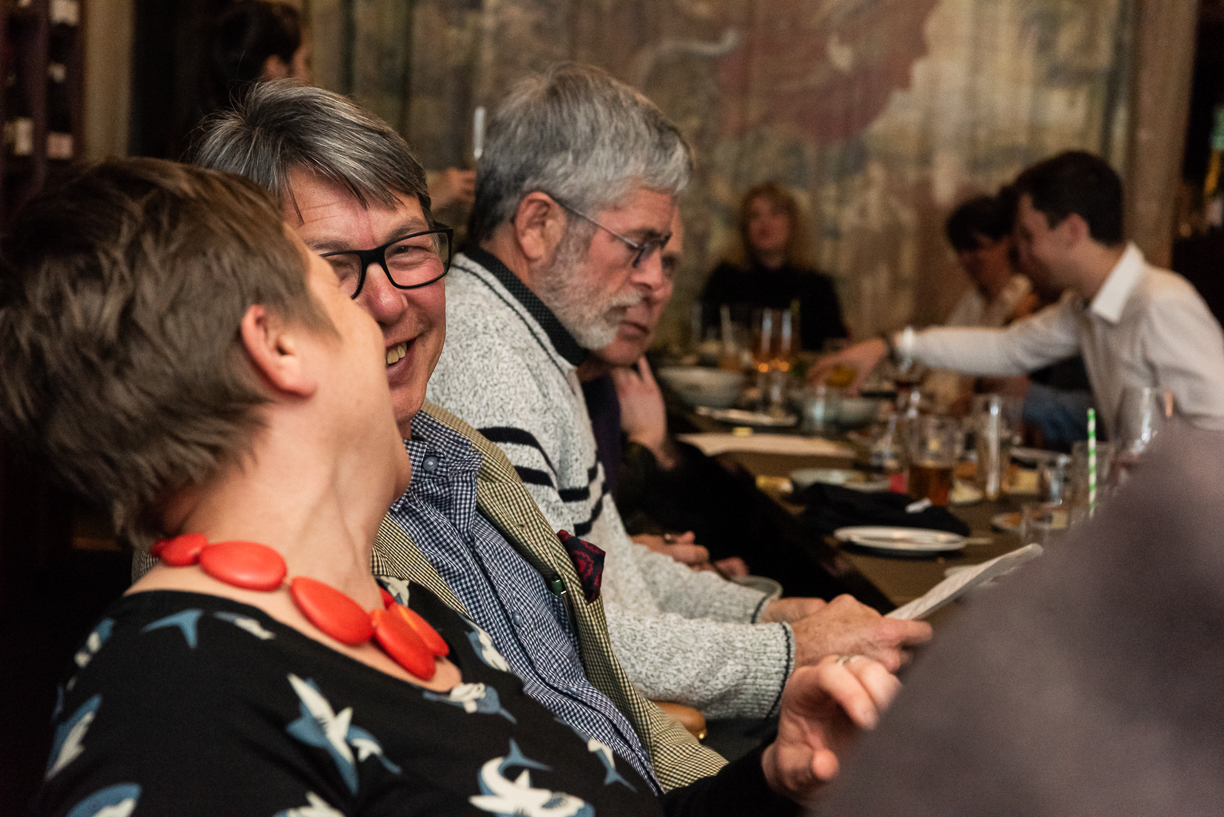 Gill and Roger's spirits aren't dampened - they know they're all winners! 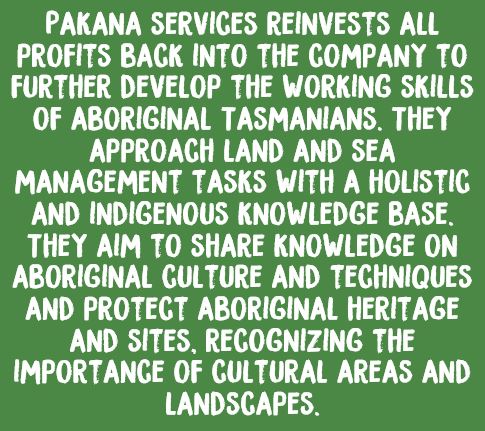 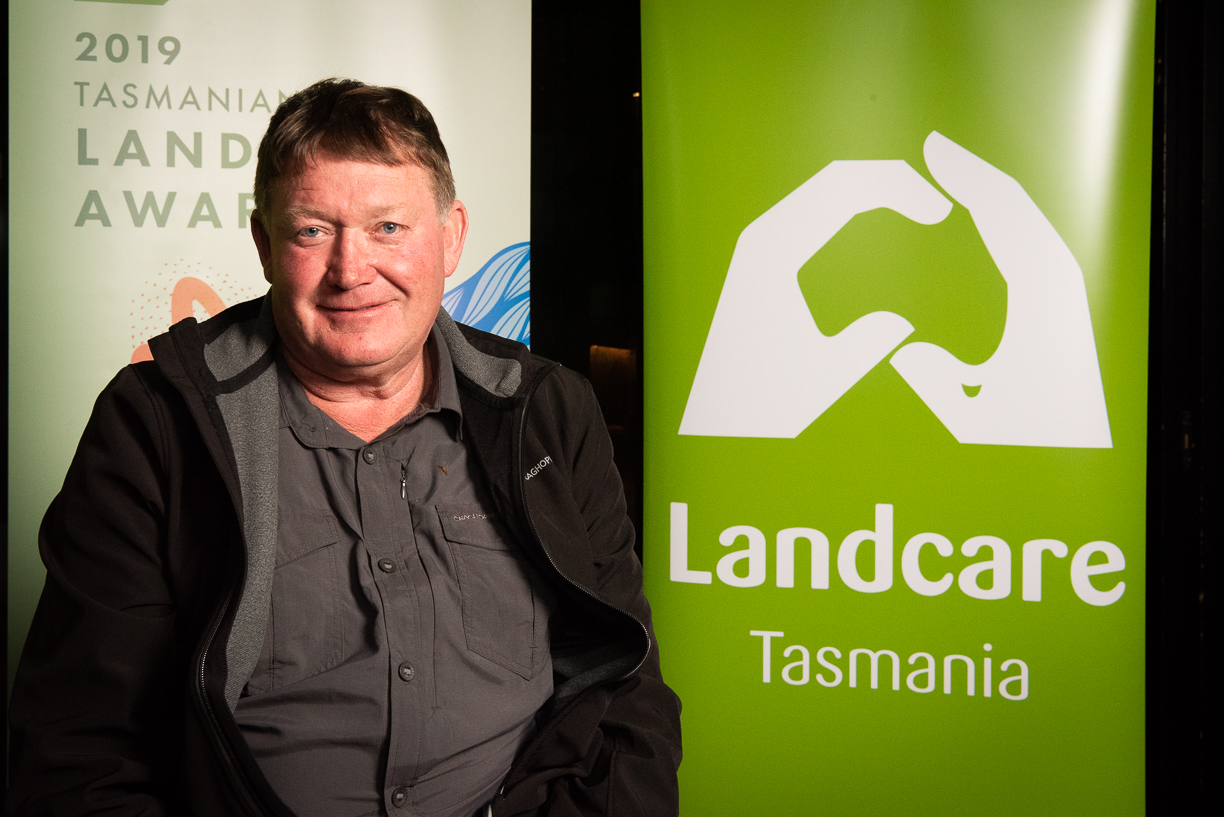 John Easton from pakana services smiles down the lens as we await the announcement for the Indigenous Land Management Award. This award went to the Wunambaal Gaambera Aboriginal Corporation’s work on Wunambaal Gaambera country — which covers 2.5 million hectares of key cultural and ecological land in Western Australia’s Kimberley - not bad! 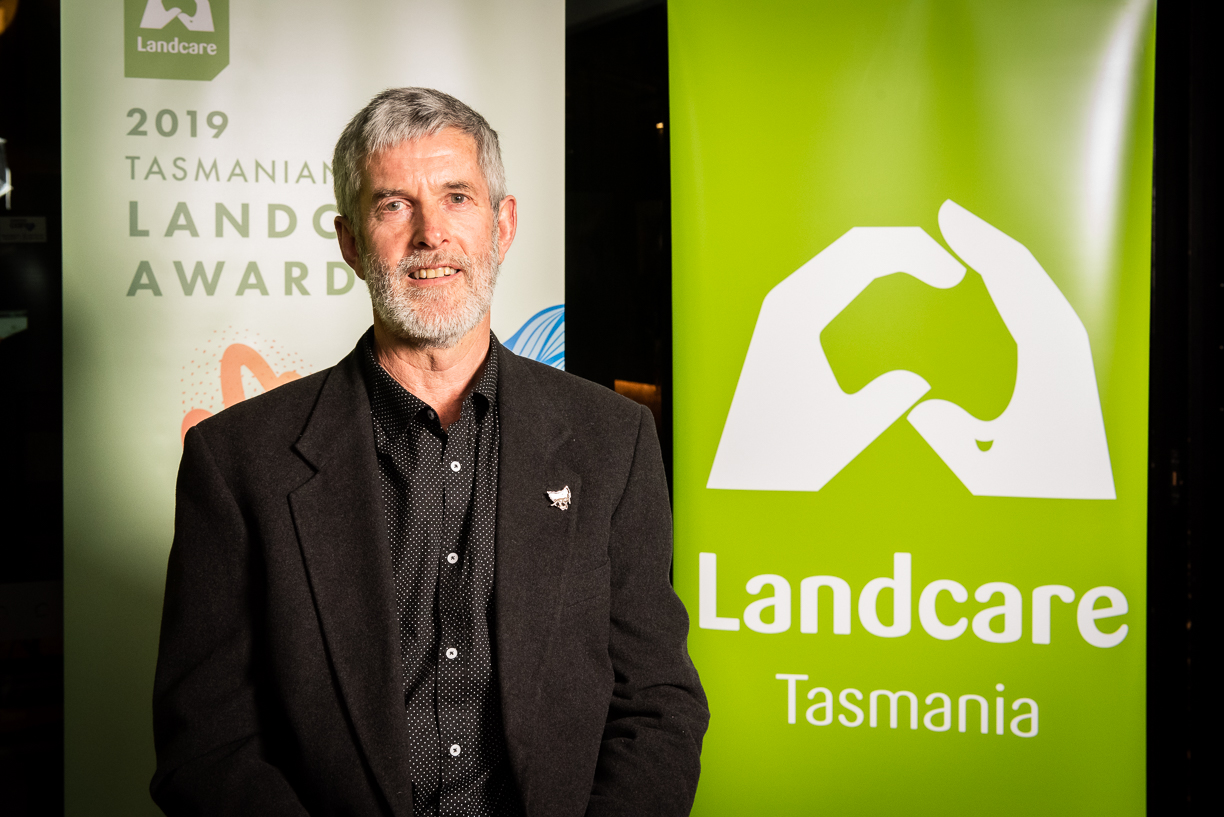 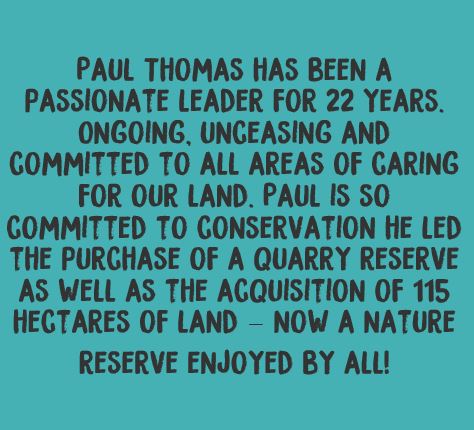 Paul Thomas is an incredible candidate for the Individual Landcarer Award, with a huge line of achievements for the land under his belt.  The judges must have made some tough calls - this award was taken out by Western Australia's Basil Schur. 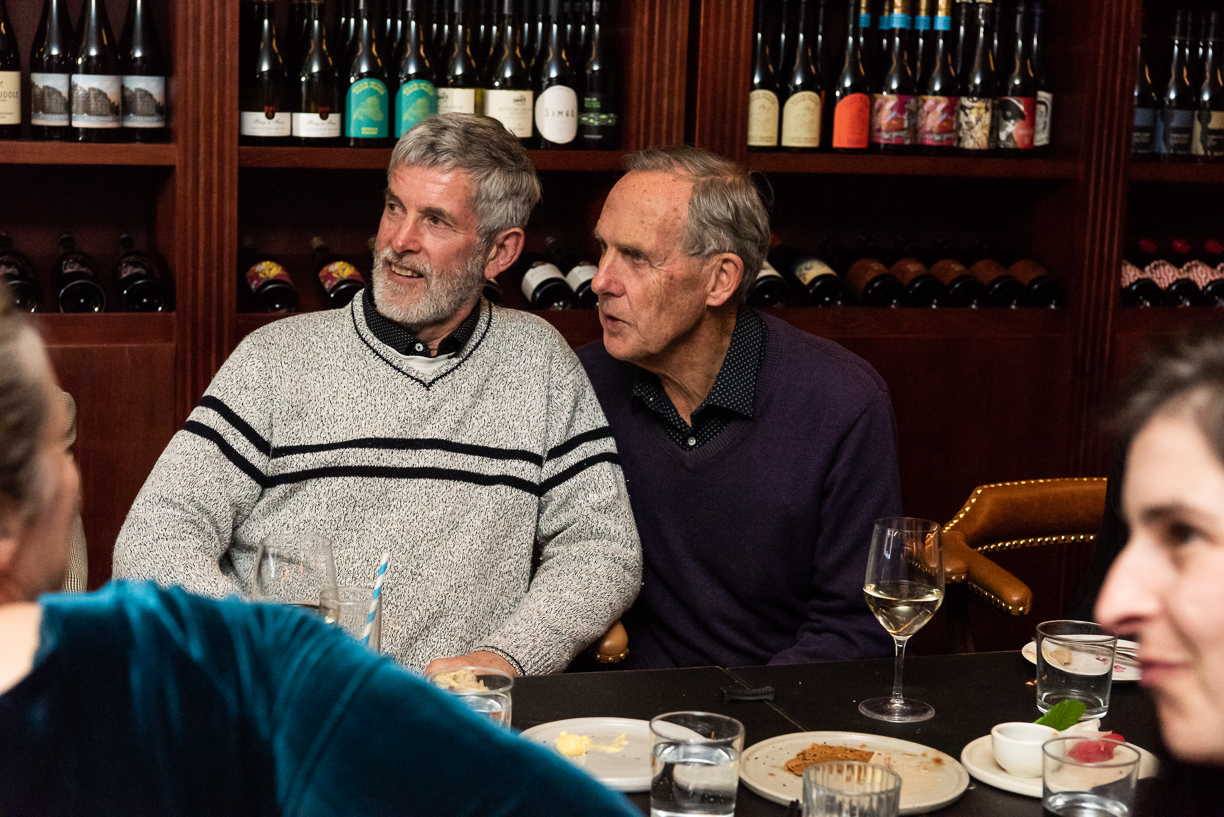 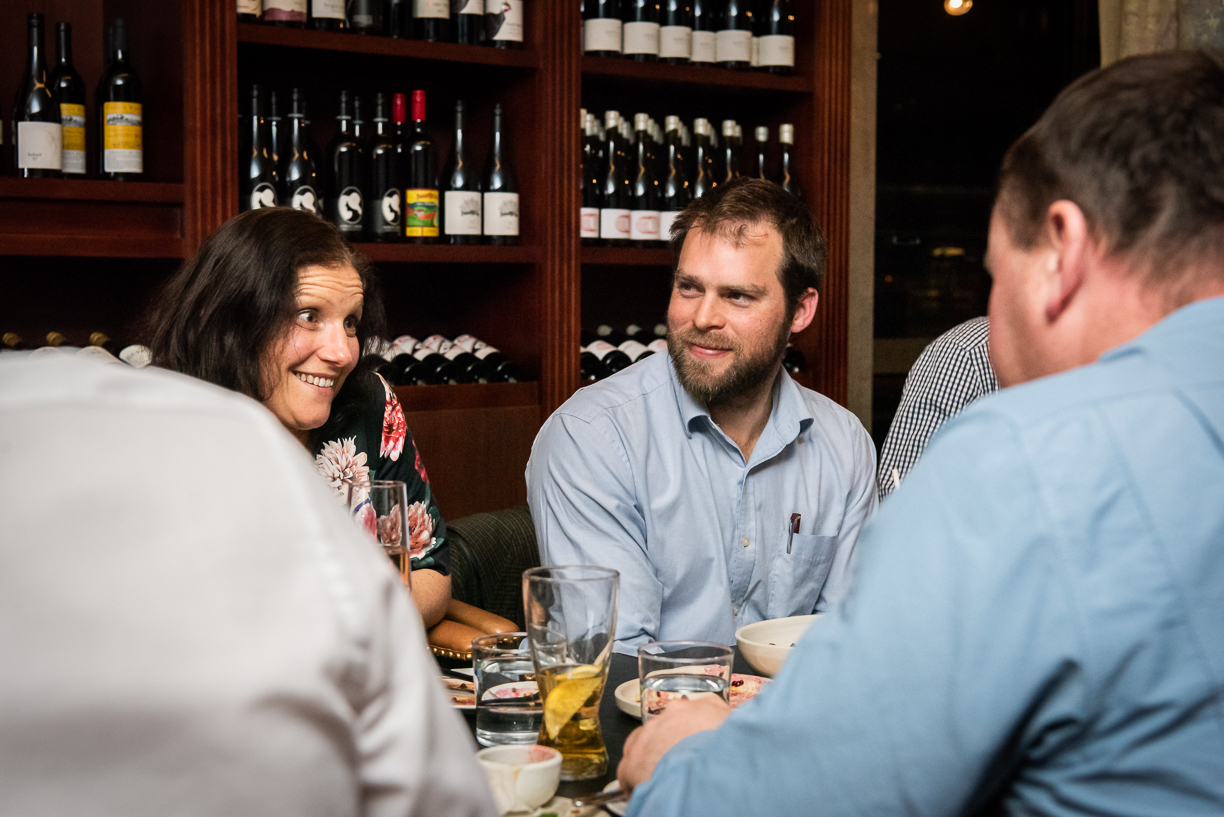 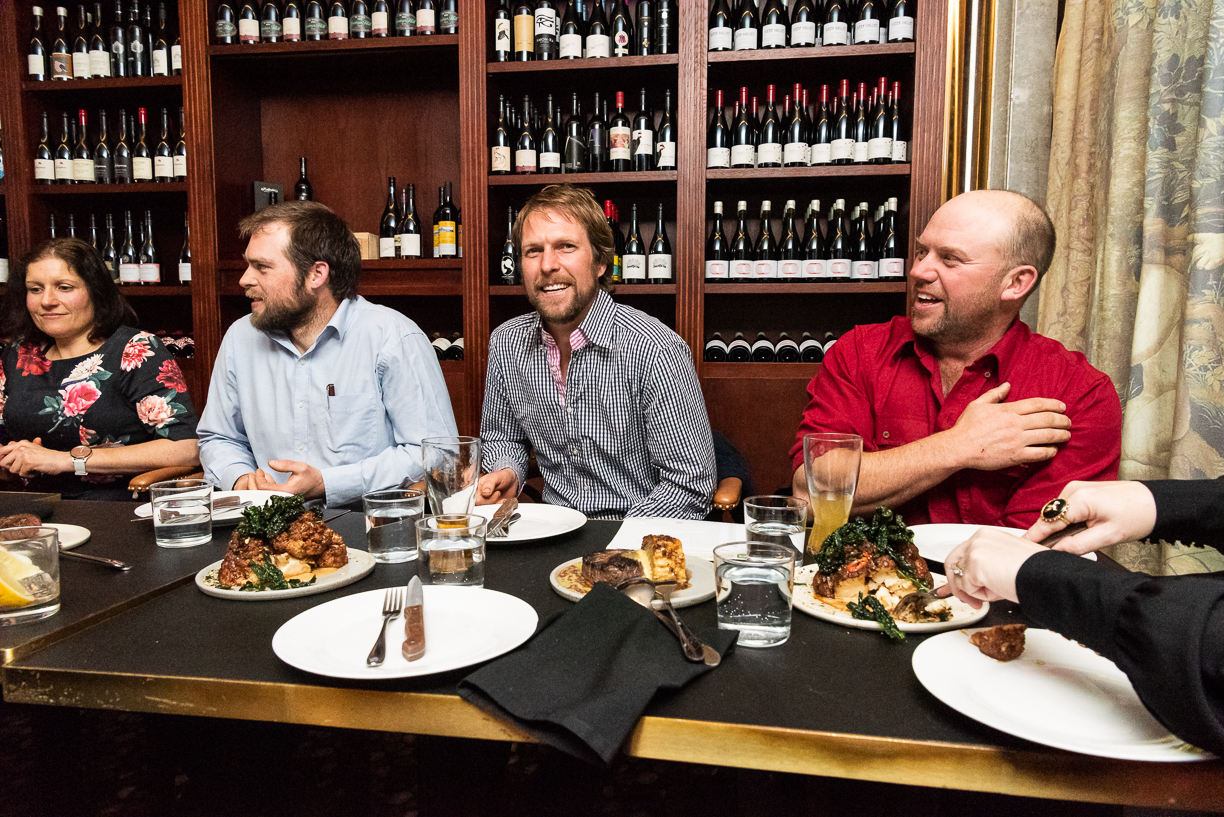 Food and drink enjoyed by all. Are you ready for the hot seat Soil First Tasmania? 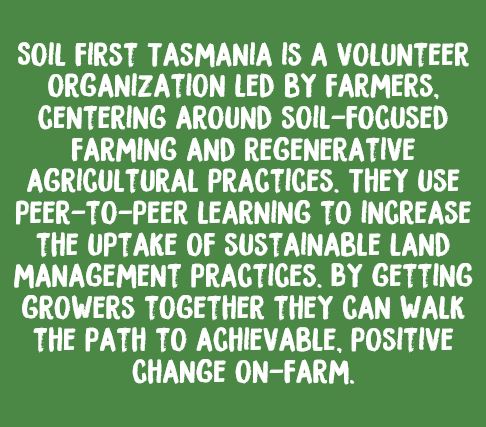 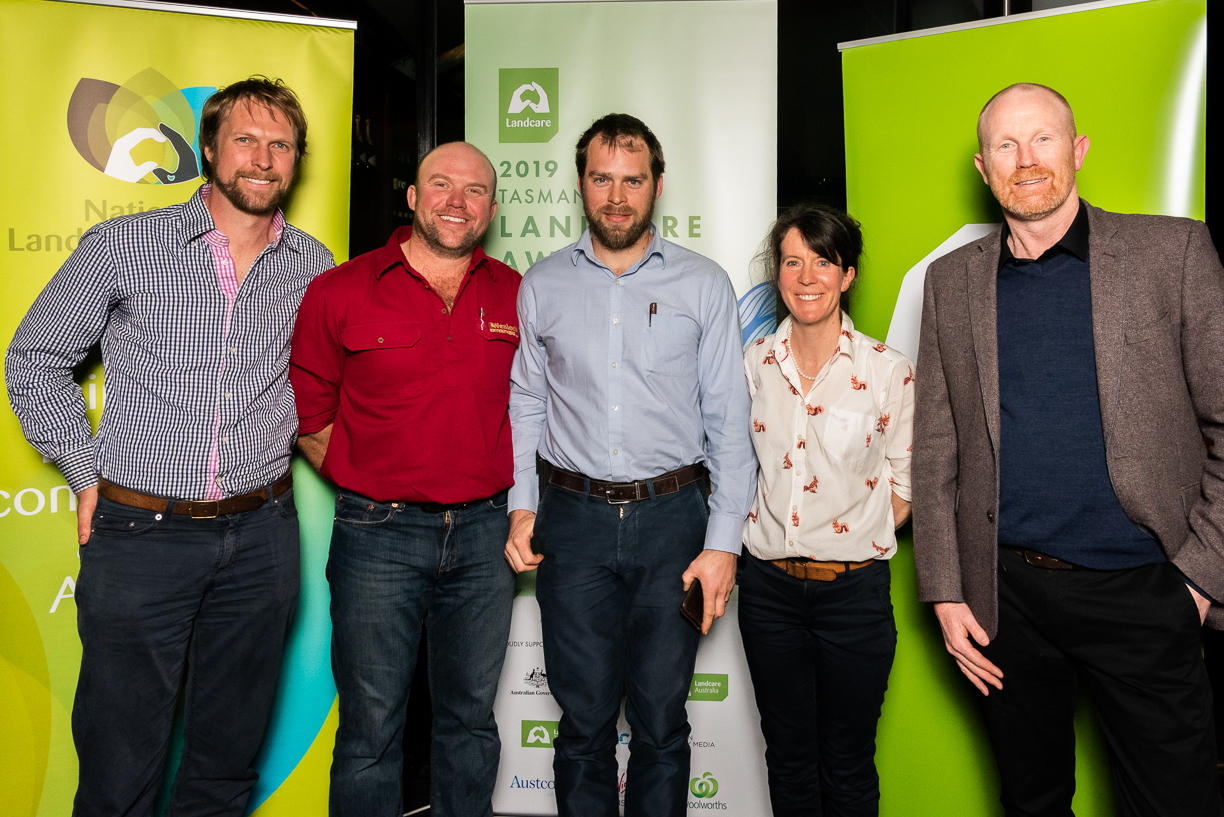 Soil First Tasmania, finalists for the Landcare Farming Award, gather together to hear the results.  This time, the national farming award went to Amarula Dorpers from northern NSW. Are we going to have to up our game in Tassie? Congrats NSW! 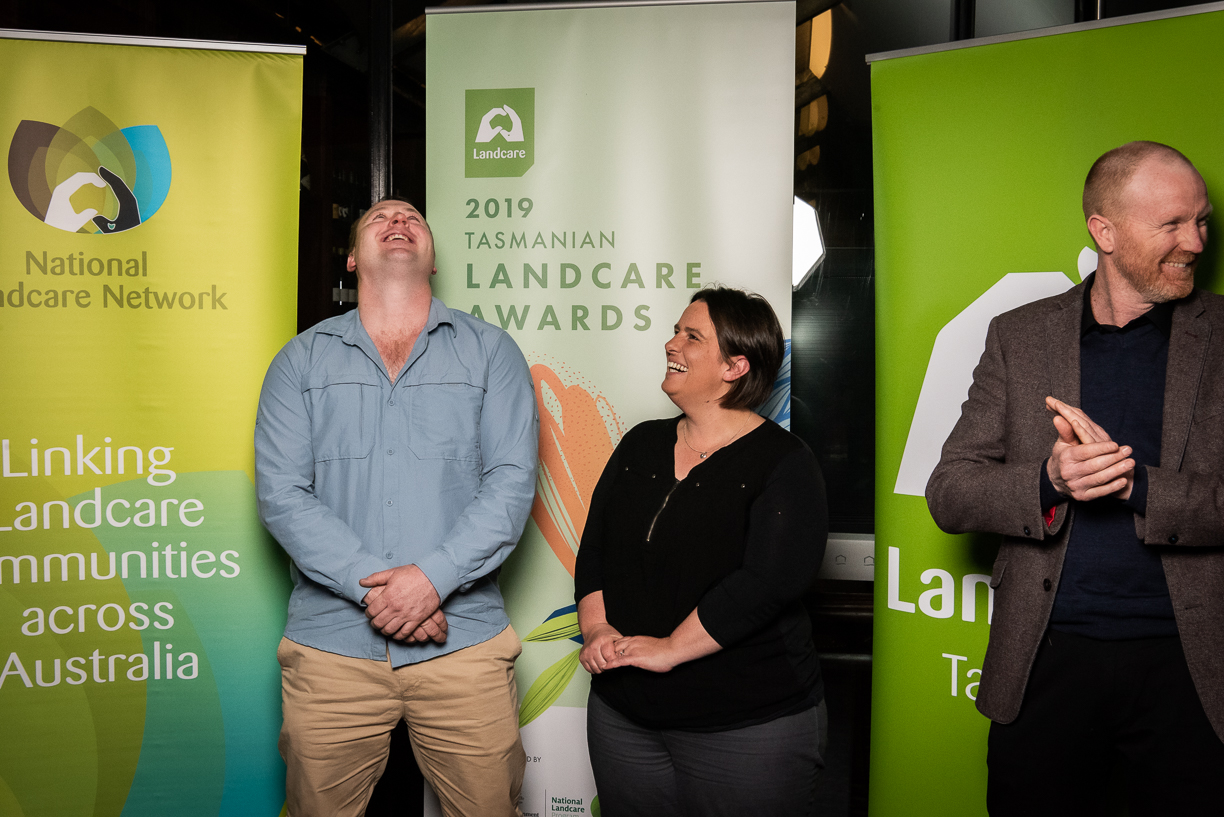 The moment Michael and Rochelle Nichols heard that Redbank Farm had taken out the national award... 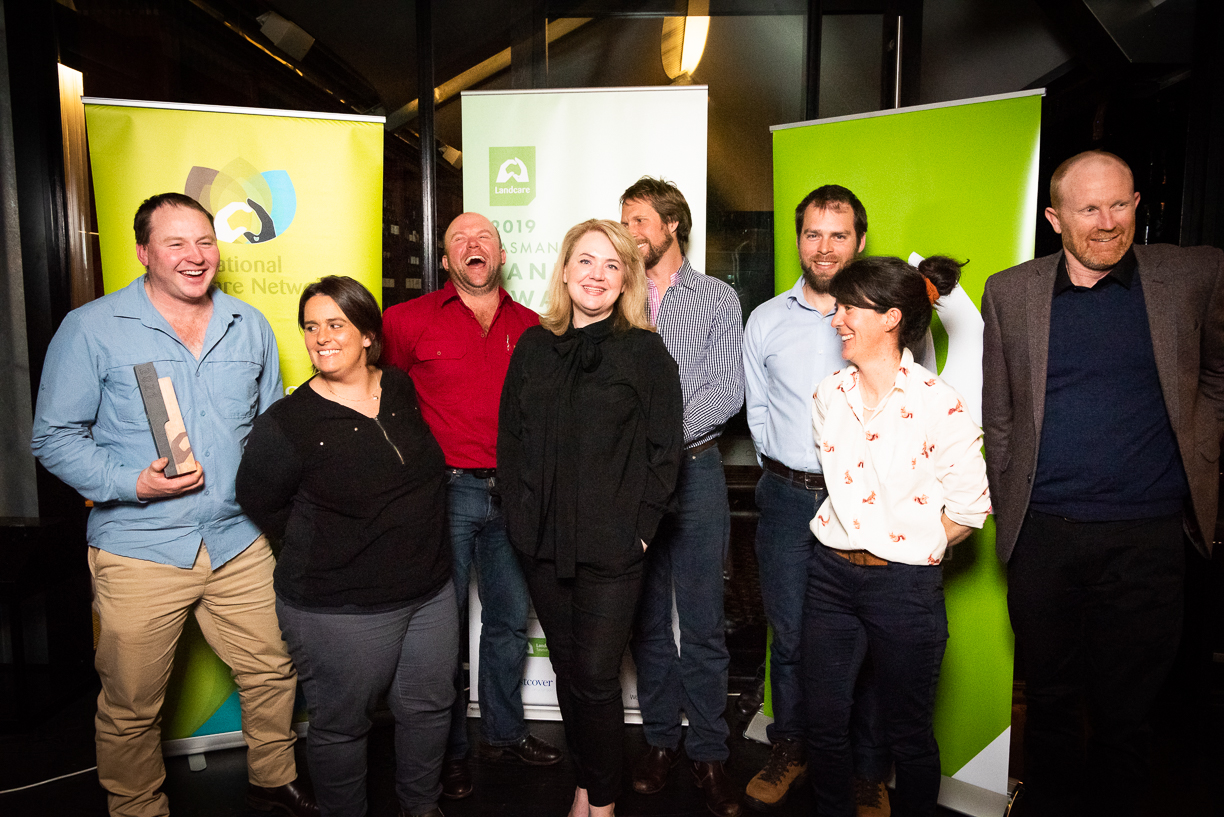 "I'm flattered to have taken home the national award and it highlights the hard work we have put in to precision agriculture, which has allowed us to reduce our fertiliser usage and maximise yields" said Michael. 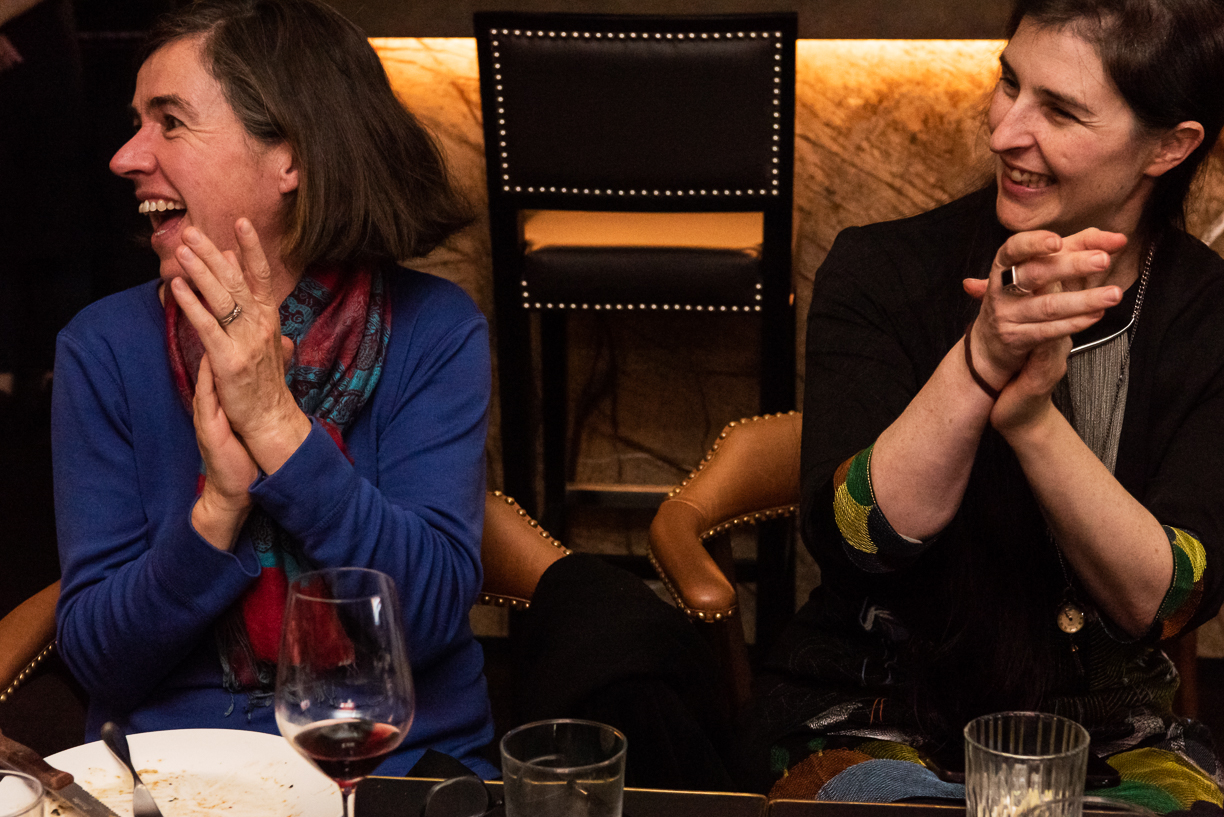 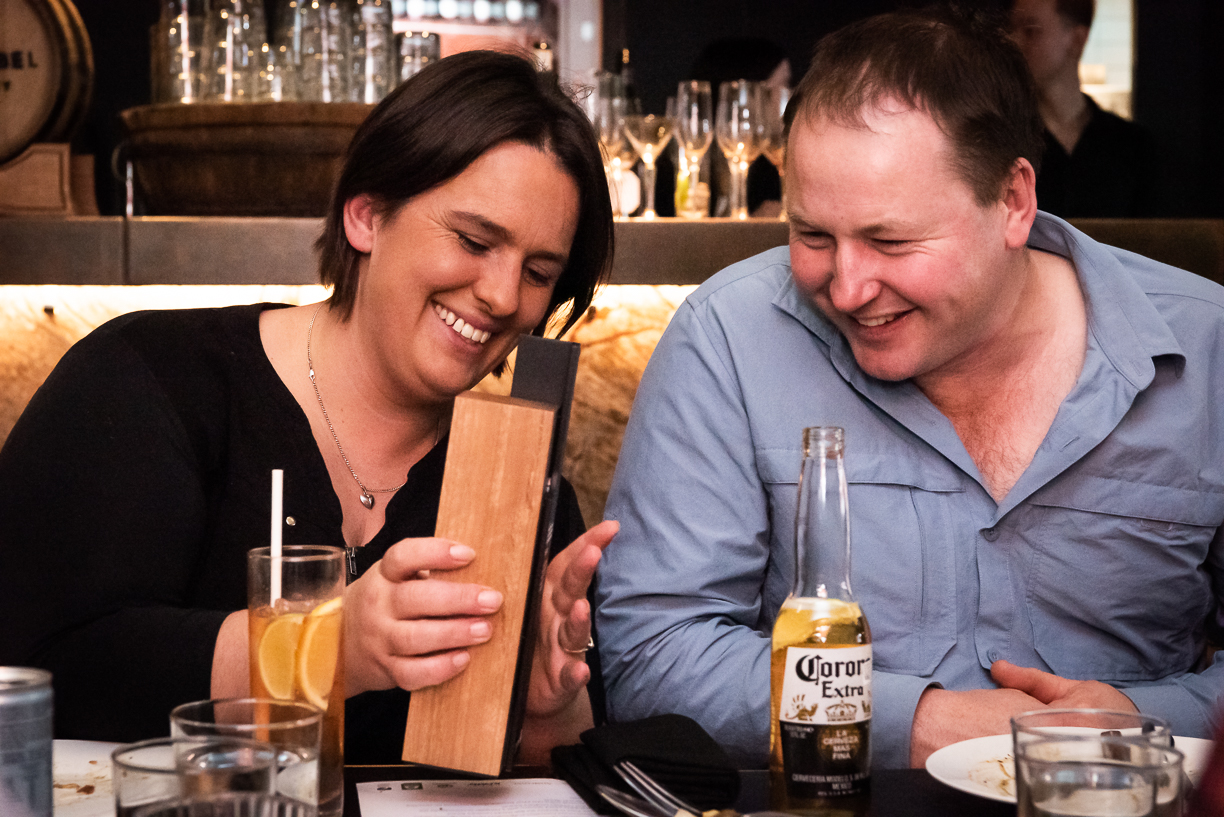 Rochelle and Michael admire the new award. A very hard-earned and well-deserved effort. Congratulations all!

>READ MORE ABOUT REDBANK FARM AND THE NATIONAL AWARD

A huge thank you to everyone who came along to this special evening celebrating all of your exceptional efforts for the land across the State, and getting the opportunity to check out all of the great stuff happening nationwide.