Landcare Tasmania and Acton Park Landcare had a successful day planting at Mt Rumney to support much needed habitat for local wildlife. 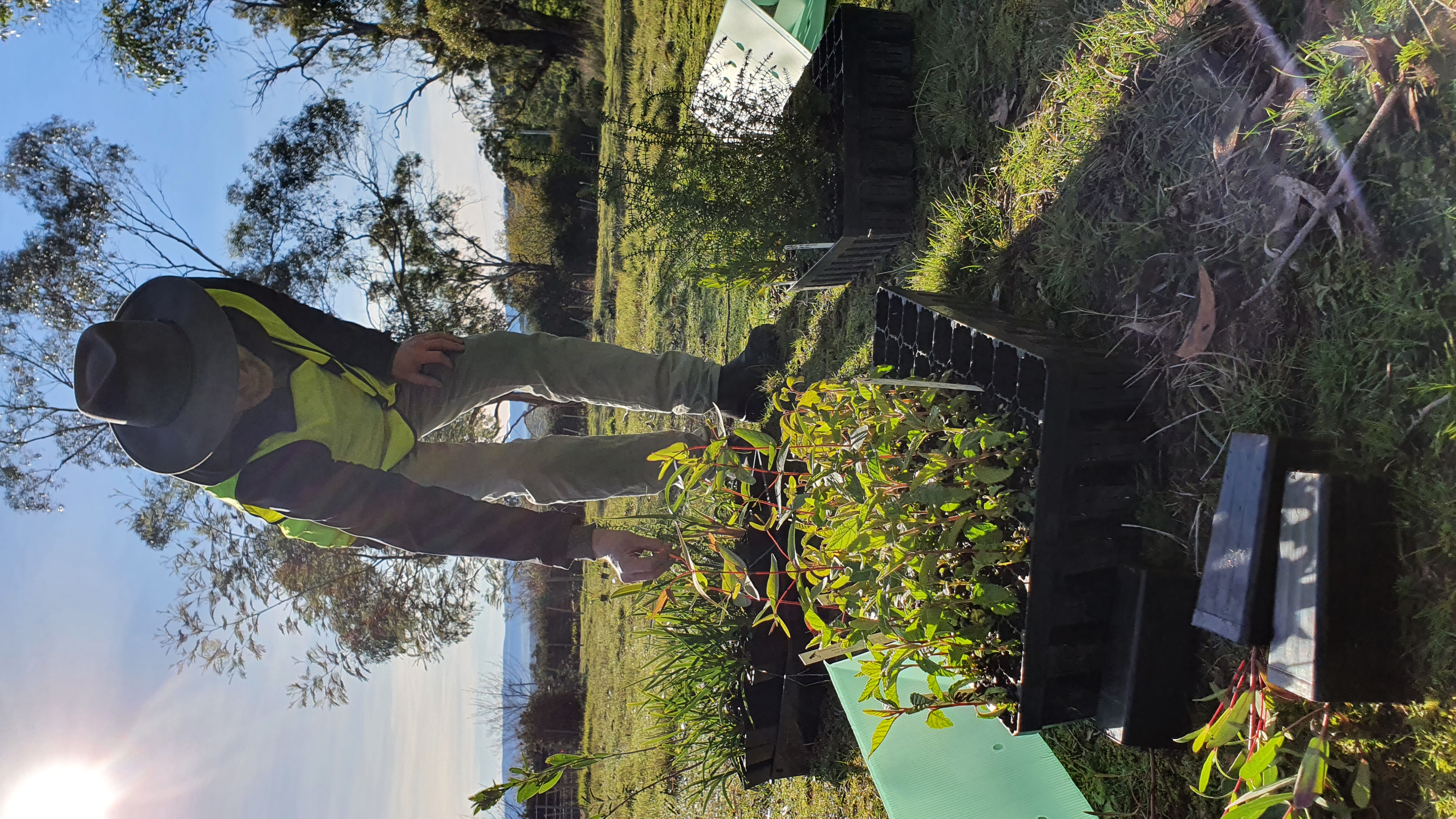 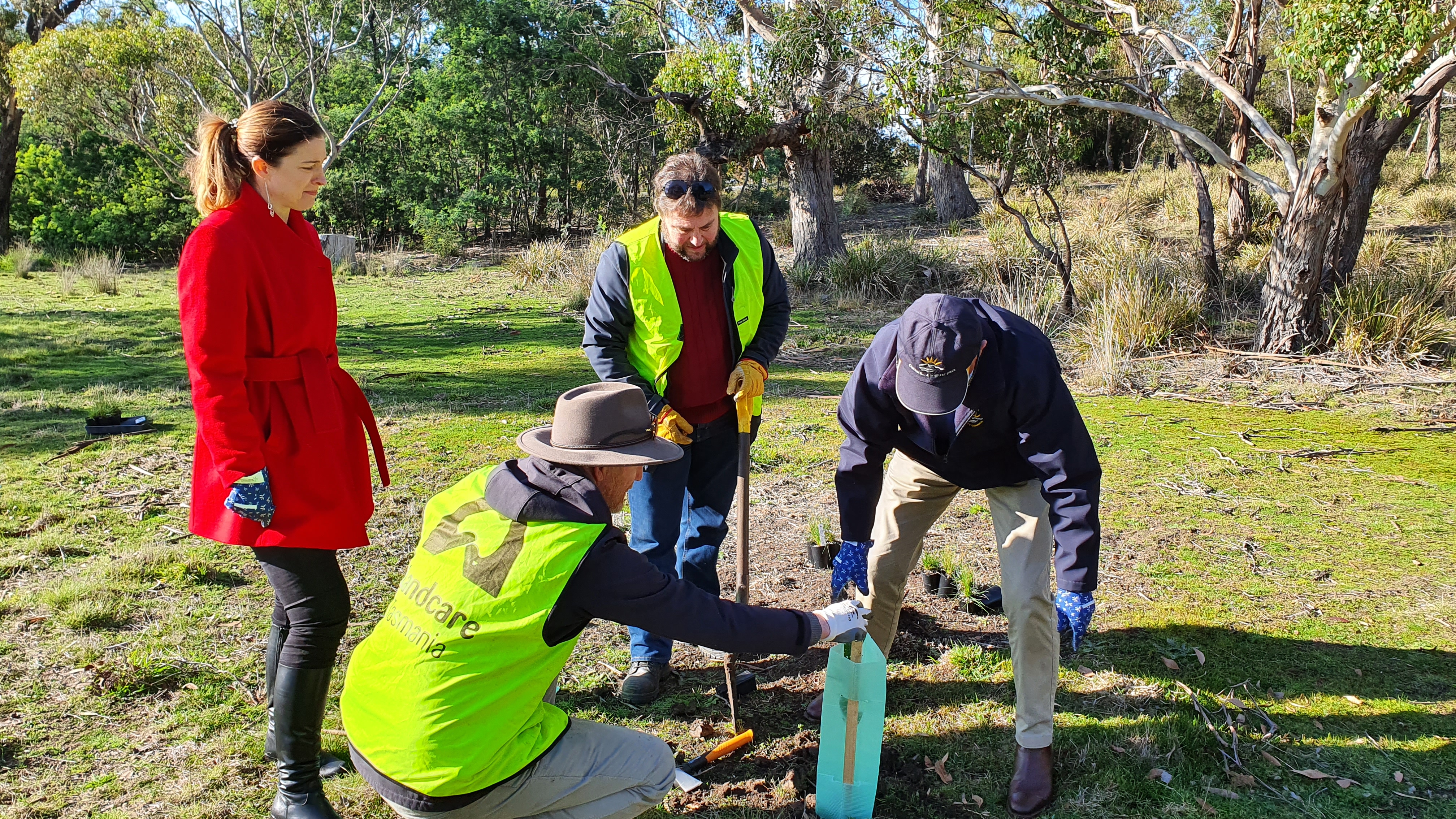 Eager Landcarers came out in the sunshine for a day of planting at Mt Rumney on 24 July - marking the start of National Tree Day and the lead up to Landcare Week. Volunteers spent the day putting in native plants to provide habitat for local wildlife, in particular the eastern barred bandicoot and southern brown bandicoot.

220 native plants were planted by members of Acton Park Landcare, UTas Landcare Society and volunteers, as part of a project to enhance habitat for prey species of the endangered Masked Owl – the largest species of Barn Owl in the world – which is known to live in the Mount Rumney area.

Landcare Tasmania CEO, Rod Knight, said “It was great to see volunteers once again coming together in numbers to do their bit for the local environment, and to be operating successfully under new arrangements designed to deliver COVID-19 safety.”

The planting is part of a project funded through the Communities Environment Program (CEP), with strong support from the Member for Franklin Julie Collins.

In addition to the planting, wildlife night cameras will be installed to monitor success in attracting bandicoots and other wildlife that owls and other raptors feed on, helping increase the overall health of biodiversity in the area.

Mayor of Clarence Doug Chipman also spoke at the event, highlighting the importance of the cooperation of Council and local communities in enhancing the environment in Clarence.

Julie Collins said “It was wonderful to be able to take part in this important event. Restoring habitat for the Masked Owl is crucial to ensuring its long-term survival.”

The project was featured on Nightly News 7 Tasmania.

"Volunteers have been busy doing their bit to protect iconic endangered species" they report.

"[Our mission is] to try and improve habitat for small native mammals.  Its part of a bigger program designed to improve the prospects for endangered animals like our owls" says Landcare Tasmania CEO, Rod Knight.

"We are trying to encourage the native prey species, and then the raptors, to survive here." says Landcare Volunteer, Evie Drinnan. 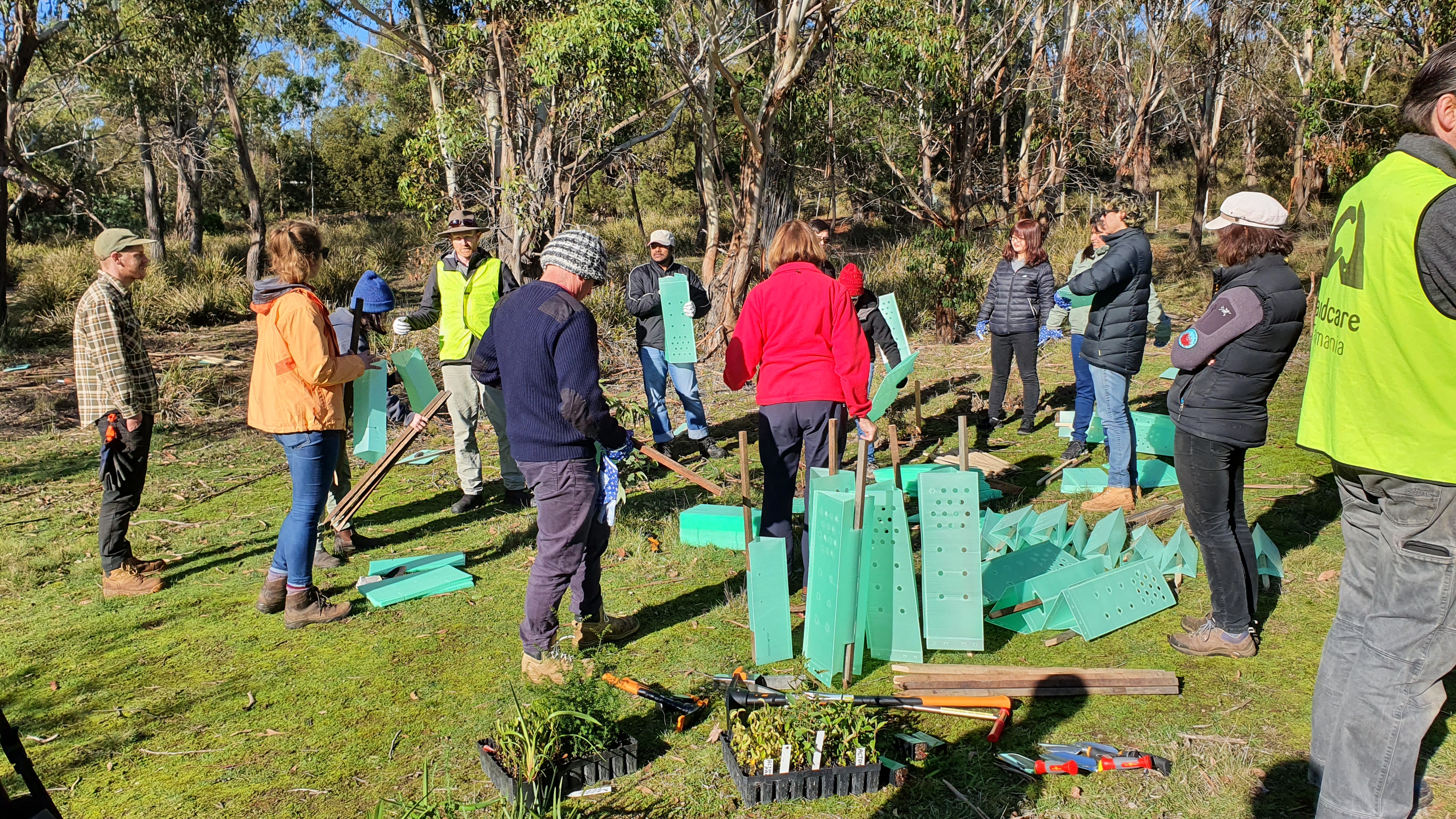 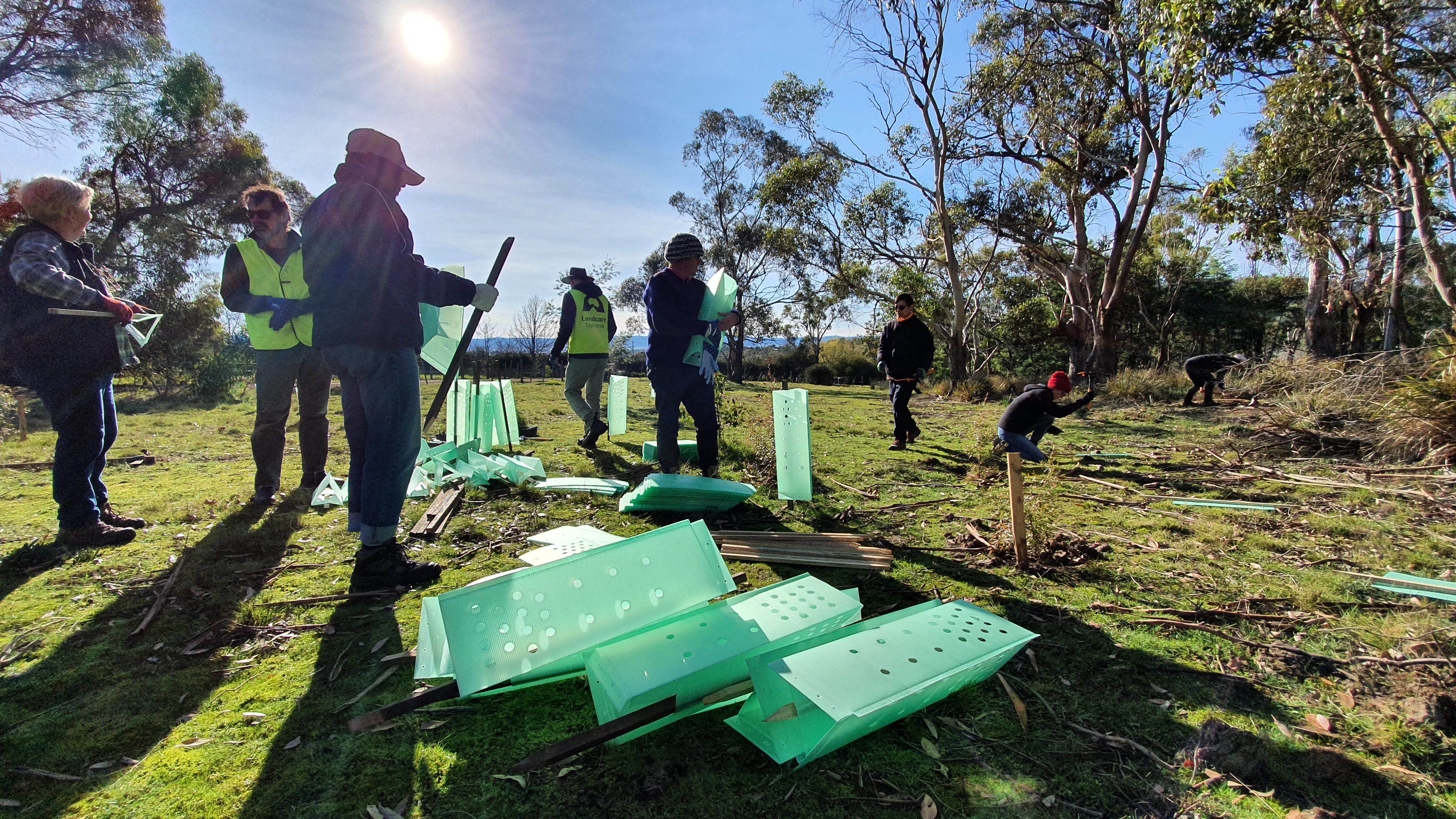