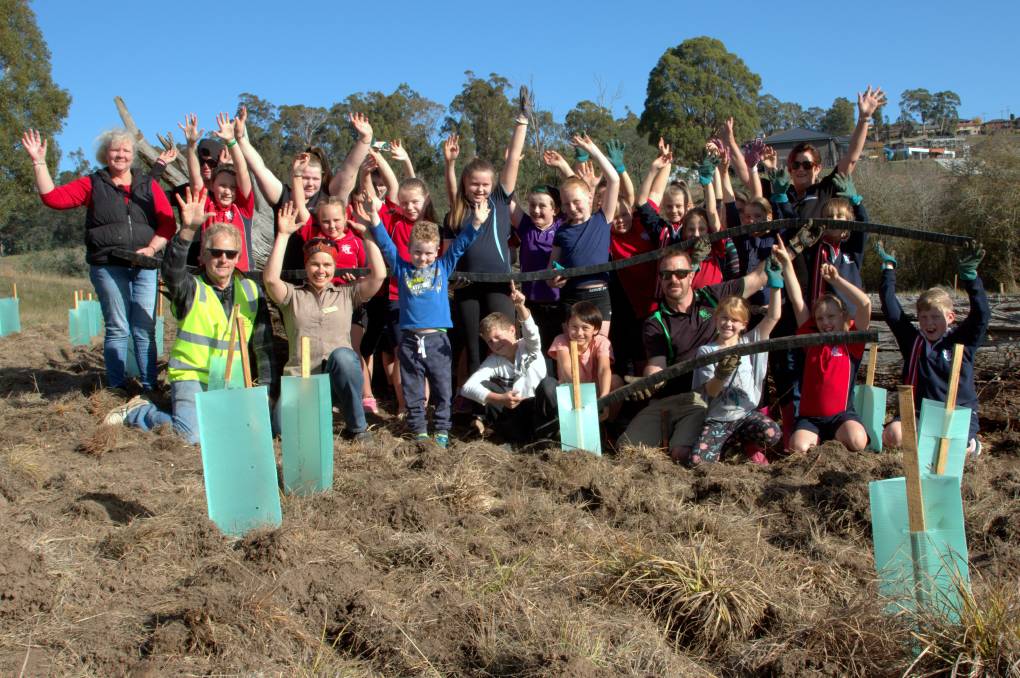 Volunteers take part in an event co-ordinated via the Tamar NRM.

For the past 21 years, the health of the Tamar River estuary has been put front-and-centre in the minds of councils, communities and governments - thanks to the hard work of a group of dedicated and organised individuals.

Tamar NRM will now represent Tasmania as the national Landcare awards in Sydney in November.

Volunteers were congratulated at an event at the Tamar Function Centre this week, allowing Tamar NRM to reflect back on the work over the past two decades.

Tamar NRM president Roger Tyshing said the connections through Northern Tasmania - whether it was with councils, governments or local communities - had enabled the organisation's success. 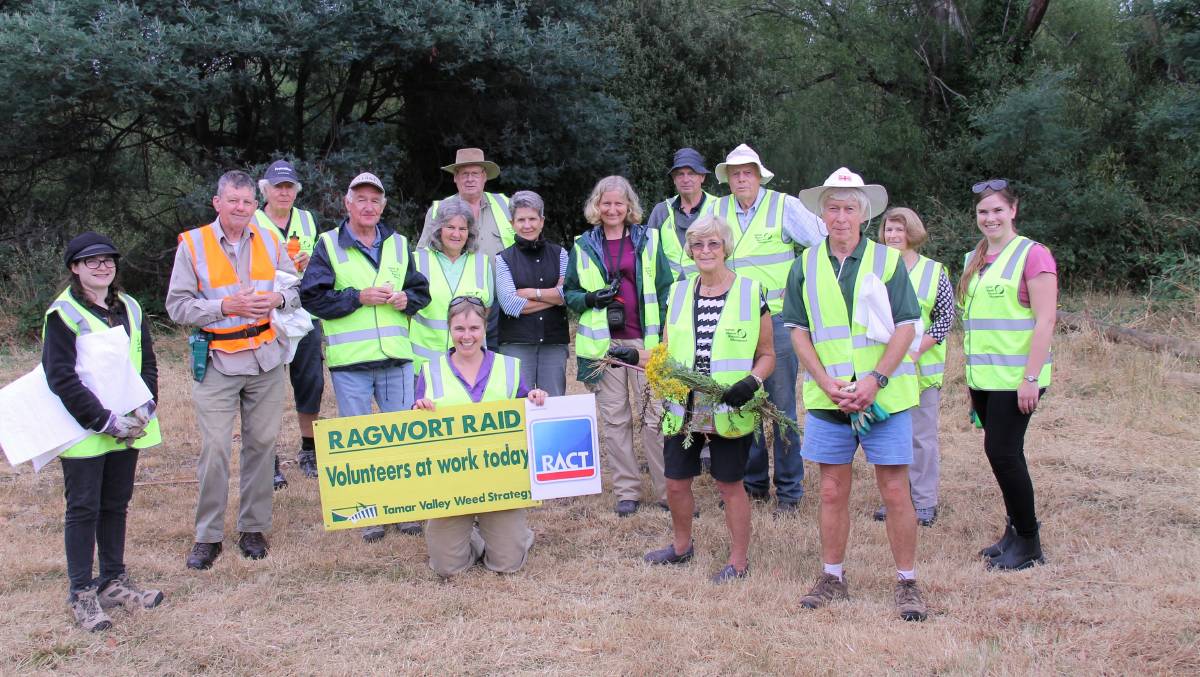 The removal of ragwort has become another focus for Tamar NRM and its partners. Picture: supplied

"It's our ongoing partnerships and grass roots, bottom up, flexible approach that has led to our success," he said.

"We wanted to hold a function to acknowledge the partners, and all the volunteers that enabled us to take out the Landcare Award and an opportunity to revisit Tamar NRM's beginnings."

Before 1998, co-ordination of efforts to protect and enhance the region's biodiversity were largely fragmented.

The City of Launceston, West Tamar Council and George Town Council combined to launch a pilot program that went on to become the Tamar NRM.

Along with the involvement of stakeholders and the community, a management strategy was put together that has stood the test of time.

Christine Materia-Rowlands gave a presentation at this week's celebration, emphasising how Tamar NRM had become an example for similar organisations across the country.

Ms Materia-Rowlands, formerly of the Department of Premier and Cabinet, helped to develop the original Tamar NRM strategy in 1998. 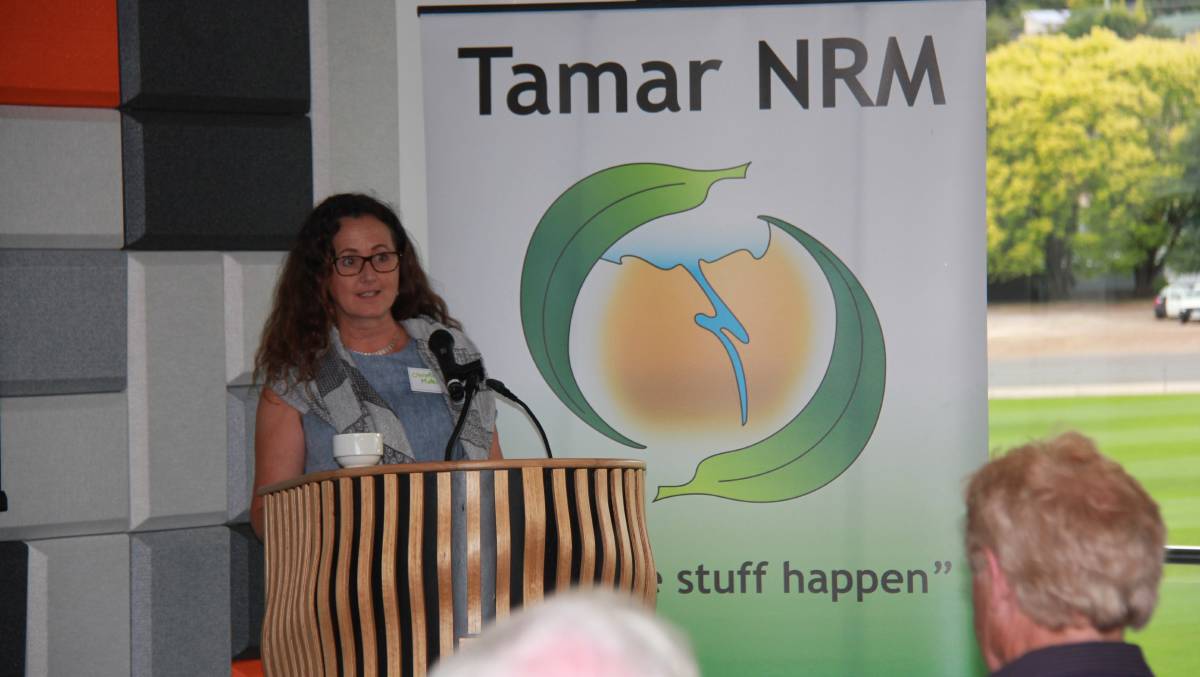 "The Tamar NRM sub-regional Management Strategy, 1999, was a pilot and a case study for what natural resource management delivery might look like across Australia," she said.

"There are now more than 50 NRM regions across Australia and all have produced a strategy.

Since 2000, they have successfully been able to attract more than $7 million in funding through grants and other income streams to enable projects to be carried out.

The organisation has been able to adapt to the environmental needs of the region, particularly in regards to plastic pollution, weed infestations and the further development of agriculture.

In 2018-19, Tamar NRM helped to co-ordinate key events including Catch It In the Catchment where groups were brought together for a concentrated effort to reduce pollution in the Tamar River. 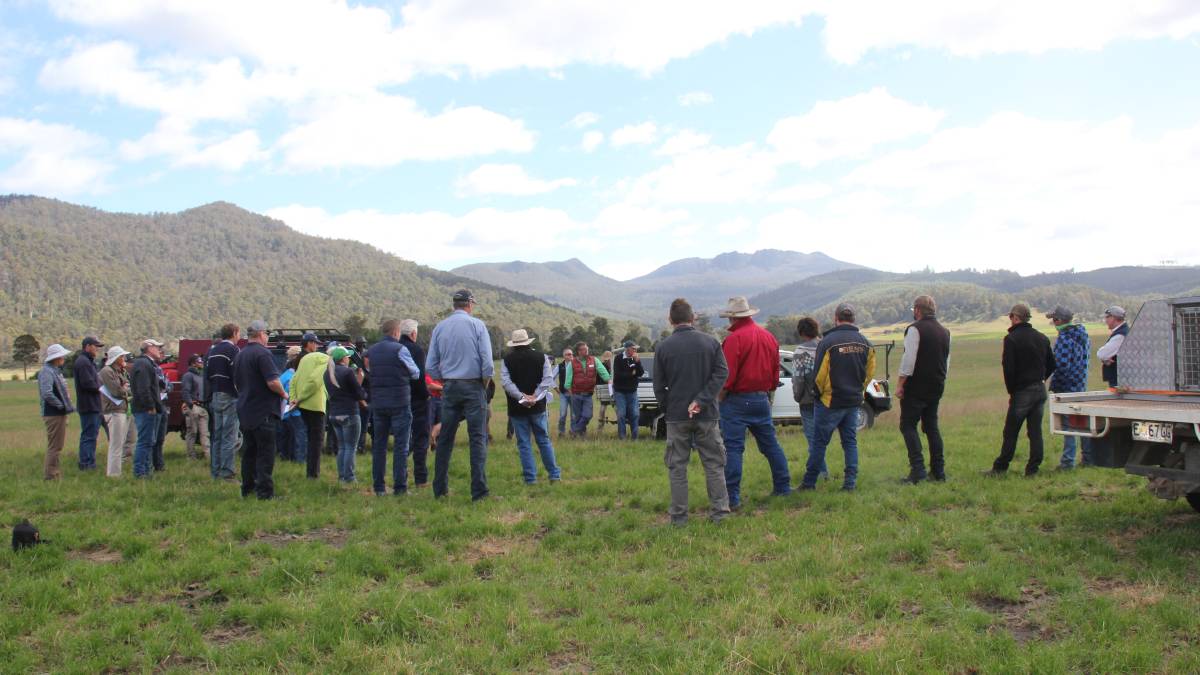 These events involved close collaboration with other stakeholders, such as councils, the Tasmania Fire Service, Landcare, NRM North, Parks and Wildlife, the University of Tasmania and DPIPWE.

Working groups were prepared to get their hands dirty for the greater good, focusing on weed removal, the George Town coastal area and improving knowledge of the impact of plastic pollution, while advocating the plastic-free solutions.

The value of the Tamar NRM was evident in the array of speakers who attended the celebration.