A Lifetime of Landcare 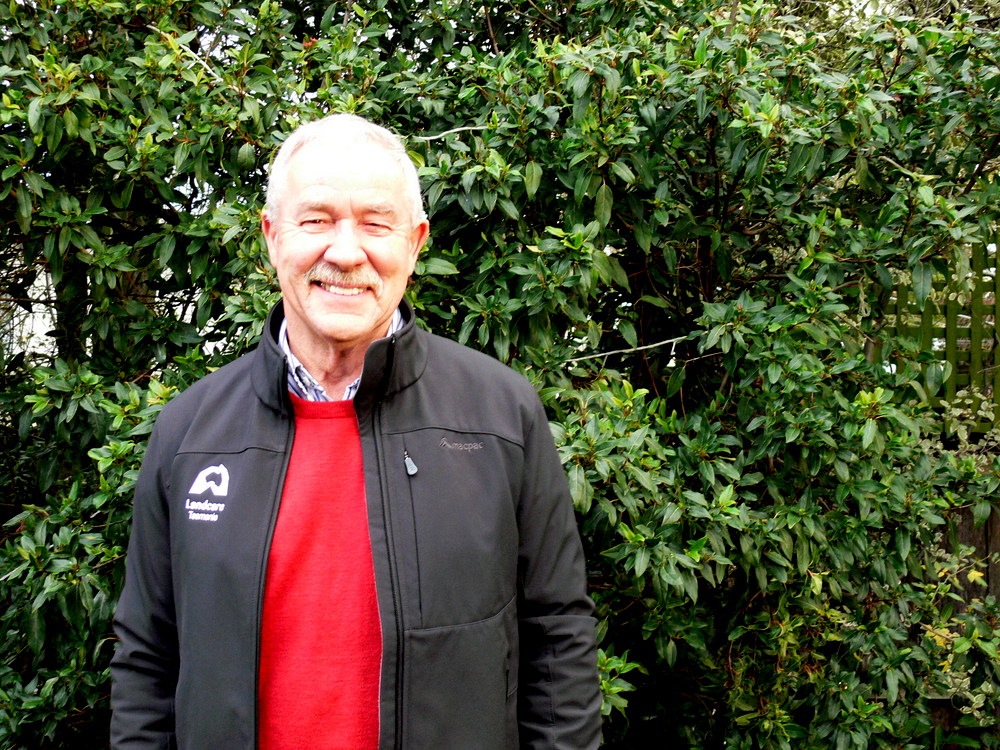 Lyndley Chopping has had a lifetime involvement in Landcare activities.

His work in the area began well before the 1989 declaration of the Decade of Landcare by then Prime Minister, Bob Hawke, and before Landcare Tasmania became a reality.

Lyndley said that declaration by Mr Hawke was ‘an interesting time of coming together – of the appreciation from country folk and peri-urban residents that we had common interests’.

“The more ‘green’ element in the community were more vocal and active earlier than the country folk who had been doing their own thing quietly anyway. That was a meeting of the ways from then forward and has been a productive time for everybody,” he said.

During that decade of co-operative volunteerism Lyndley saw people doing their own individual effort, forming groups around the countryside and in peri-urban areas too.

He helped form one of the first Landcare groups in the State – the Upper Derwent Valley Landcare Group in 1991 and was inaugural vice-president. The headquarters for the Landcare group were established in the redundant schoolhouse at Hamilton, but Lyndley’s active Landcare work started decades before.

Growing up at Ouse, where his family farmed, he knew about ripping and fumigating rabbit burrows from a young age.

“Anyone trying to make a living off the land in the 1960s and 1970s knew that the first thing to do was to get rid of the rabbits,” he says.

“When we got the rabbits under control, we started planting shelter belts. My grandfather grew the young trees at Taroona, and we carted them up to Ouse for planting. We had to water them for the first two to three summers with the fire-fighting Furphy water cart.”

Lyndley recalls the early 1990s when the Department of Agriculture sponsored Landcare, supplying an executive officer in the TFGA offices. Katrina McKay was the first Landcare officer, followed by Don Defenderfer, and in that time the individual groups formed the Tasmanian Landcare Association.

“They started having annual conferences and pulled volunteers together. I believe strongly that this is a volunteer-based organisation and that must not be forgotten,” he says.

The trials and tribulations of farming and caring for peri-urban and rural plantings included drought – so trees had to be watered – but sometimes they also had to put up with grasshopper plagues that would ‘eat anything green’. A lot of the early plantings have consolidated well, albeit thinner than the original plantings.

To get away from planting individual trees, the Midland Tree Group pioneered direct drilling, along with Tim and Rob Parsons from Hamilton. That was a big shift in thinking for Landcarers.

The 2000s saw another big change, moving to whole of catchment approach for the Landcare groups. The individual groups shifted to a collective and they got together on a catchment basis to tackle a hill or a valley or a river – and that was the start of the current approach of broader scale work. That was also when the North-Facing Slopes management program was developed at Ouse.

“It was part of the early work on the Whole Farm Management Plans scheme,” says Lyndley.

Lyndley’s Ouse farm of 1000 hectares (2500 acres) was a sheep, cattle and poppy enterprise and he saw a big benefit from the Landcare ethos to the whole countryside.

“His trust is the basis for the fund. John and his recently deceased wife, Pat, were wonderful people. Their Landcare Fund is a real pillar of Landcare Tasmania. It provides opportunities for direct contact with young people, school projects and practical projects for the whole community. Executive Officer Margie Jenkin, Leanne Sherif, Lola Cowle and others handled the whole grants programs very efficiently. We have to do our part and contribute to the Landcare Fund as the whole Tasmanian community,” Lyndley says.

Lyndley became president of Landcare Tasmania from 2006 – 2010 and was on the original executive of the National Landcare Network (NLN) that was established in that time.

During this time Landcare Tasmania participated in many National Schemes (National Landcare Plan, Caring For Our Country etc) and Pete Stronach, who was the Project Officer, is still on staff.

“We realised that there was huge value in being a national voice for the individual states. It is great that it is still going. It really is needed – more so today than ever,” he says.

“On the State level, the importance of the Members’ Council cannot be over emphasised either.”

Lyndley believes Landcare has resulted in ‘making the countryside better and you feel like you’ve done something in a small way towards that’.

“It has given an opportunity for other people to participate.”

His view is that people should ‘get in there and have a go’ as it benefits them, the community and the environment.