Field Trip to the Meander Valley

The first stop on this trip was the the banks of the Meander River, where we looked at the work of the Quamby Bend Landcare Group and private forestry company Forico.

Farmers of the Quamby Bend Landcare Group have controlled willows and other weeds on over 10 km of the Meander River over the last 20 years! These projects have been supported by Landcare Tas and have helped greatly to reduce the impact of floods and stabilize riverbanks by planting native vegetation instead.

This year the Quamby Bend Landcare Group with State Gov funding got together with Forico and planted over 2000 native plants to provide a biodiverse habitat and reduce erosion.  It was great to see this project in action.

Next stop - Lunch! A delicious lunch was provided by 41 Degrees South Salmon Farm.

We weren't JUST stuffing our faces.  We learnt about the environmental practices of inland fish farming including their system to clean water from the fishponds by running it through a wetlands area.

The next stop was Woodlands, where farmer Tim Schmidt grows beef and a variety of crops. Tim is also the president of the Australian Hemp Council, and told us about his hemp growing business. He is selling his own grown hemp as oil and other products in shops and on markets in Tasmania, as well as through his online shop, The Tassie Hemp Shop.

Tim has used different methods to stop erosion of the Meander River that flows through his farm. He
also planted over 1300 plants this year (funded through the Landcare Actions Grants and supported by the JM Roberts Charitable Trust).

These plantings will provide biodiversity benefits as well as benefits for the farm through shelter for stock and beneficial insects. Herbert Staubmann from Habitat Plants Nursery in Liffey used Tim’s planting to demonstrate to us how to make such a planting a success! 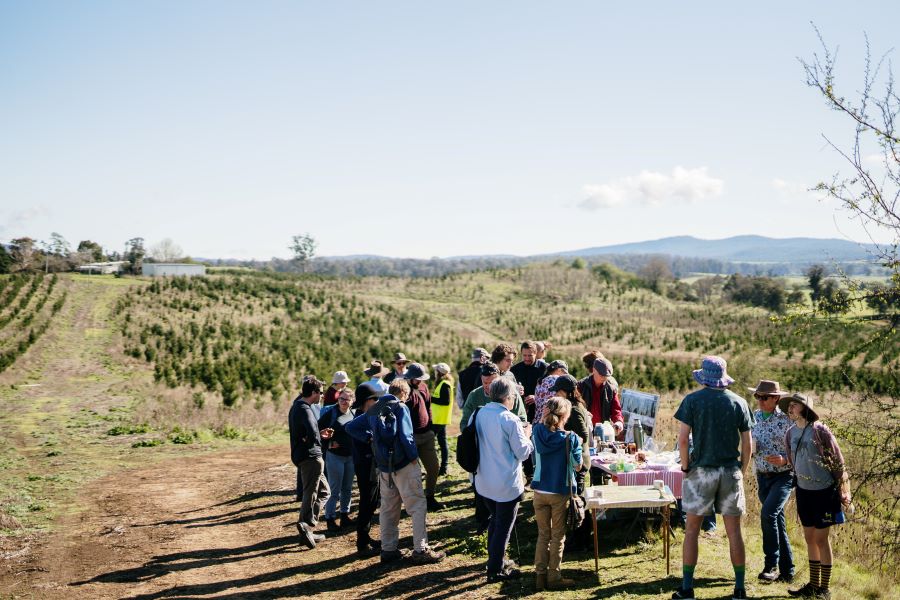 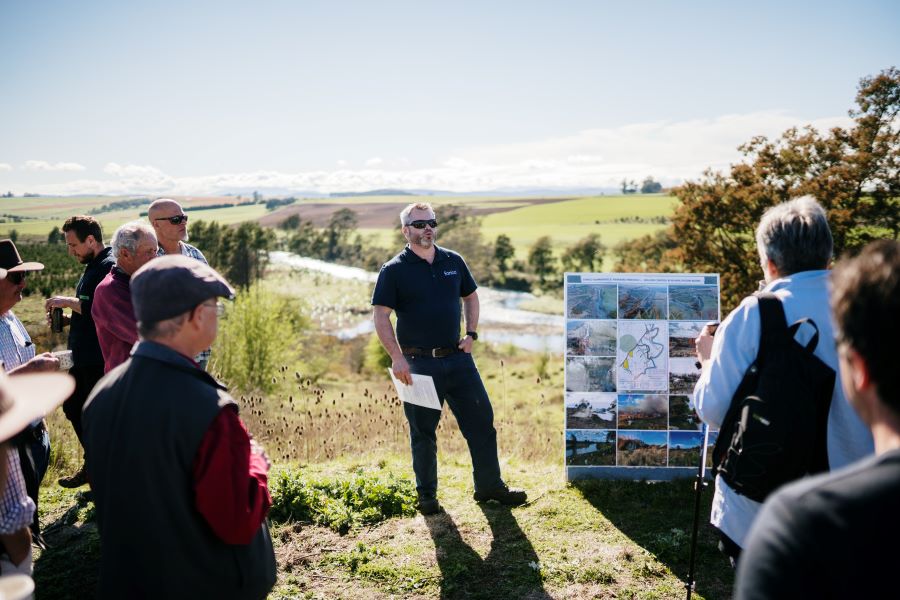 Adam Crook from Forico explaining their work of willow removal and revegetation on the Meander River. Image: © Nick Hanson 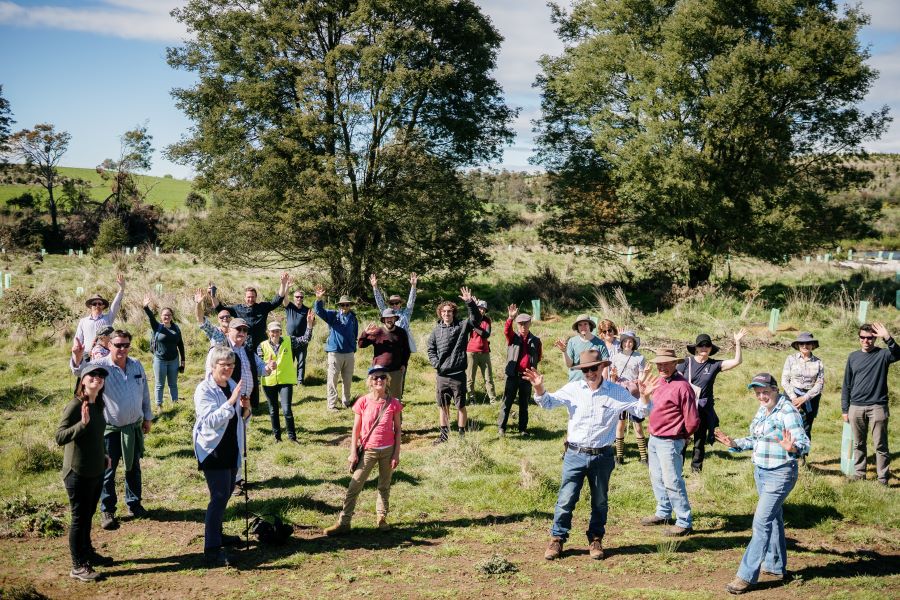 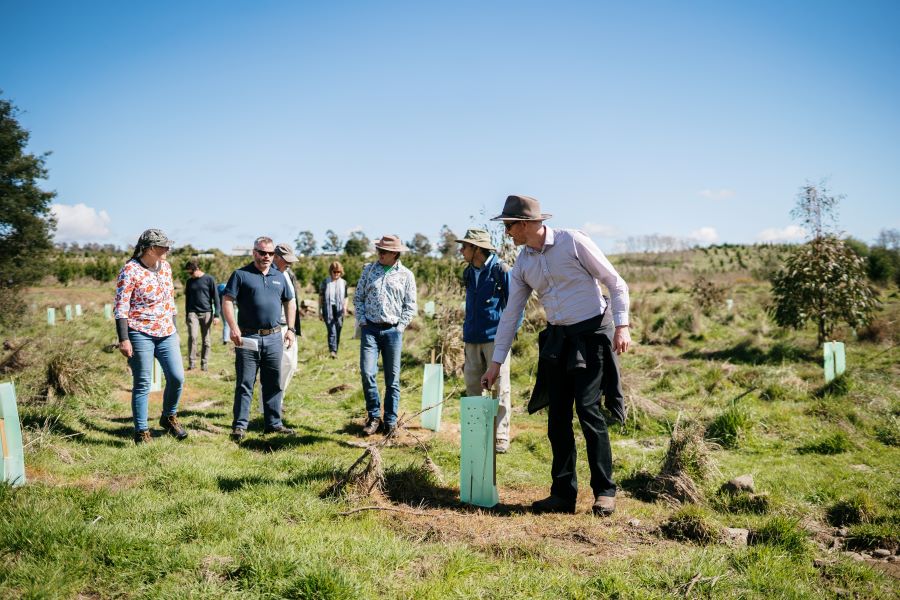 Checking the progress of some of this years Landcare Action Grants planting. Image: © Nick Hanson 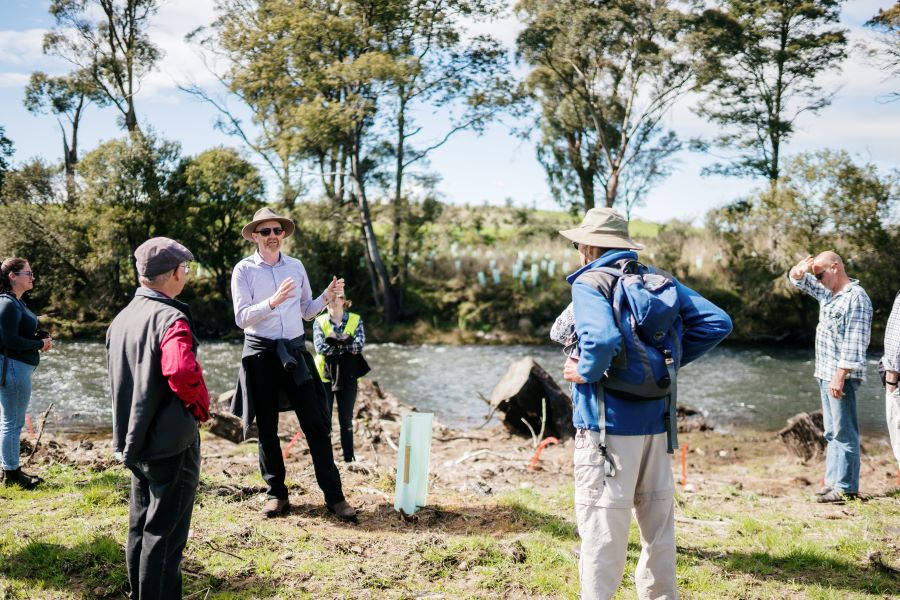 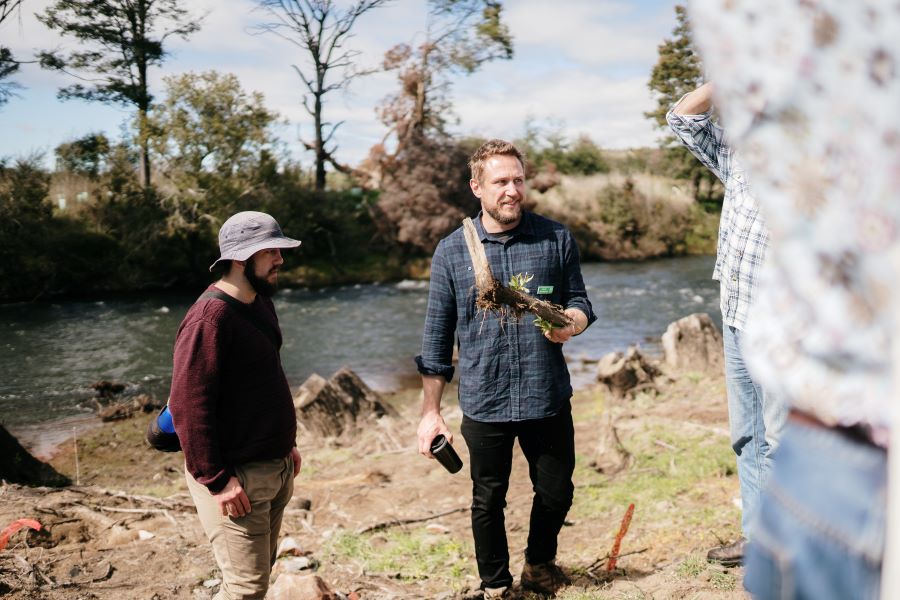 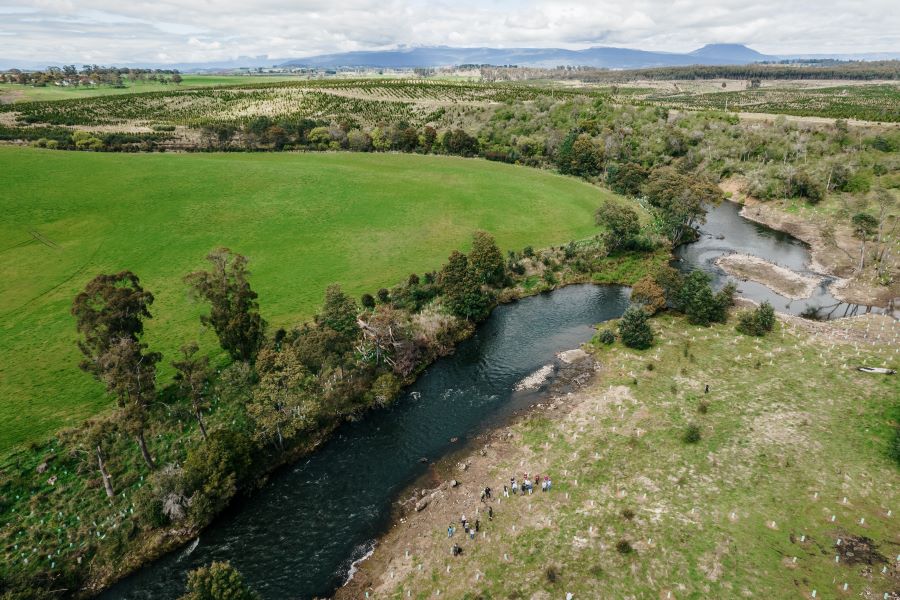 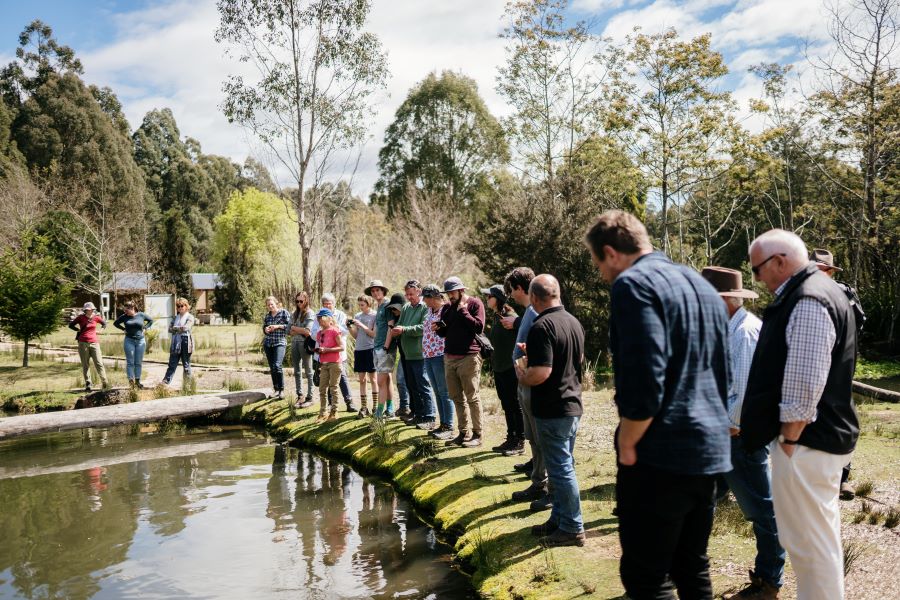 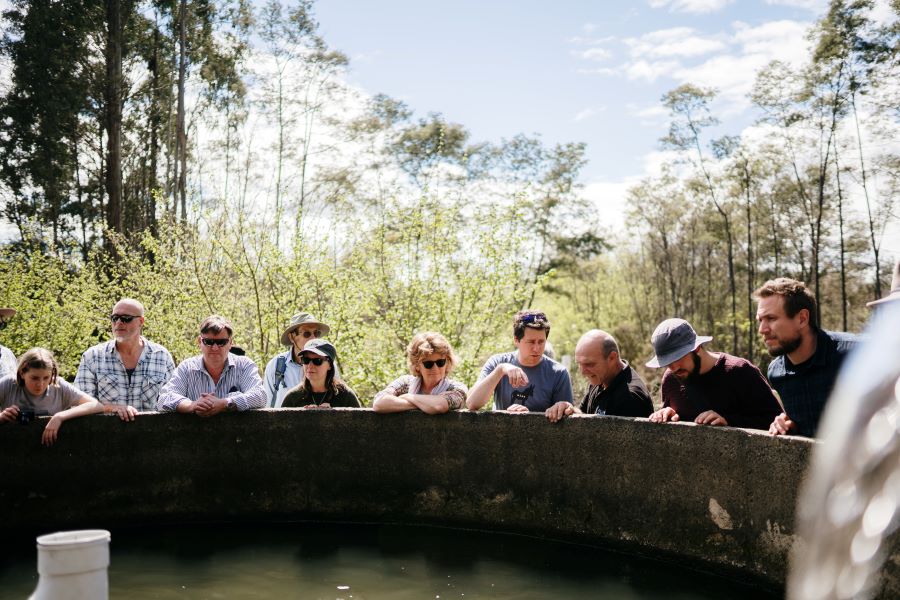 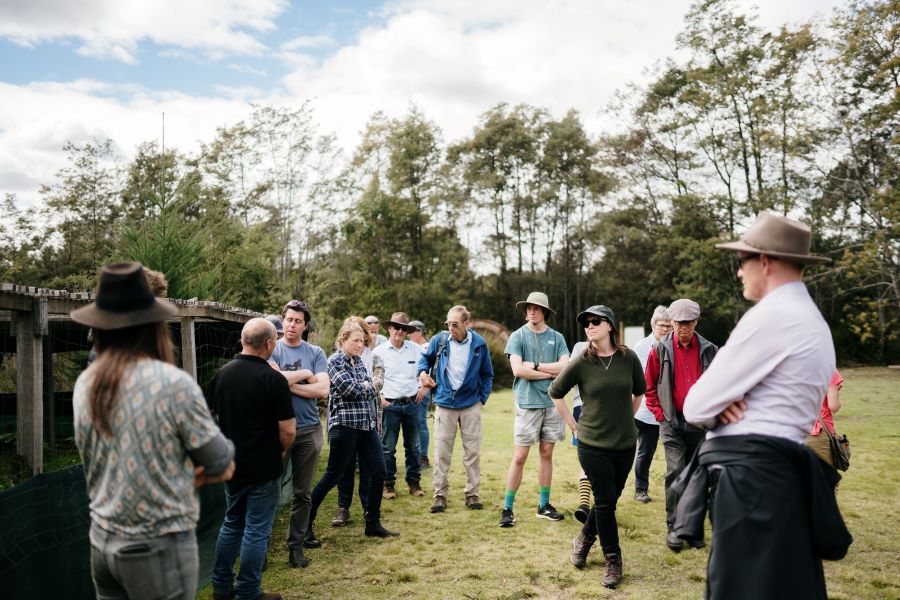 Learning about how to grow ginseng. Image: © Nick Hanson 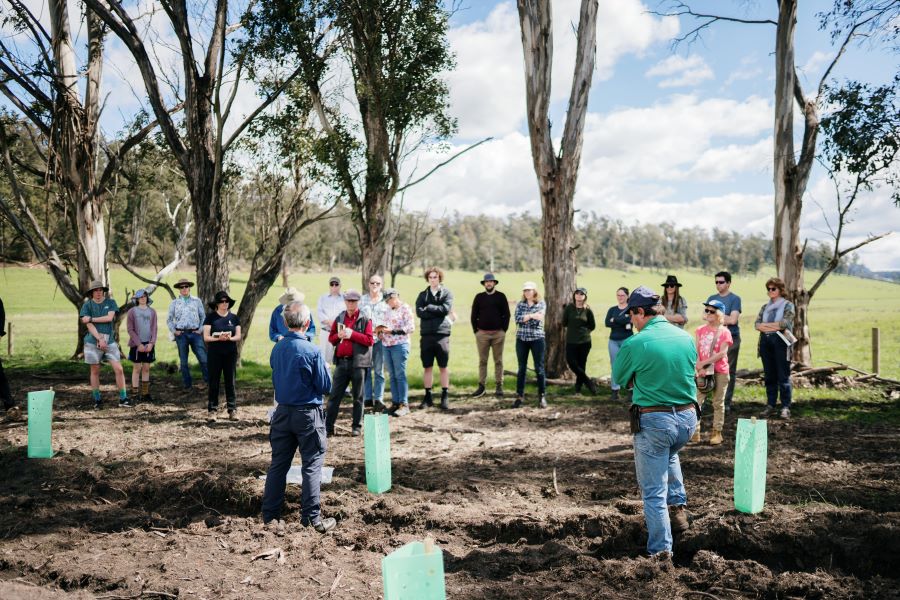 A huge thanks to Quamby Bend Landcare, Forico, 41 South Salmon Farm, Australian Hemp Council, Habitat Plants, and all those who made this day a success.