Franklin Landcare Group have made it into the Huon News as they tackle rubbish and defend threatened species habitat in Castle Forbes Forest. 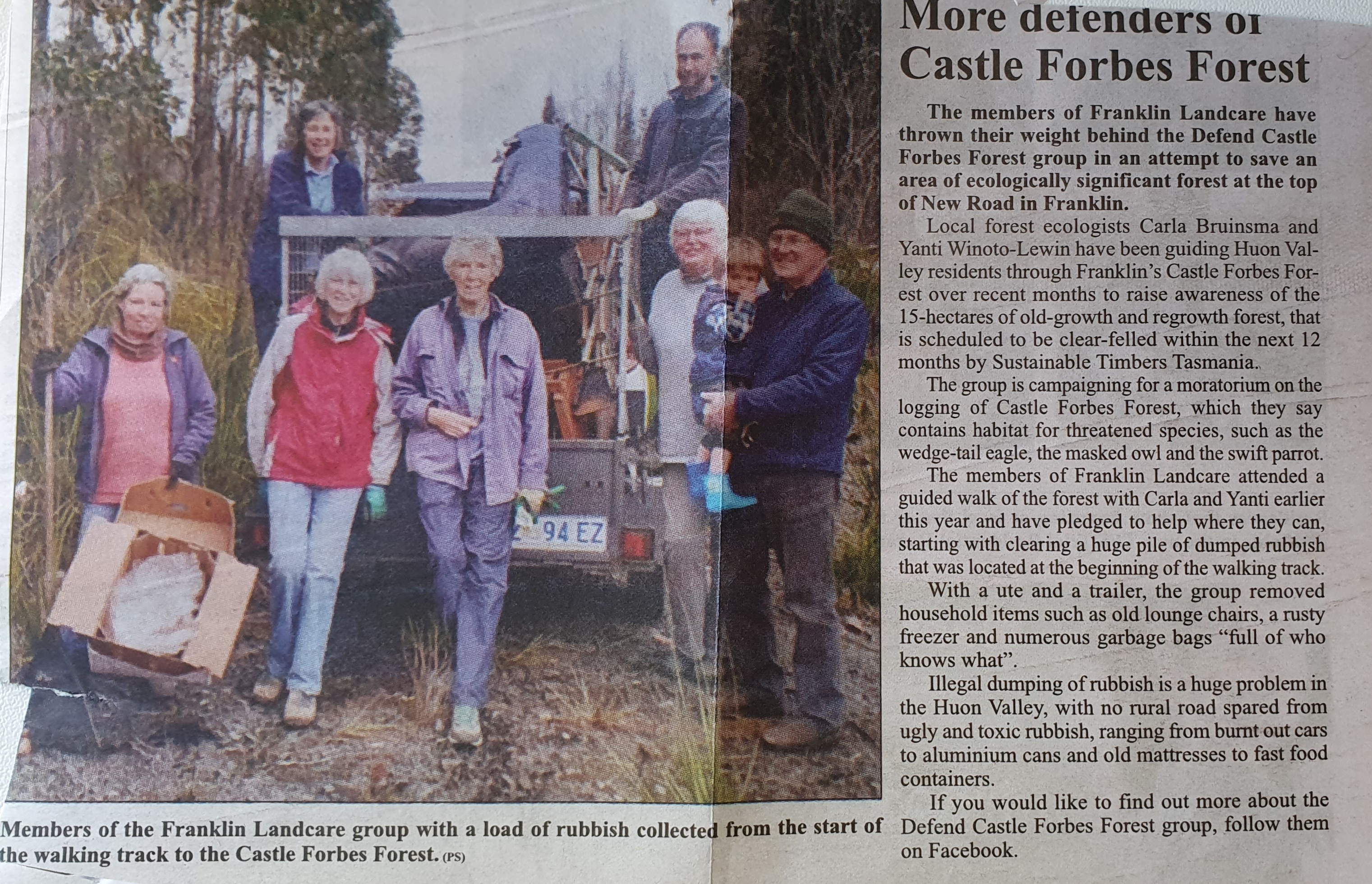 Franklin Landcare Group have invested their energy into defending an ecologically significant area in the Castle Forbes Forest.

"Local forest ecologists Carla Bruinsma and Yanti Winoto-Lewin have been guiding Huon Valley residents through Franklin's Castle Forbes Forest over recent months to raise awareness of the 15-hectares of old-growth and regrowth forest, that is scheduled to be clear-felled within the next 12 months" Huon News reports.

The group have pledged to help clear huge amounts of dumped rubbish, and have been campaigning for a moratorium on the logging of the area.

"Illegal dumping of rubbish is a huge problem in the Huon Valley" the article reports, picturing the Franklin Landcare Group with a truckload of rubbish they removed from Castle Forbes Forest.

A huge effort removing dumped rubbish in the area by this hard-working group!