The Friends of Collinsvale have been busy utilising their wildlife camera traps they received as part of their Community Environment Program grant care of MP for Clarke Andrew Wilkie this month. Landcare Tasmania has been working in partnership with Australian Outdoor Cameras to get more cameras out to our groups. Members are able to get technical support and discounted rates on motion cameras through this partnership.

Friends of Collinsvale played an instrumental role in a hugely success planting at this Glenlusk site in August with volunteers from all over the south of Tasmania attending. This restoration site is part of Landcare Tasmania's "Local Raptor Protection and Habitat Creation" project (funded through the Community Environment Program). Members of the Friends of Collinsvale have been hard at work setting camera traps and gathering data about their planted out sites and other areas to get a better picture of who is using these habitats. 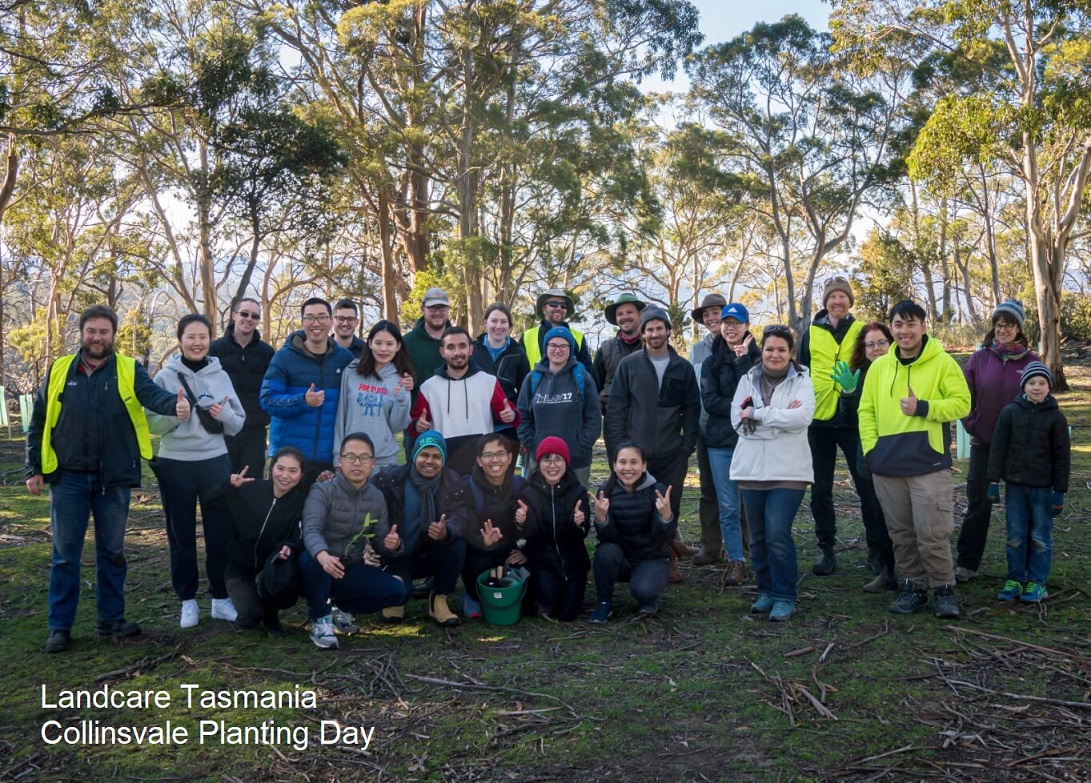 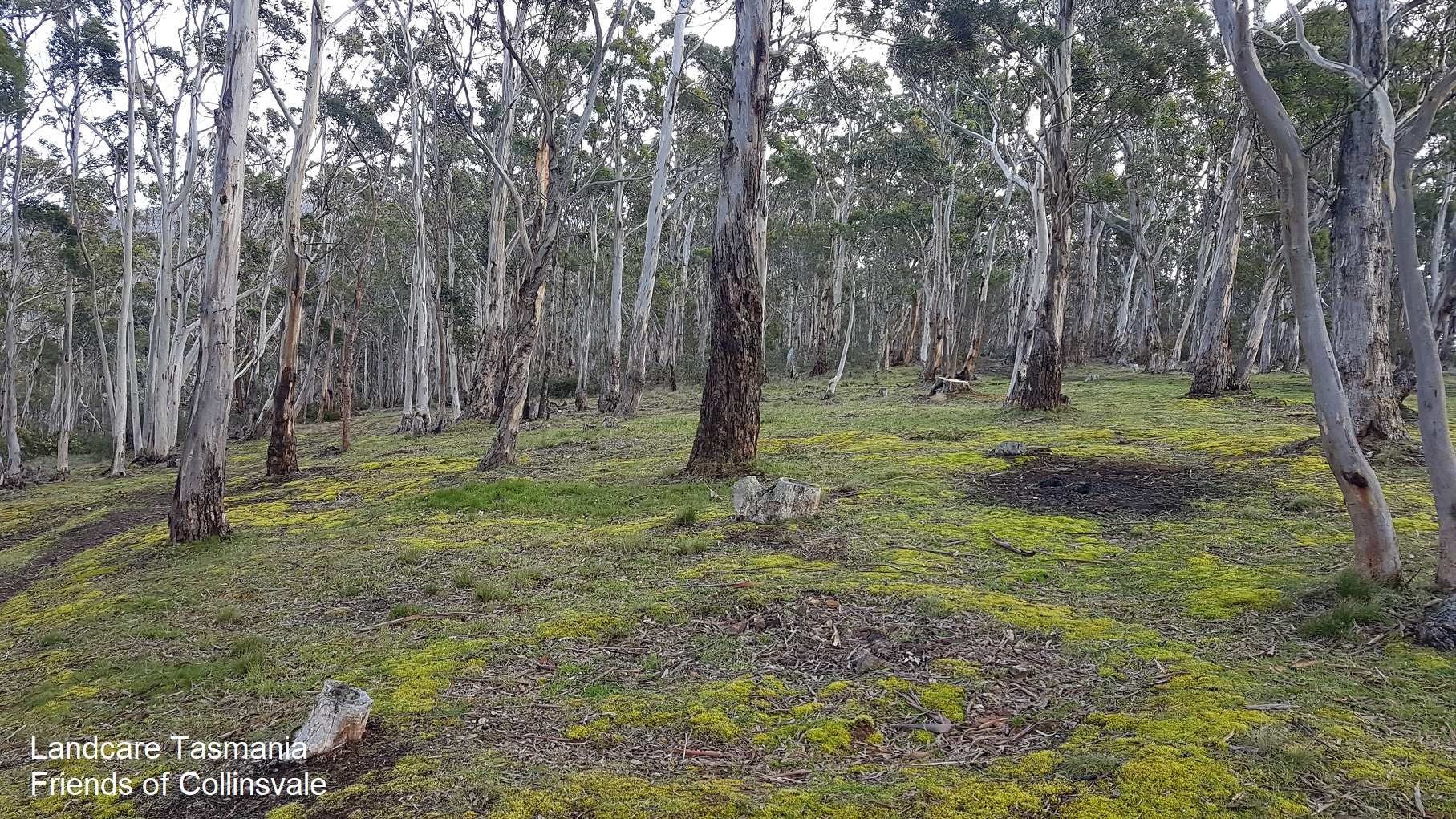 The wildlife and animal activity has been both delightful and alarming. Capturing the usual animals, wallabies, quolls, potteroos and birds as well as rabbits and cats. 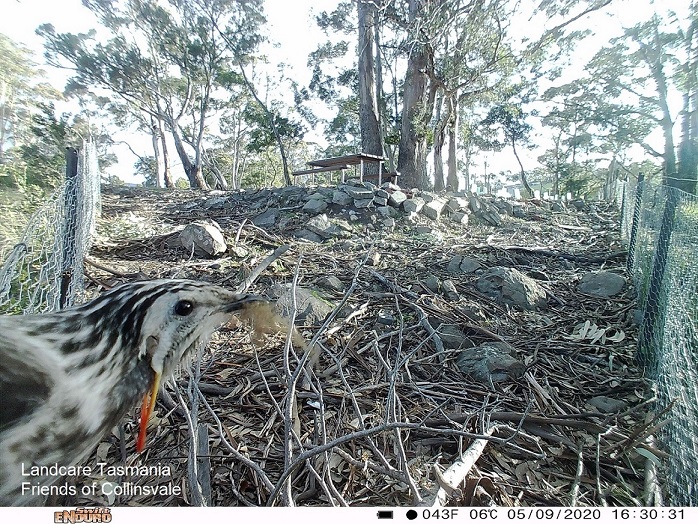 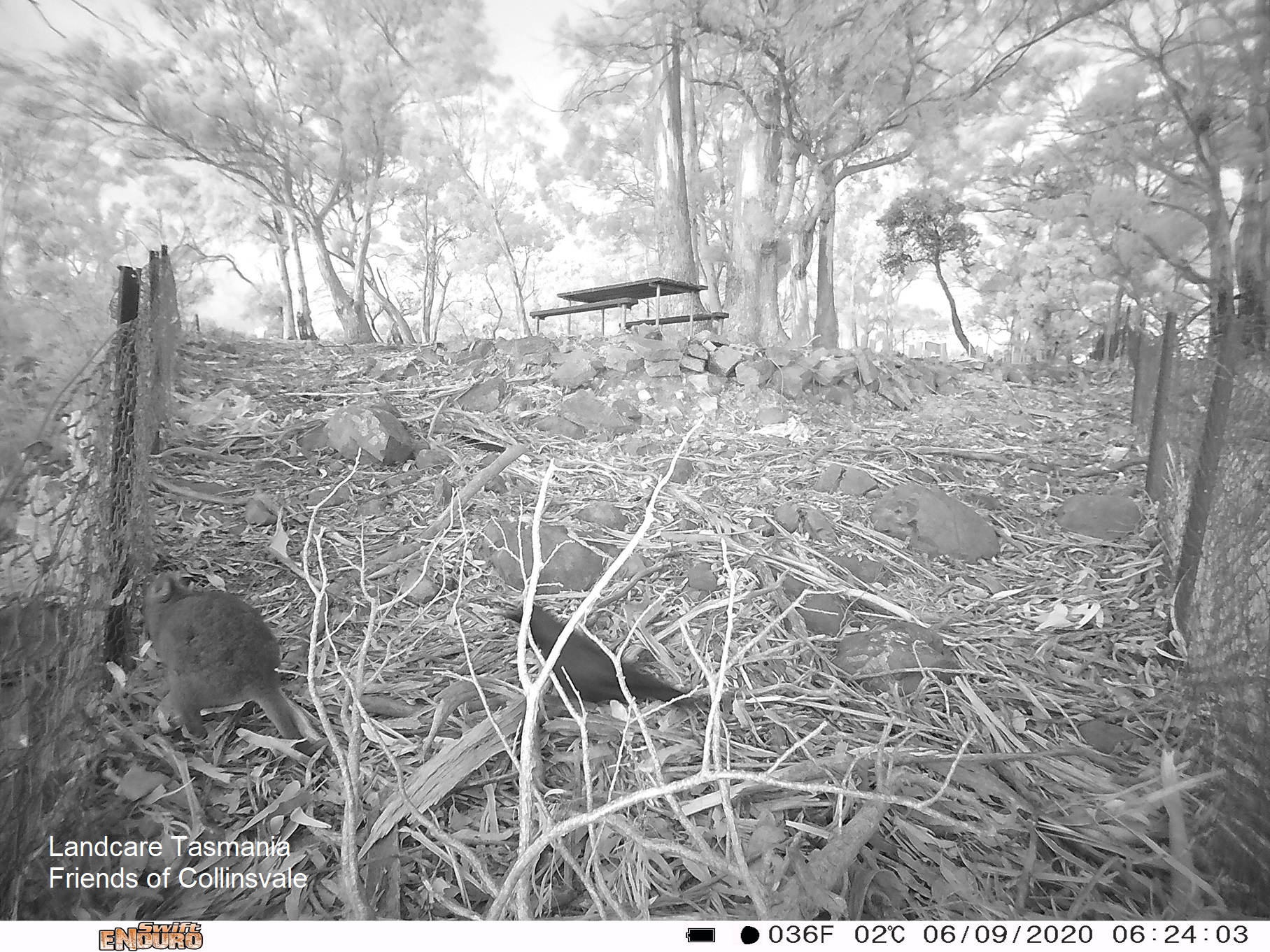 Wallaby being harassed by a raven 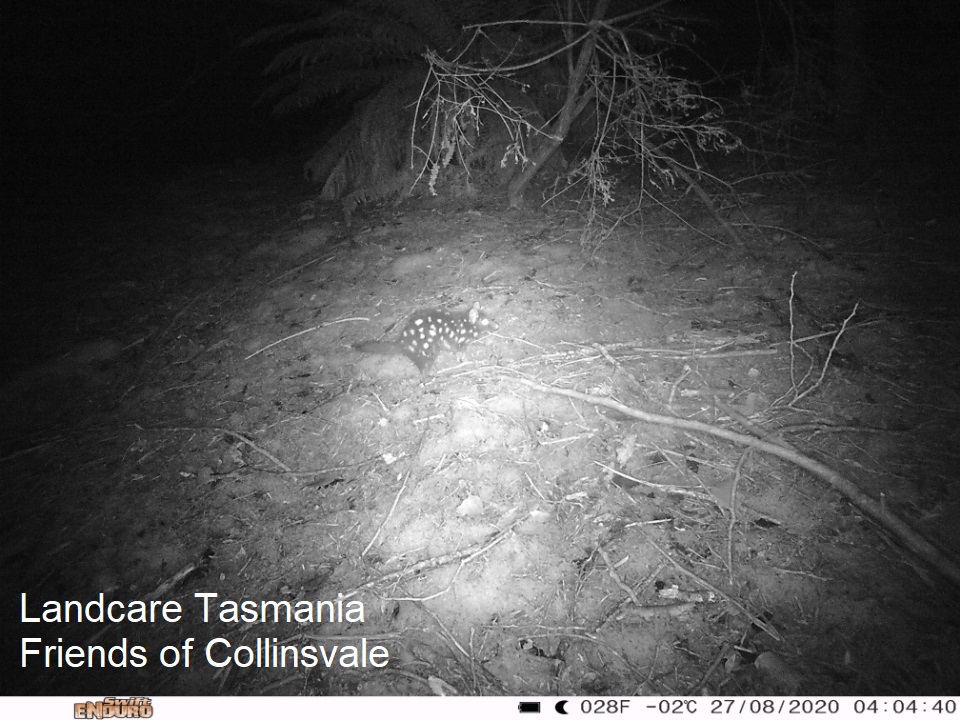 A quoll on the hop 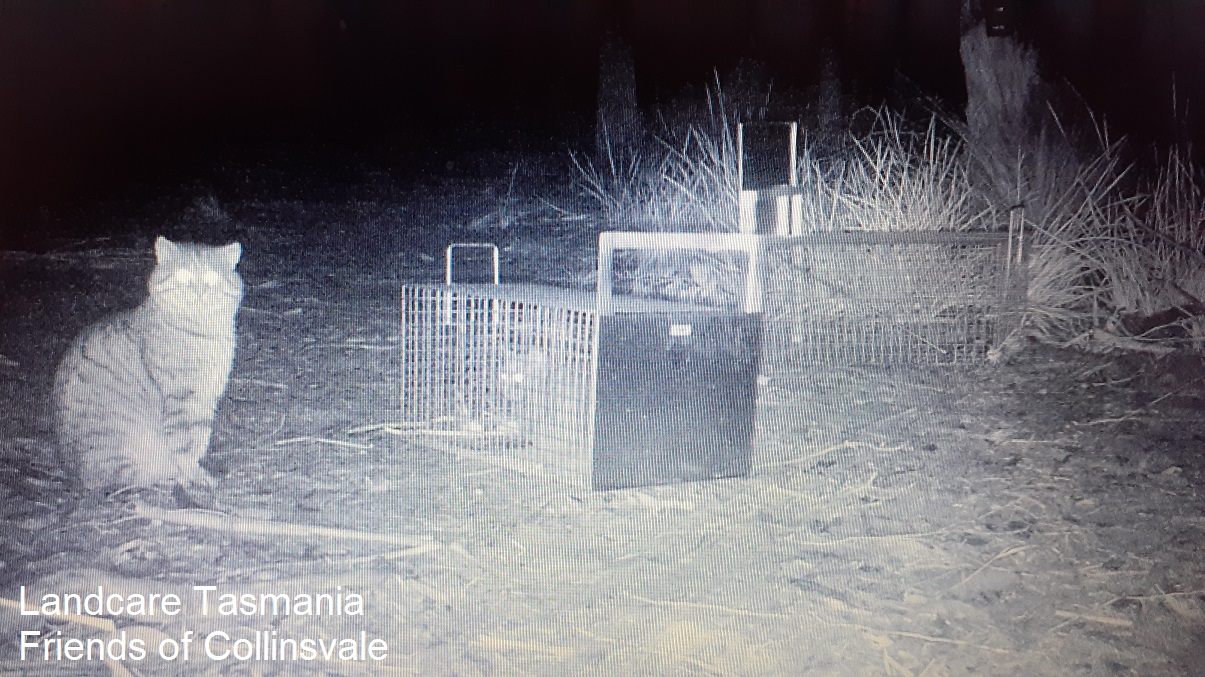 Two cats, one in the trap

A rabbit in the field

Cat on a night prowl. 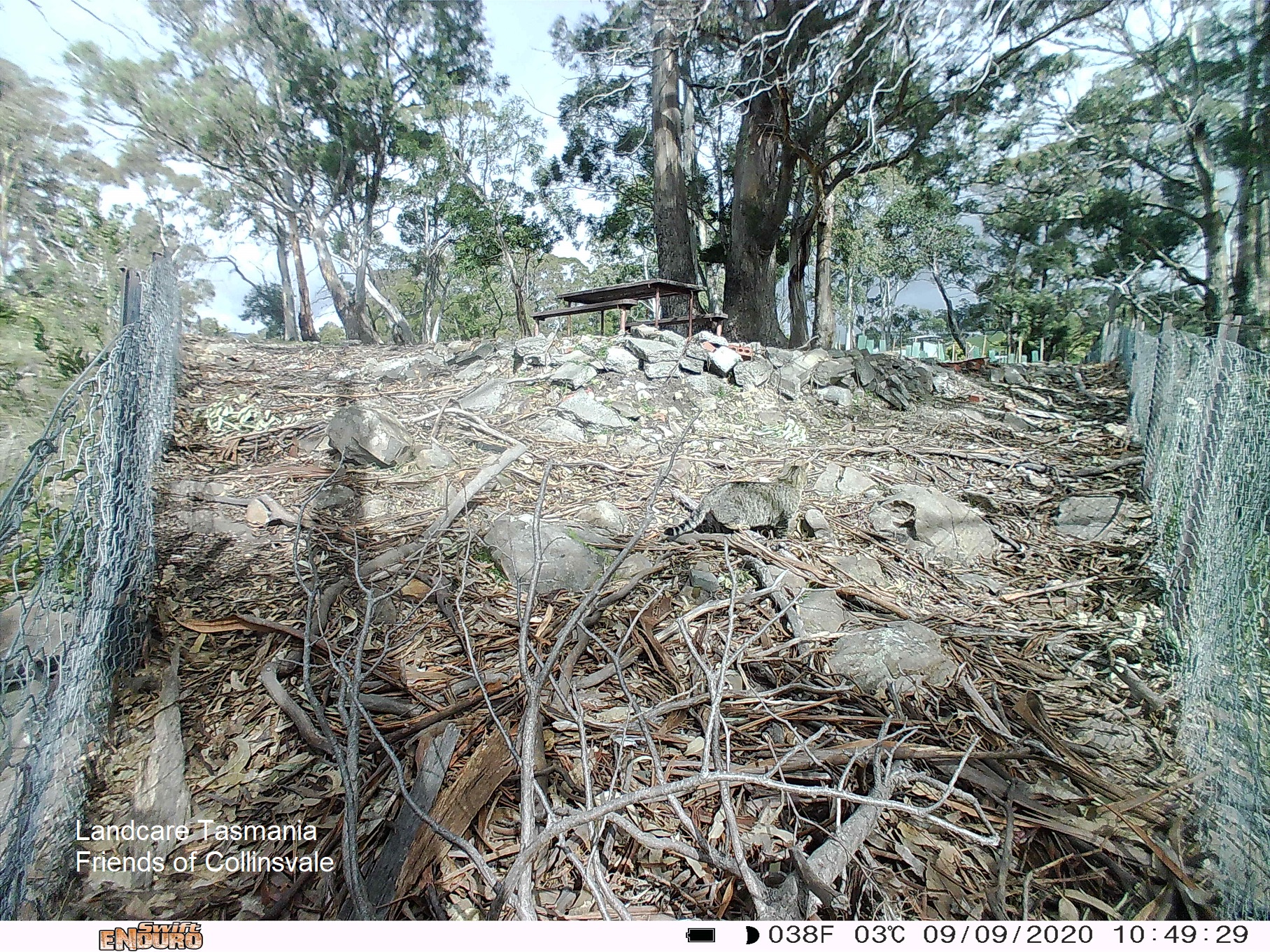 Cat on a day prowl.

We're excited to see such great results from the planned grant implementation and look forward to the next stage of the project where the feral cat traps are implemented.