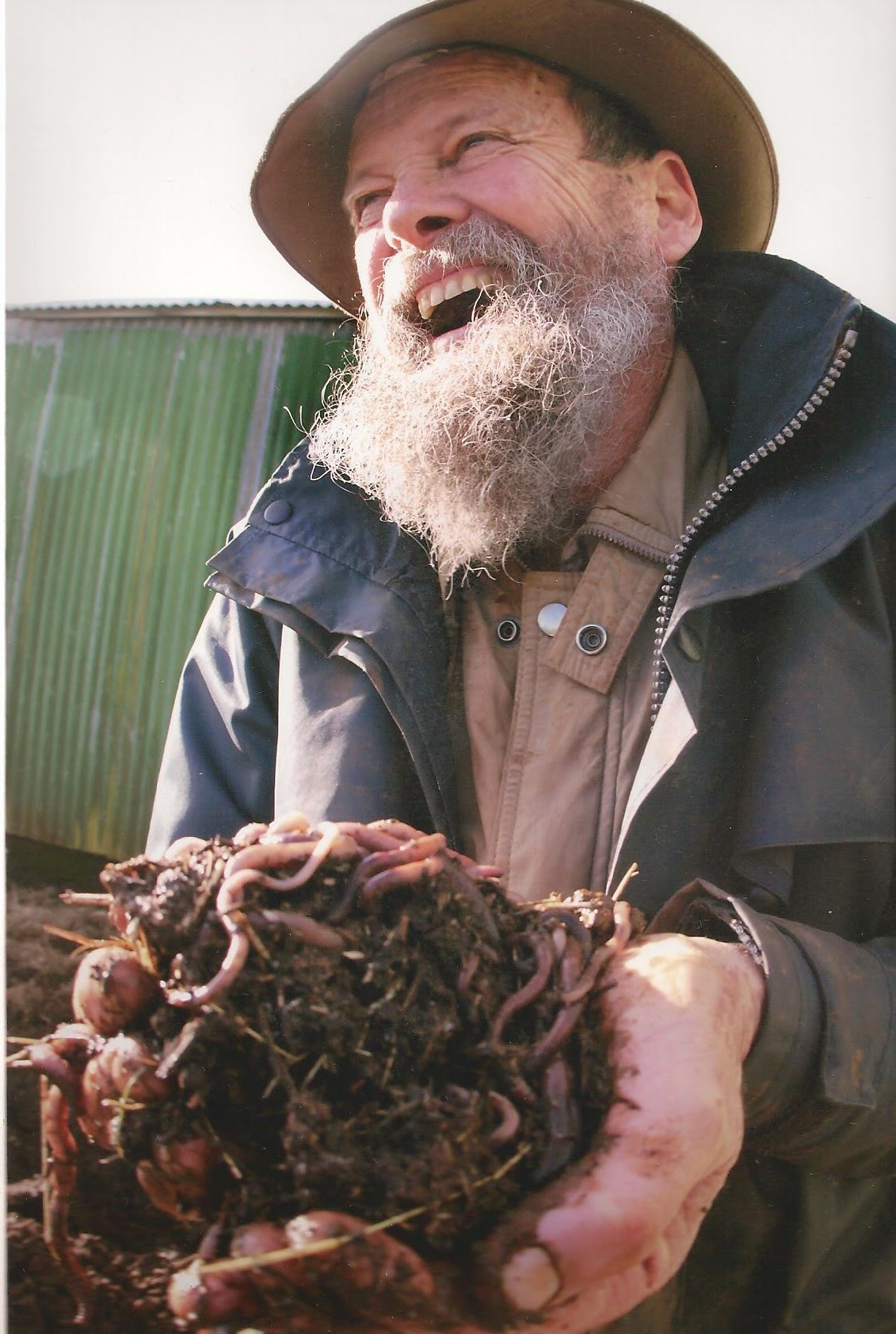 Poologist extraordinaire and Landcare Legend Graeme Stevenson was one of only three finalists for the 2018 Bob Hawke Landcare Award, in recognition of several decades promoting healthy soils in Tasmania, in particular the key role of dung beetles, earthworms and, well, poo.

While we have over 230 native earthworms in Tasmania none are found on agricultural land, five exotic worms are commonly seen. Greame's major interest is the black headed earthworm (aporrectodea longa), the only deep digging earthworm in all of southern Australian agriculture. He always suspected that the worm was introduced by staff of the Van Dieman’s Land Company over 200 years ago

Of these five, three are ‘horizontal’ diggers, working in the immediate root zone of plants while two are ‘vertical diggers’, creating permanent/semi-permanent tunnels down to the subsoil, and creating topsoil by bringing up subsoil as soil casts to the top of their tunnels. Of these two only one is commonly seen on agricultural land (the ‘black headed’ earthworm).

These worms compliment the activity of the dung beetle in burying dung in pasture, especially as they work predominantly in mid-winter when we lack dung beetle activity. While earthworms are not as dramatic as dung beetles, remember that they can number over ½ million/hectare, every individual can reproduce (hermaphroditic), some can lay up to 7 eggs a year and some live for up to 7 years!

Read more about Graeme at his website www.dunghillpress.com/ Or check out the this video!

Dr. Splutter Grunt and Sally the Sick Soil will also be joining us for a workshop with the Growing the Future kids from MONA'a 24 Carrot Garden projects.

Dr. S. Grunt finds some soil that has been run over by a tractor while wet.
He discovers that the name of the soil is Sally, and takes her to his practice to find more about the trouble, and for a remedy.
He determines that Sally has “poor pore” disease (soil structural decline) and that she cannot breathe or drink water.
The remedy is for Sally to take dung beetle and earthworm pills daily (to dig holes) and to have OM Muesli (organic matter) every breakfast.
That puts a smile on Sally’s face! 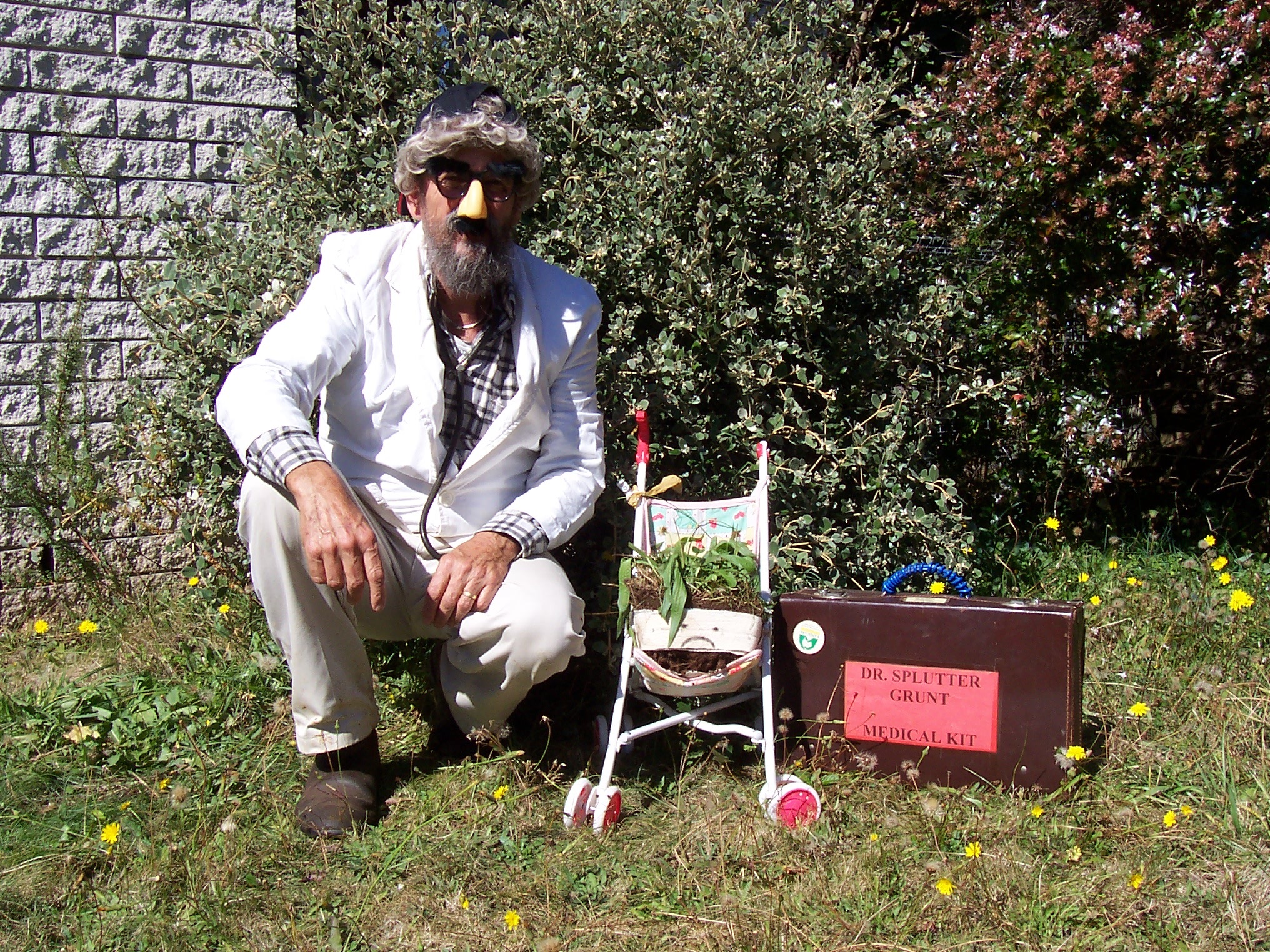