In the news: community cat management

A spotlight on Tasmania's cat management activities, including that of Landcare groups, was featured in ABC news this week.

Community-based action and positive results have been occurring as a result of feral cat management across the state.

With more people becoming aware of the effects of feral cats, we are seeing more and more people getting involved in managing the invasive species. "It's becoming more mainstream now that people understand that feral cats are a beast, and they're different to strays and domestic cats," Landcare Tasmania CEO Peter Stronach told the ABC. "They just want to get out there and [tackle] it." 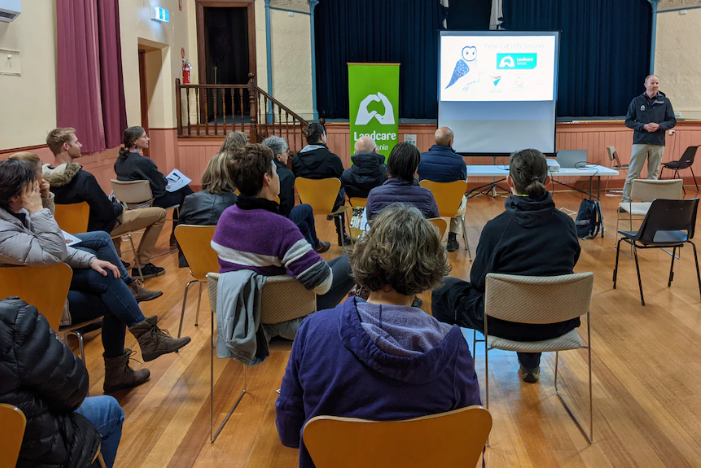 "The momentum is there now," said Mr. Stronach, who was driven by Landcare groups saying they wanted more information on what they could do to help the problem.

The West Tamar Landcare group have reported positive sightings- a higher than normal number of native animals have been accidentally caught in traps, meaning that these species, who were all immediately released, may be seeing recovery in their numbers! They've also heard anecdotal reports from some farmers that healthy lamb births are up- meaning a possible reduction in the cat disease toxoplasmosis, which can cause stillbirths in sheep.

You can read the ABC'S article here. 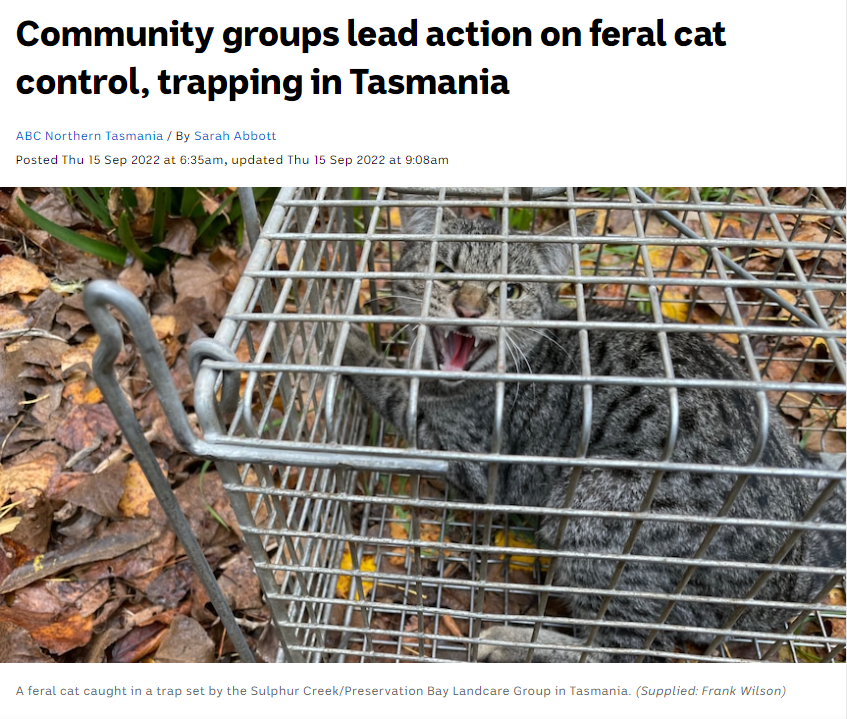