Is Landcaring good for you?

A recent study shows the connection between participating in Landcare and improvements in mental and physical wellbeing - and its enough to save $57 billion in healthcare costs, the study finds.

A report released by Landcare Australia and KPMG, 'Building resilience in local communities: The wellbeing benefits of participating in Landcare', finds pretty significant wellbeing benefits from being a Landcarer. Who knew? Landcaring is good for you!

The report states some of the people-centred impacts include improvements in physical and mental wellbeing, a greater sense of connection with the community and the environment, and even support to local businesses.

"That tangible connection to the land means that it is easy to default to considering the impact of Landcare in the same way, i.e. in terms of the impact on the land... but what about the people and the communities that make up those thousands of different Landcare groups?" the report says.

"What if we reverse the equation to consider not just the impact of people on the land, but also the impact of caring for the land on the people that care for it?"

The study interviewed key stakeholders and surveyed more than 1,000 Landcare volunteers and coordinators to identify the social and economic impacts of Landcare participation. 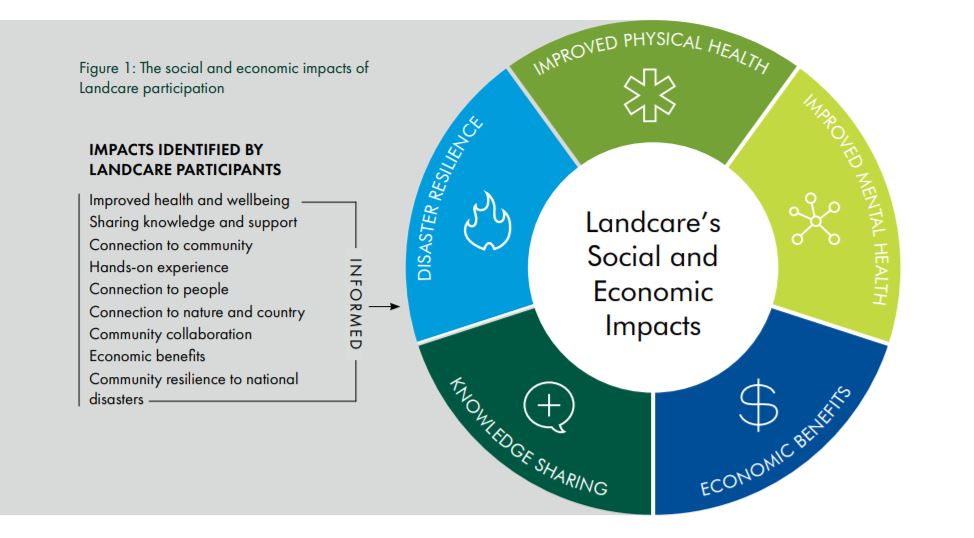 The study found that building community connections was a key trait of Landcare in improving wellbeing.  The figure above shows the key impacts identified by the study participants, including improved physical and mental health, knowledge sharing, economic benefits, and disaster resilience.

A respondent has testified "...Landcare encourages people to have contact with their neighbours and communities - all the more important in the current times." 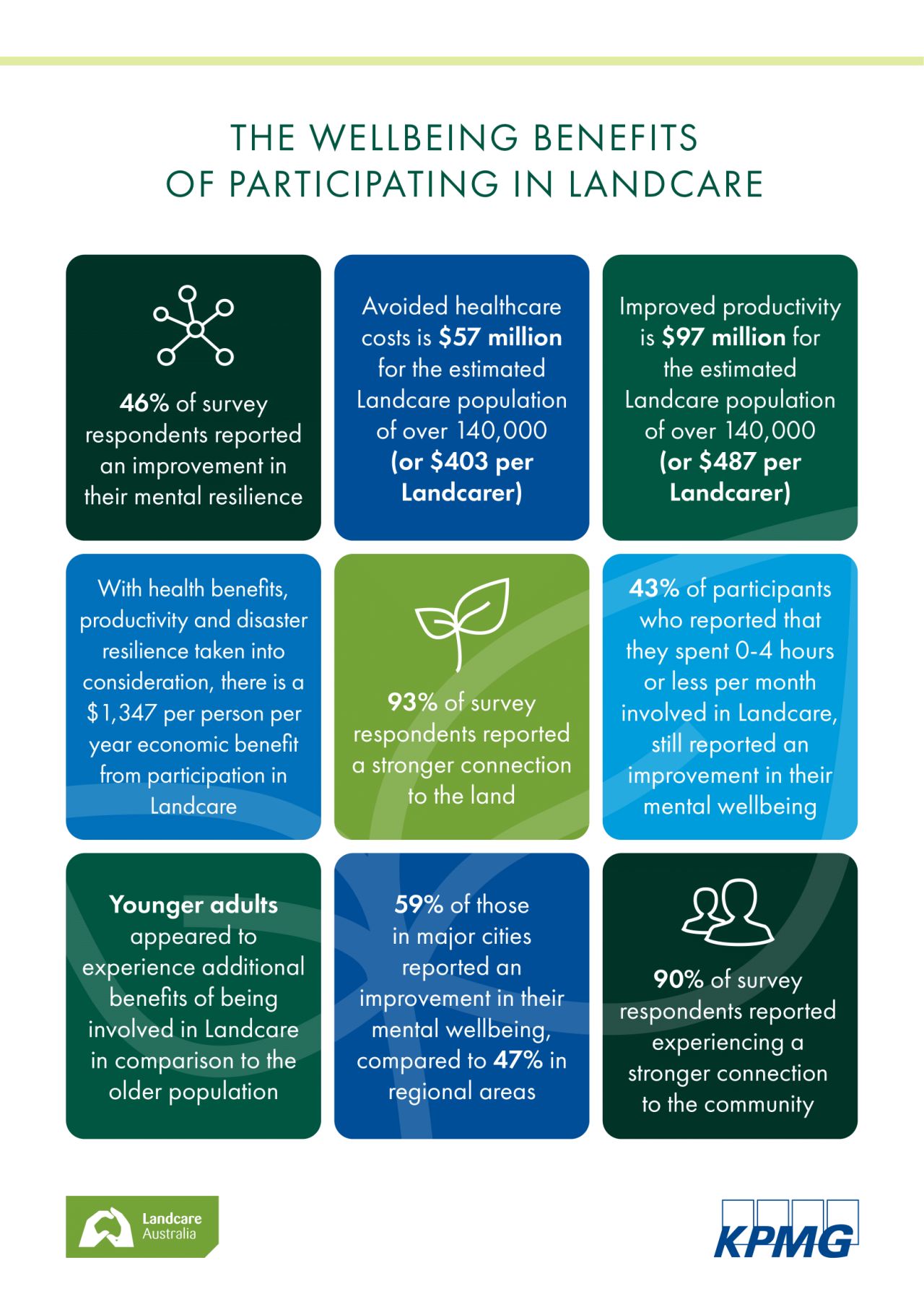 Landcare Tasmania is happy to see the social and economic benefits of Landcare participation quantified in this study.  The peak representative body for community Landcare, the National Landcare Network (NLN) also welcome the results.  The NLN CEO, Jim Adams has said that the strong correlation between connections formed through community Landcare and the economic benefits that it shares should never be underestimated.

"The power of Landcare is our diversity and our flexibility to respond to the needs of our communities and environment in response to the challenges they have faced." said Mr Adams.

On a much smaller scale, Landcare Tasmania echoed the study's sentiments in the results of our 2017 Census.  On average, respondents said that participation in Landcare increases their community involvement and makes them feel part of something bigger. 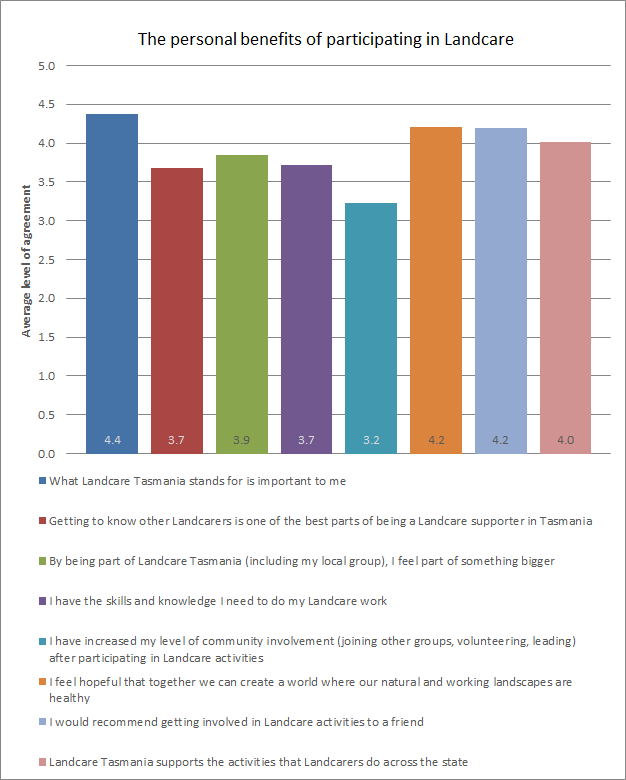 Landcare really is such a powerful movement and its power is illuminated even further through the strengthening of connections in times of struggle such as drought, fire and pandemic of recent times.

As is well-understood by the Landcare network across Australia, Landcaring supports wellbeing in so many ways!  We are delighted to see the results that have come from this study, growing awareness for the importance of Landcare not only for planet, but for people too.

You can read the entire report here.