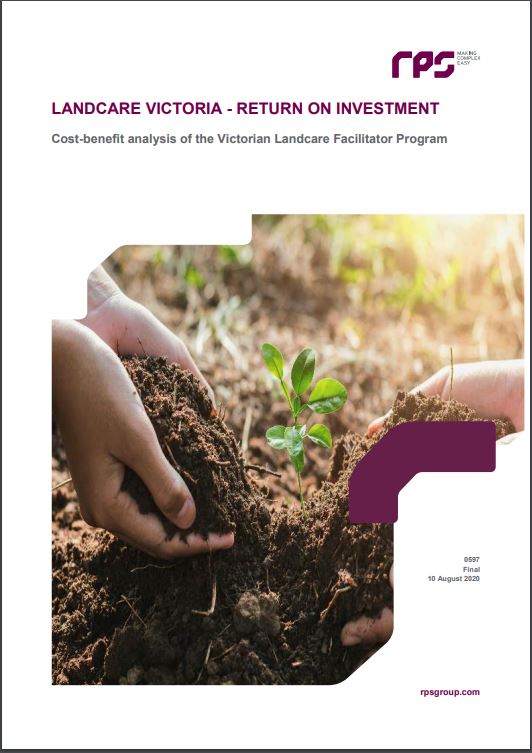 "The Victorian Government supports around 78 positions (mostly part time) through grants to Landcare groups and networks.  The facilitators play a very important role in mustering up volunteers, organising projects, applying for grants and diverse other supporting roles.  They are highly valued by the Landcare community.  The current funding round is coming to an end and there is some concern about the extent to which it will be extended or modified.  The return on investment project is intended to assist the Government in arriving at good decisions in the forthcoming State budget (delayed by COVID).

The findings of the report will not surprise those involved in Landcare.  The State’s $4M annual spend on facilitators generates a ROI of $31M, yielding a benefit cost ratio of better than 7:1.  This result is similar to a study conducted in NSW.  If we take a broader view of the value created by the facilitators, to include social cohesion and similar matters, the ROI is in excess of $80M."

Read More of the Victorian report

The NSW report identified return on investment in 66 facilitators in the State to be $500M.