Rosny mob are a group of Aboriginal and Torres Stait Islander students of Rosny college who are connecting strongly with their environment and culture.  They are young people determined to continue to care for, and ultimately heal, Country.

Rosny mob tackles broken connections between Aboriginal people and Country.  The disconnects cause by invasion, dispossession and displacement have created negative consequences for both country and people.  In little over 200 years, everything has changed and many of the Aboriginal students don't realise they have an intrinsic connection to and responsibility for Country.

They need to spend cultural time on Country to reawaken this connection.

Most Aboriginal students at Rosny College have never had an opportunity to discover their connection to Country.  In mainstream education, this is not an area covered by the curriculum, nor are their holders of specialist knowledge within schools.

Rosny mob understand that connecting with culture means becoming informed about as many aspects of respecting Country as possible.

Culturally, no single natural resource or entity is more important than another.  This means that Rosny mob will learn about different issues and aspects of managing and healing resources as opportunities are presented.

As a way of encouraging cultural connection to Country, Rosny mob hold an annual cultural camp.  Since 2018, this 4-day camp has alternated between Cockatoo Hills in the Central Highlands (freshwater country) and 'Okehamptom' near Triabunna (saltwater country).

Check out the short film of Rosny mob on country sharing knowledge of culture and science:

In 2020, Rosny mob spent two days of cultural immersion at Bangor and Lewisham, focused on showing how Aboriginal science and STEM relate.  Students learnt how to identify food plants, build shelters using natural resources in the area, and plant over 200 threatened species trees.

Check out this beautiful clip of the day in the midlands:

In 2021, a significant focus of our camp on saltwater country was seasonality, which culminated in the construction of a bark canoe, traditional to the area.  Under the guidance of Elder Uncle Tony Brown, the students collected cork reed, stringybark and river reed.  through only harvesting appropriate volumes in the appropriate season, they ensured the sustainability of these resources. 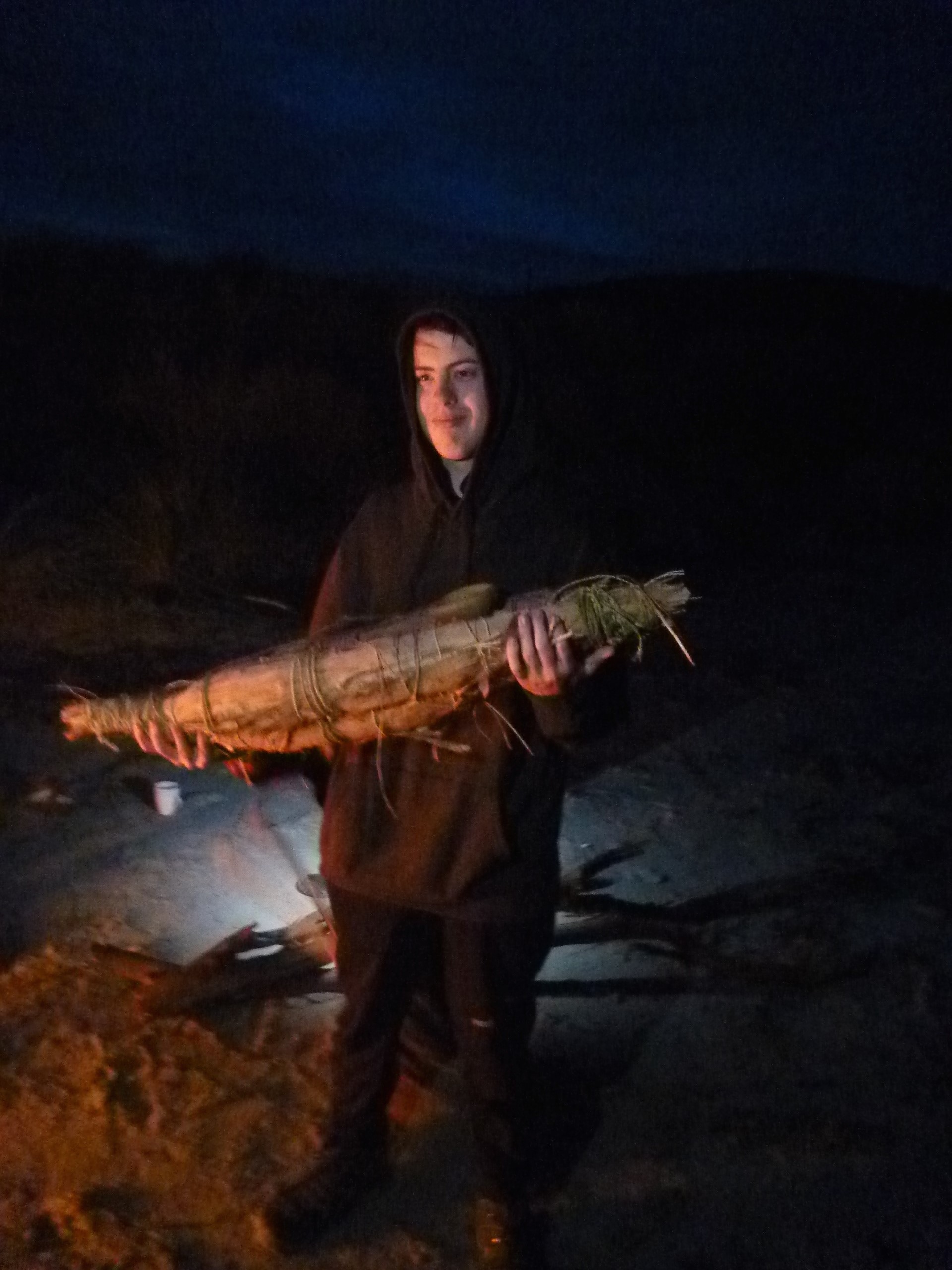 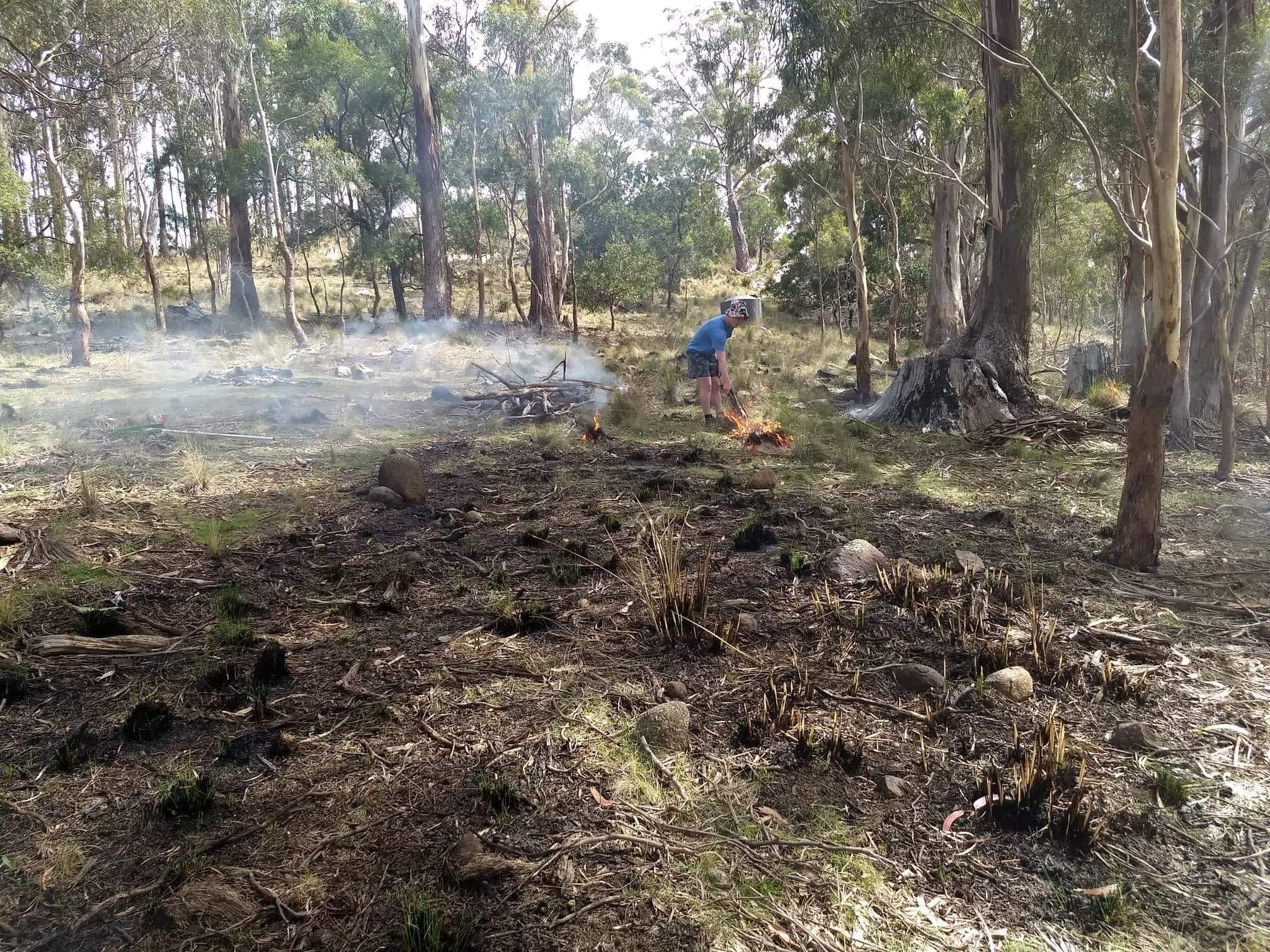 Working with Jason, Rosny mob used cultural burning practices to begin the process of restoring country that has not had traditional practice since invasion. 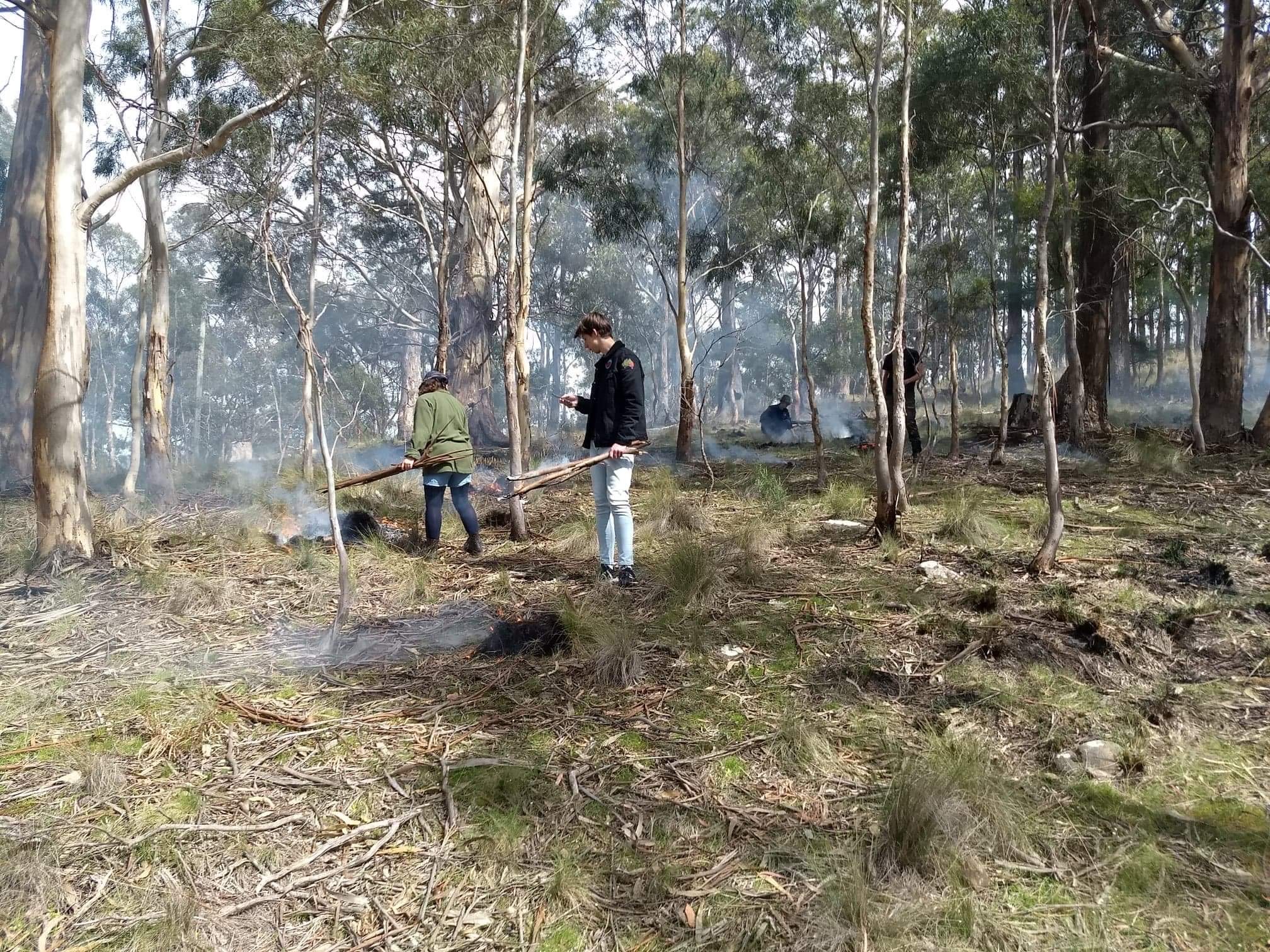 Cultural burning will continue to be an integral part of Rosny mob's cultural responsibility.

Rosny mob have also worked on a Cider gum recovery plan on a site near Miena, and have each taken on a role as custodian for an individual sapling.  Rosny mob sat with and listened to the land and have developed a spiritual connection with the trees.  They have built and maintained shelters around the saplings to better ensure the saplings' survival.

Over the past few years, members of Rosny mob have not only dramatically increased their understanding about caring for the land, but also the importance of doing so, and have gained a real passion for learning more about how to protect country.  This learning has been hands-on, and has blended modern, science-based learning with traditional Aboriginal knowledge. 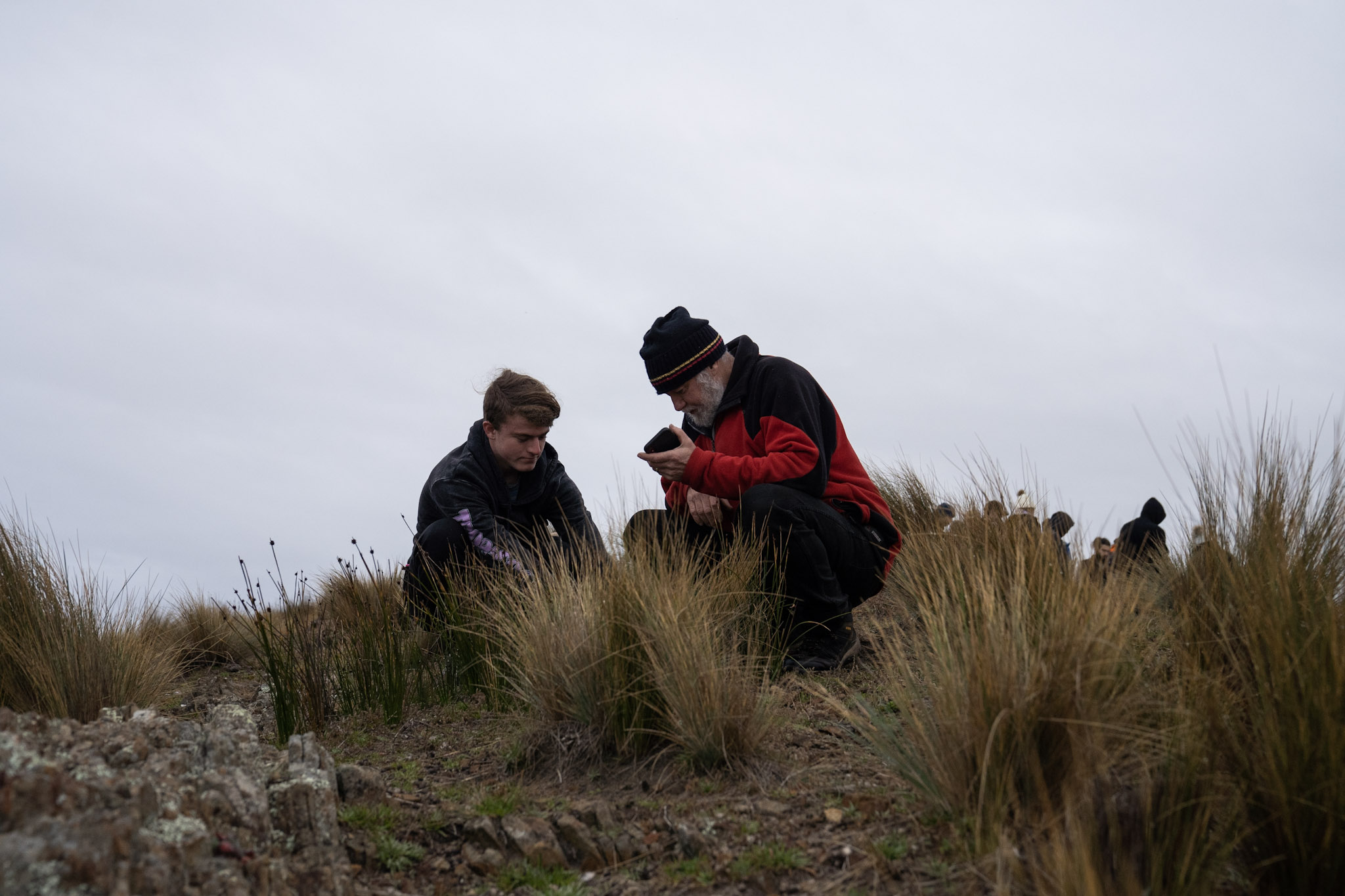 Learning to read Country is vital - what signs are there that the country is sick, what shows us that the country is healthy?  Through guidance from Aboriginal elders and land holders, members of Rosny mov have learnt to identify native vegetation and invasive species, to read the first history if an area and to understand the critical role fire management plays in keeping lands healthy.

To learn about how Rosny mob's ancestors would have cared for Country and what cultural resources they would have used, members of the group, with guidance from Aboriginal elders, have explored living sites to discover and document stone tools.  They have built traditional canoes, and prepared traditional foods.  They have learnt how natural resources, if respected and treated properly, can sustainably provide shelter, fibre, clothing, transport, and nutrition.  They have learnt about the cycle of nature and the importance of working within the  boundaries of what the land can cope with.

These experiences have inspired a huge passion for further learning and a deep respect for Country, a knowledge that we are Country and Country is us. 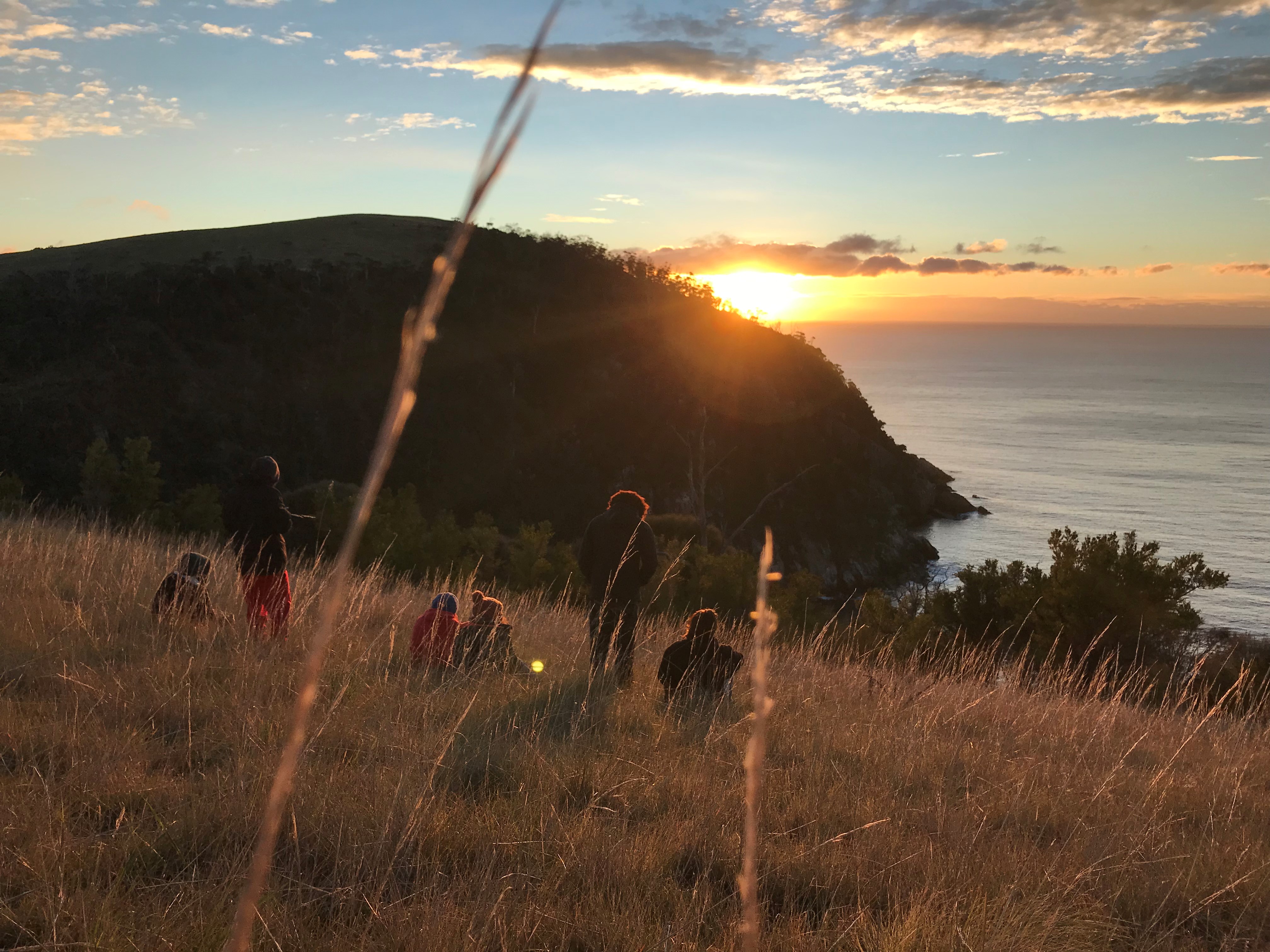 Rosny mob students have learnt that unless we look after the land, it cannot look after us.  Taking young people away from the city and associated distractions, and have them learn on Country, allowed them to think more clearly and to appreciate how critically important nature is.  They have taken practical skills away from the various activities and developed a thirst to learn more.

Where they have left their footprints, Country is stronger.