Tas Ag Co. founders Sam and Steph Trethewey have made quite the name for themselves as pioneers in carbon positive farming.

"It's something we absolutely have to do" - Sam Trethewey

Check out this dynamic duo showcasing their carbon positive farming in a great episode of ABC's Landline:Carbon Special, coming in at 28:50. 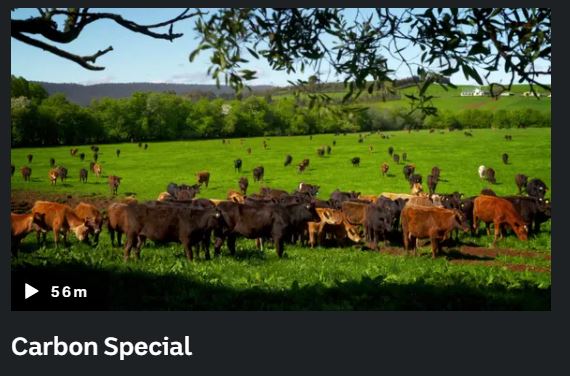 Sam pronounces staunchly that regen ag is the future. "I really believe that regenerative agriculture is global agriculture's answer to the climate crisis" he said.

"When you look at the enormous task, that we have to try and curb climate change as a global civilisation, carbon neutral is not going to be good enough" says Sam.

Their practices have been met with positive results for the environment, and for their soil, with increased soil moisture and fertility. When the farmers first announced their plans, there were many doubts in the community about it's viability.

"I thought they were dreaming, because it was totally against what I was always taught" said 40 year property farmer, Brian.

Another fierce Landcarer, Robin Tait from our member group Soils First Tasmania, shares some soil wisdom in the episode.

"There is fierce debate about how much carbon can be stored in the soil" the show reports, but Robin believes a lot is possible in this space.