Eradicating Montpelier Broom with a Psyllid 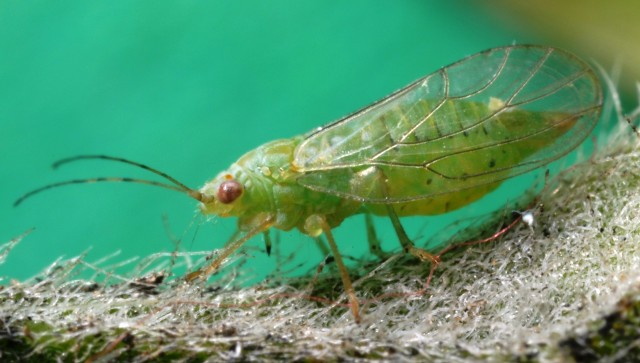 A bio control is a way of controlling unwanted weeds and pests that relies on biological methods like predation, parasitism, or other natural mechanisms instead of chemical or physical methods of getting rid of the weeds.

In the case of Montpelier Broom or Cape Broom, a tiny psyllid (looks like a tiny fly)

has been released in Tasmania and seems to have got the taste for it. Once they have established the psyllids start sucking the sap from the plant which means the plant receives less nutrients and begins to die. The Psyllid also covers the leaves in a film that prevents the plant from photosynthesising and slowly leads to its death. 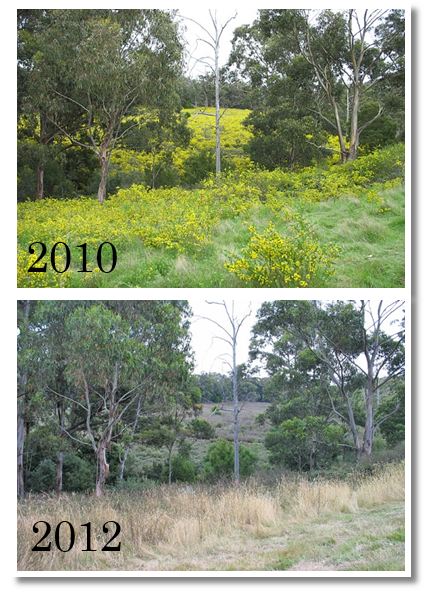 The Psyllid is easily spread by wind and is an expert on finding outlier patches of Montpellier Broom that are typically hard to find or get to. It has been released successfully in many parts of Tasmania. If you have a patch of land infested with Montpelier Broom this could be a good option for you.

Site size: the site should have enough Montpelier Broom for the psyllid to breed-up and establish; one hectare of scattered plants or ½ hectare of dense infestation.

When: Spring and summer. Look for plants with good populations of juveniles and adults by shaking a branch onto a dark surface like a black towel, shirt or jumper.

How: Cut Psyllid infested branches and tie or wedge amongst branches of Montpelier broom plants at new site. Transfer in a cool esky and spread within 24 hours.

Self spread: The Psyllid is also very effective at spreading itself via wind drafts, having been found at least 20 km from release sites.

Permission: Make sure you ask for permission before taking or spreading on private or public land.

photo credits: Psyllid by Peter Crisp - SARDI, Before and After Landcare Tasmania Member