We've been building nest boxes (and putting them up - with help!) 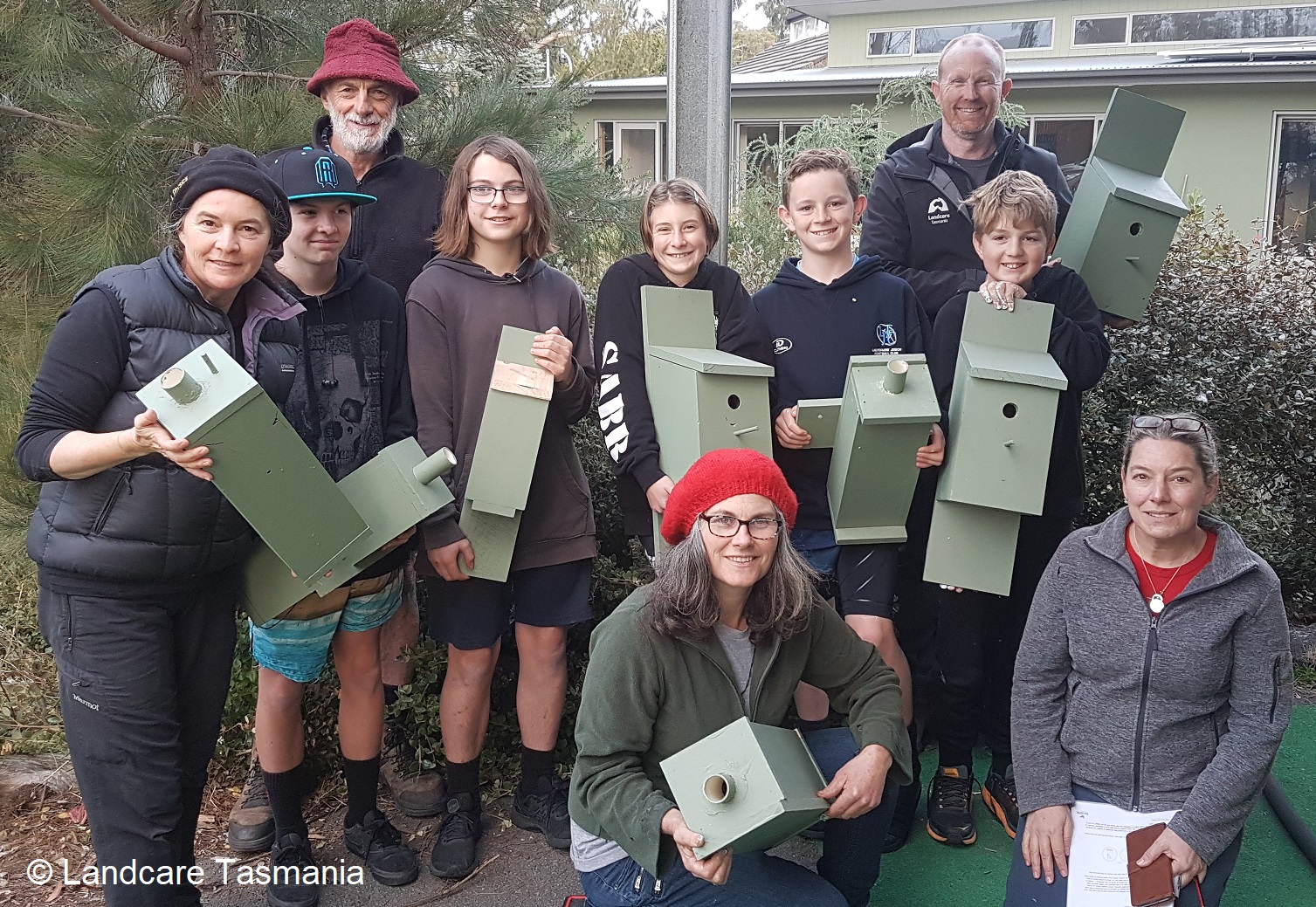 On the 30th May 2021 we got together with Seven Mile Beach Coastcare to construct and renovate nesting boxes to provide vital habitat for eastern Rosellas and microbats.

The growing absence of tree hollows means there is less available habitat for these species. Nesting boxes mimic tree hollows and thereby increase the potential habitat in a landscape. Eastern rosellas and bats are important parts of our environment. For example, Eastern Rosella's pollinate flowers and spread the seeds of plants and micro bats control insect numbers by eating them. And of course, they are intrinsically important too! 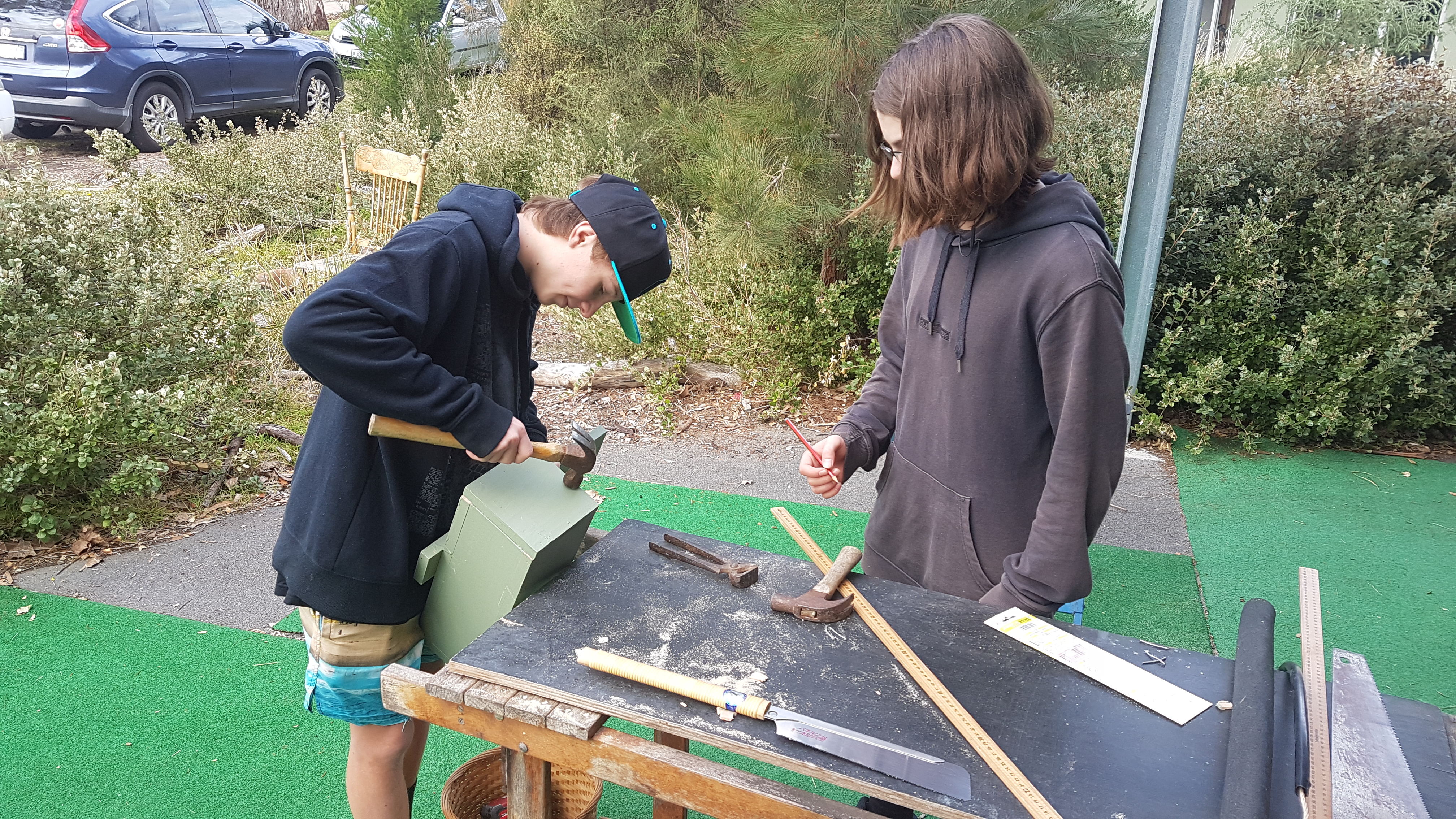 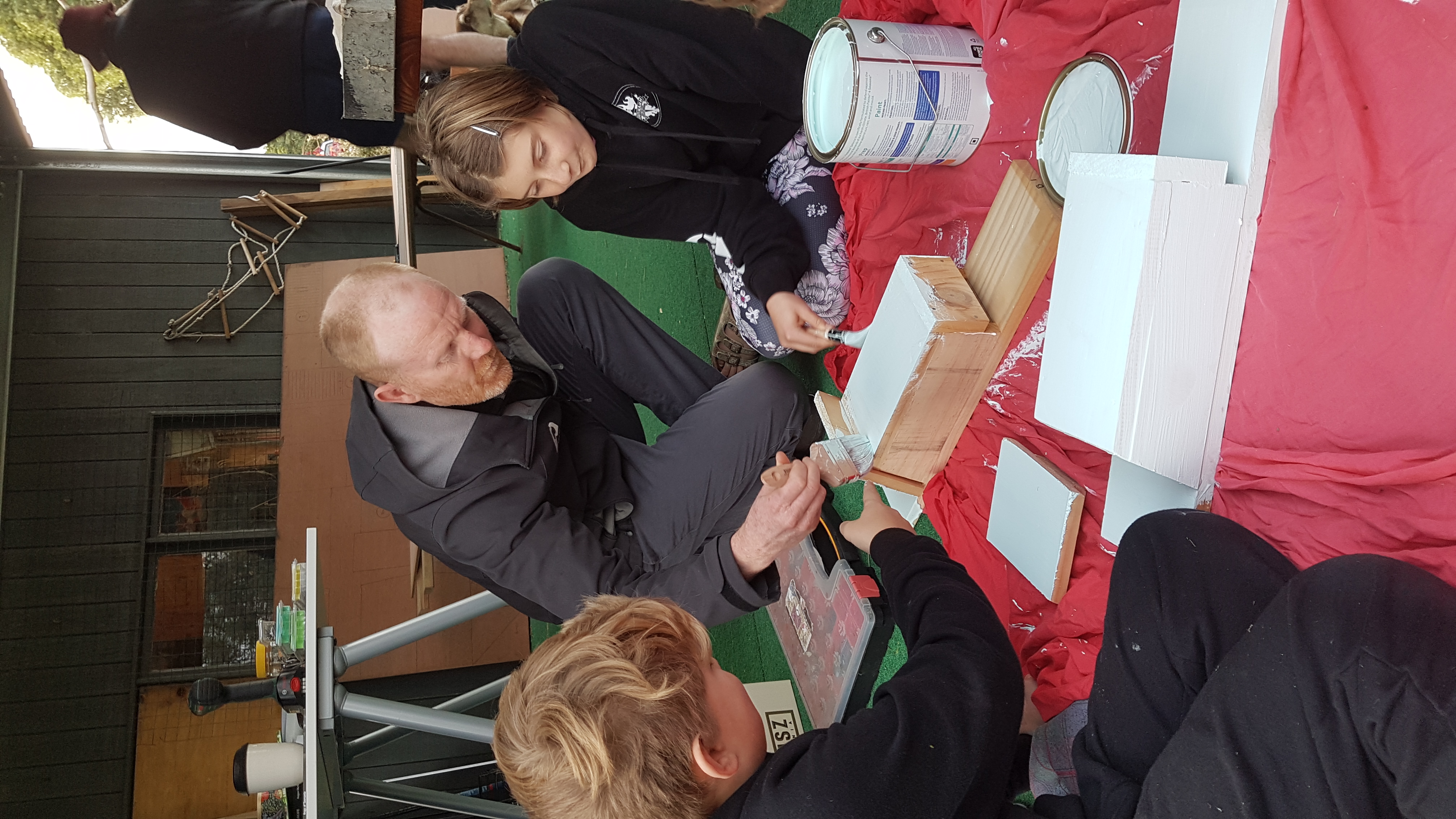 Image: Painting the boxes. NOTE: Painting boxes is NOT suitable for microbats - we discovered! 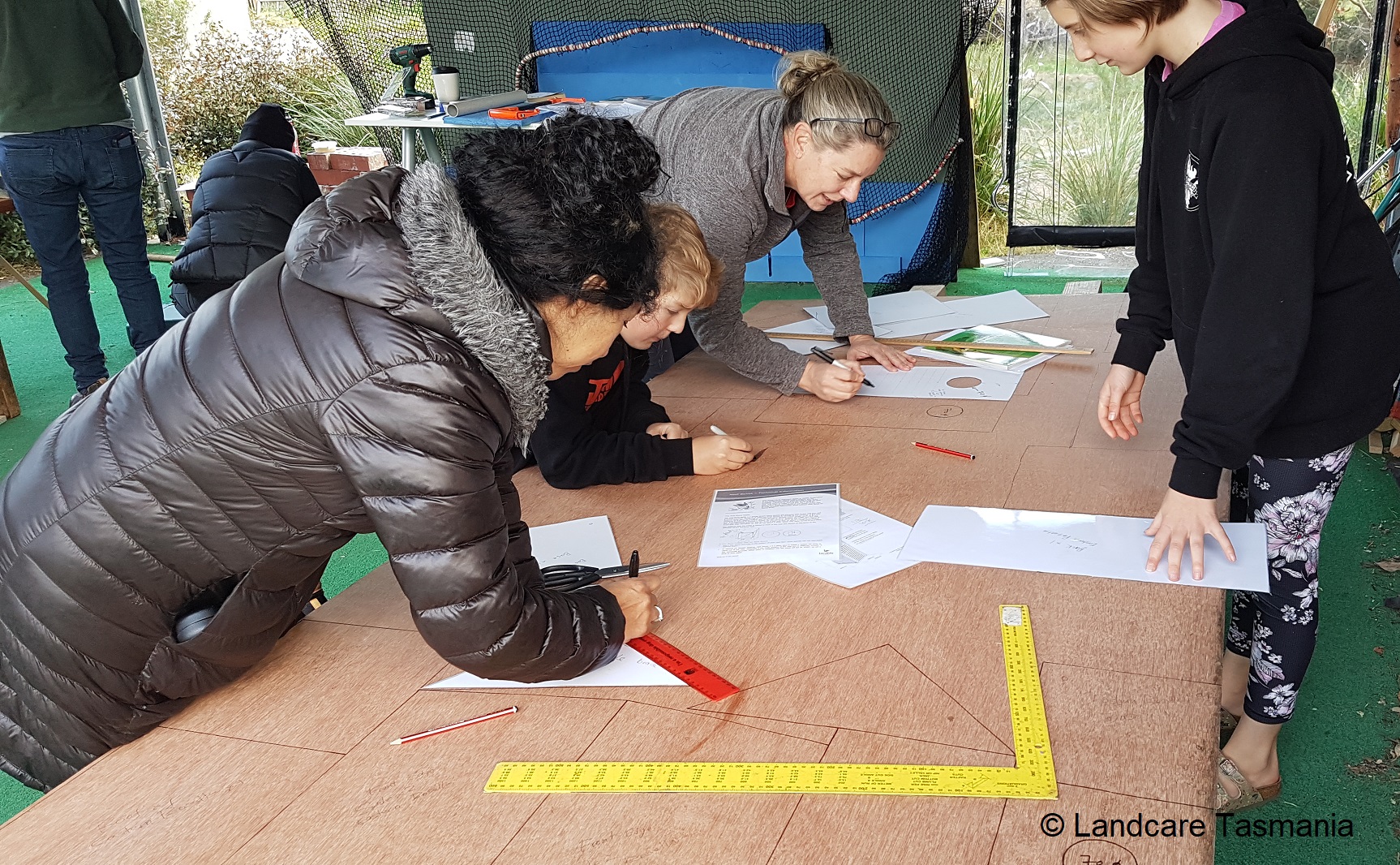 Image: Getting the measurements right! 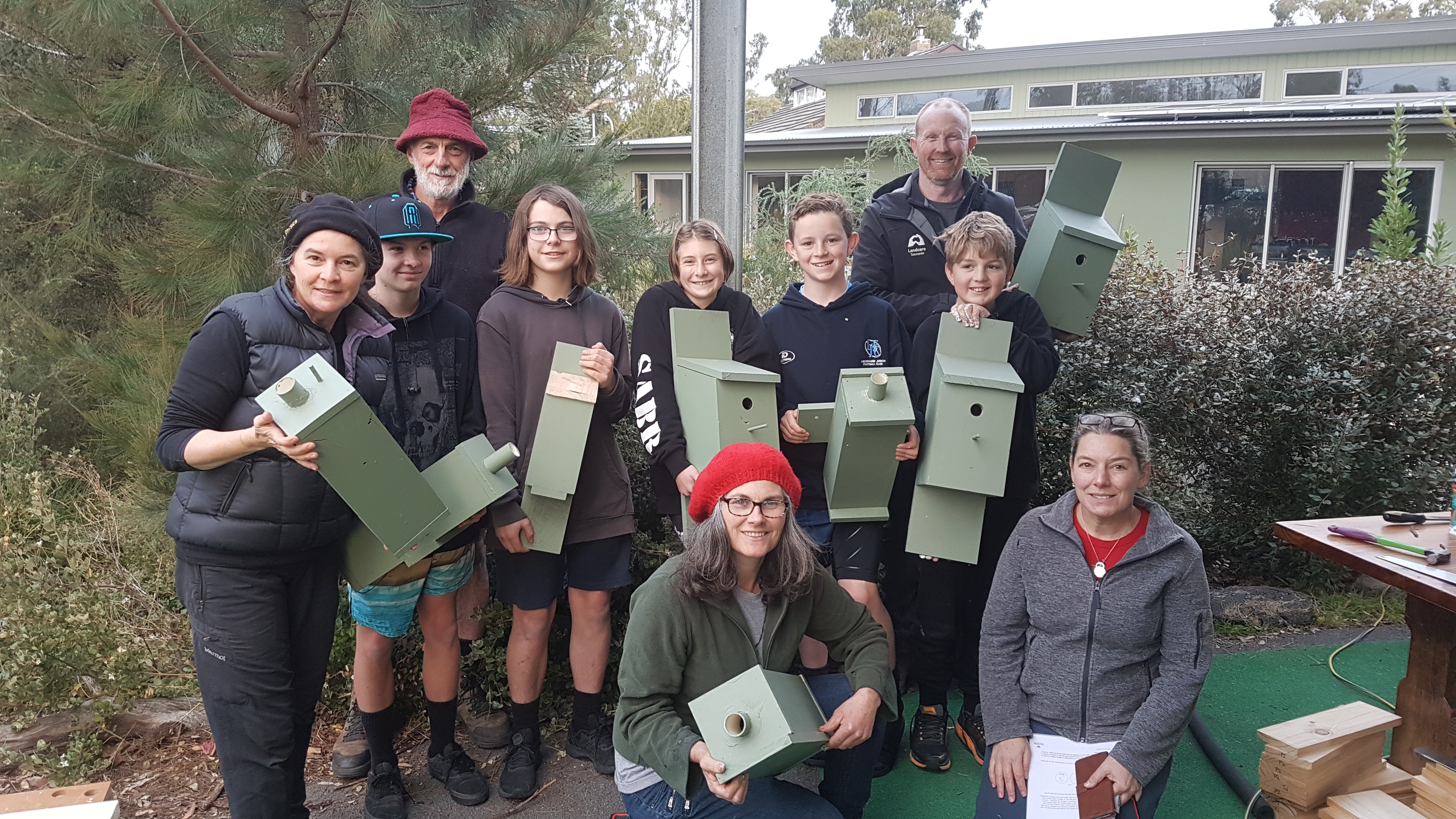 The group got really into it, and were very proud of their newly constructed and renovated nest boxes by the end of the workshop. 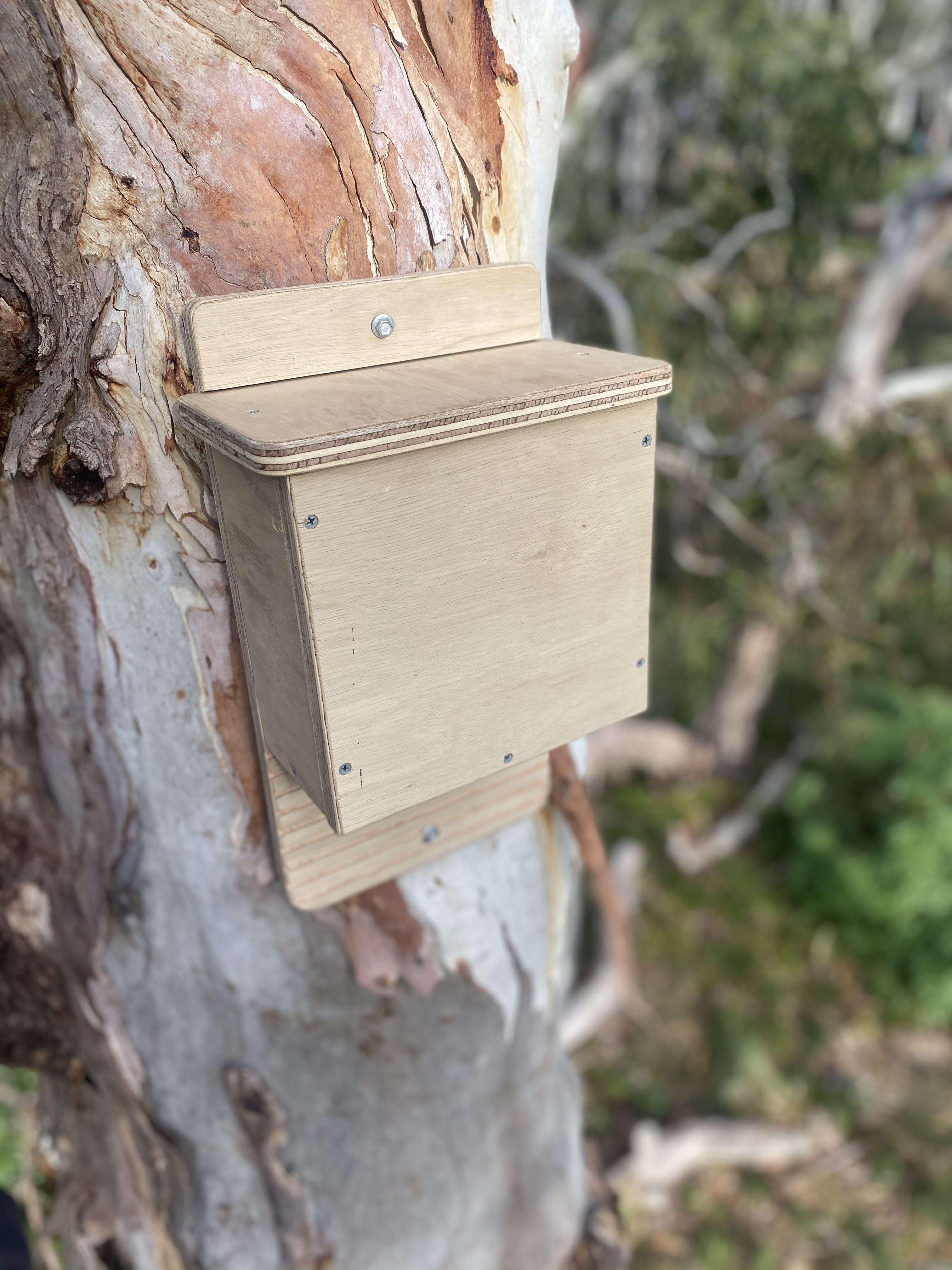 The next phase... getting some nest boxes up HIGH! That's where the generous help of our skilled, tree-climber friends from Hobart Arbor Co came to the rescue.

We were really lucky to have microbat specialist Paul Gray.  He showed us the painted nest boxes weren't 100% suitable for microbat nesting as bats can peel off the paint risking toxicity, and also need grooves for holding on to. This is why it's really important to be mindful of the specific species you're creating habitat for, as every animal has unique requirements. 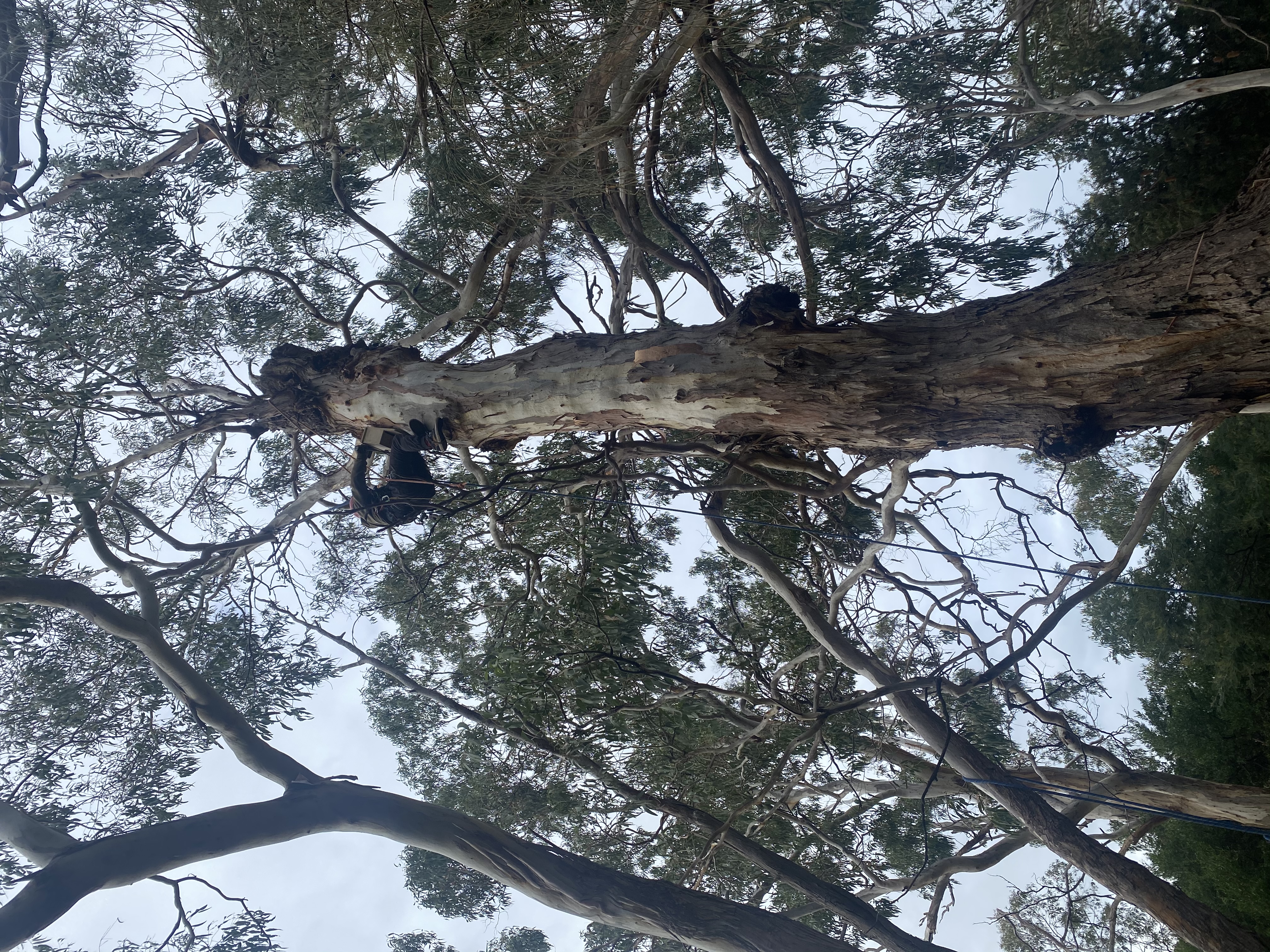 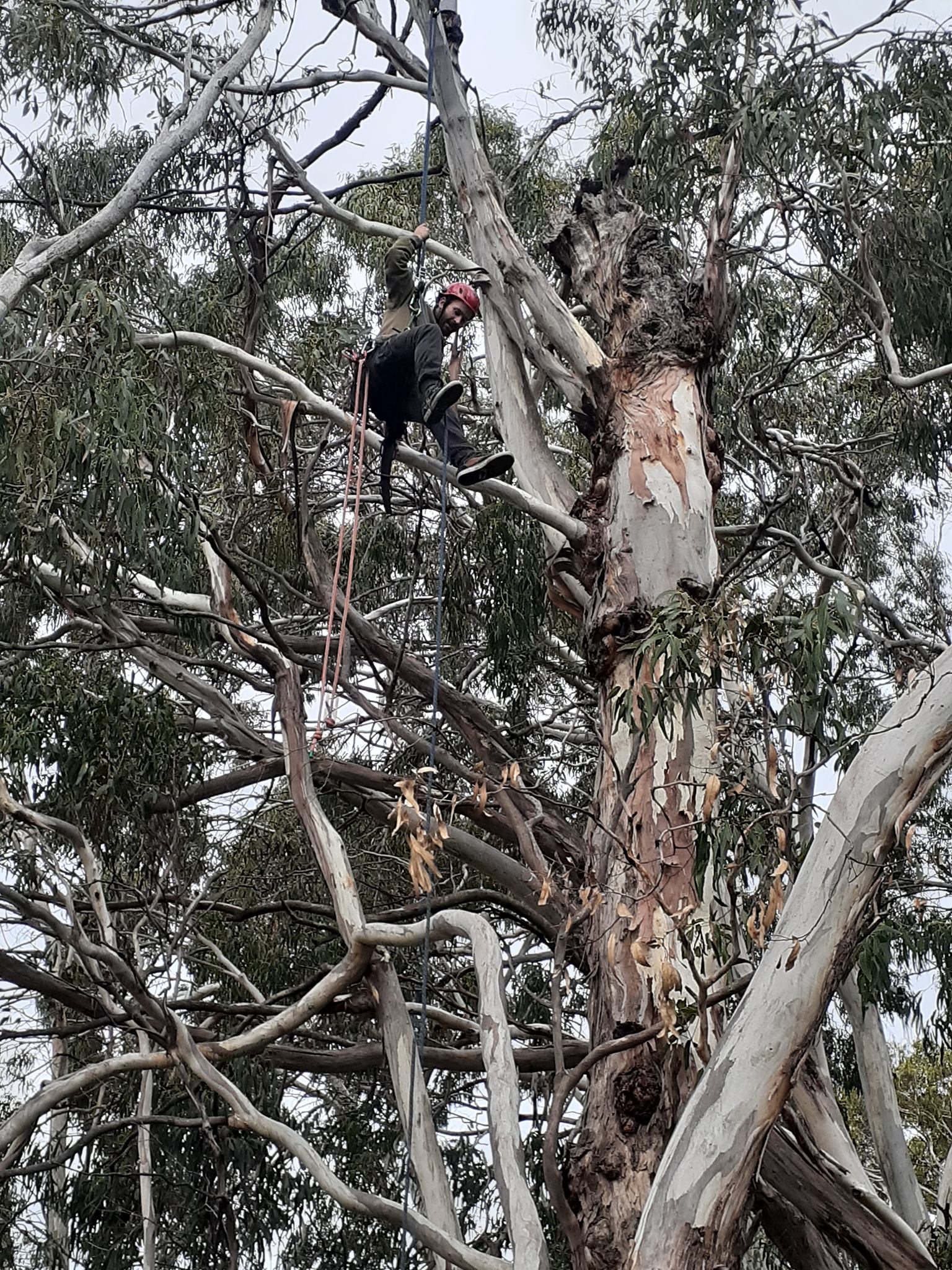 Image: Nest box installation is not for the faint of heart.

Thanks Hobart Arbor Co for getting the nest boxes a little higher than we'd be willing (or able) to climb! 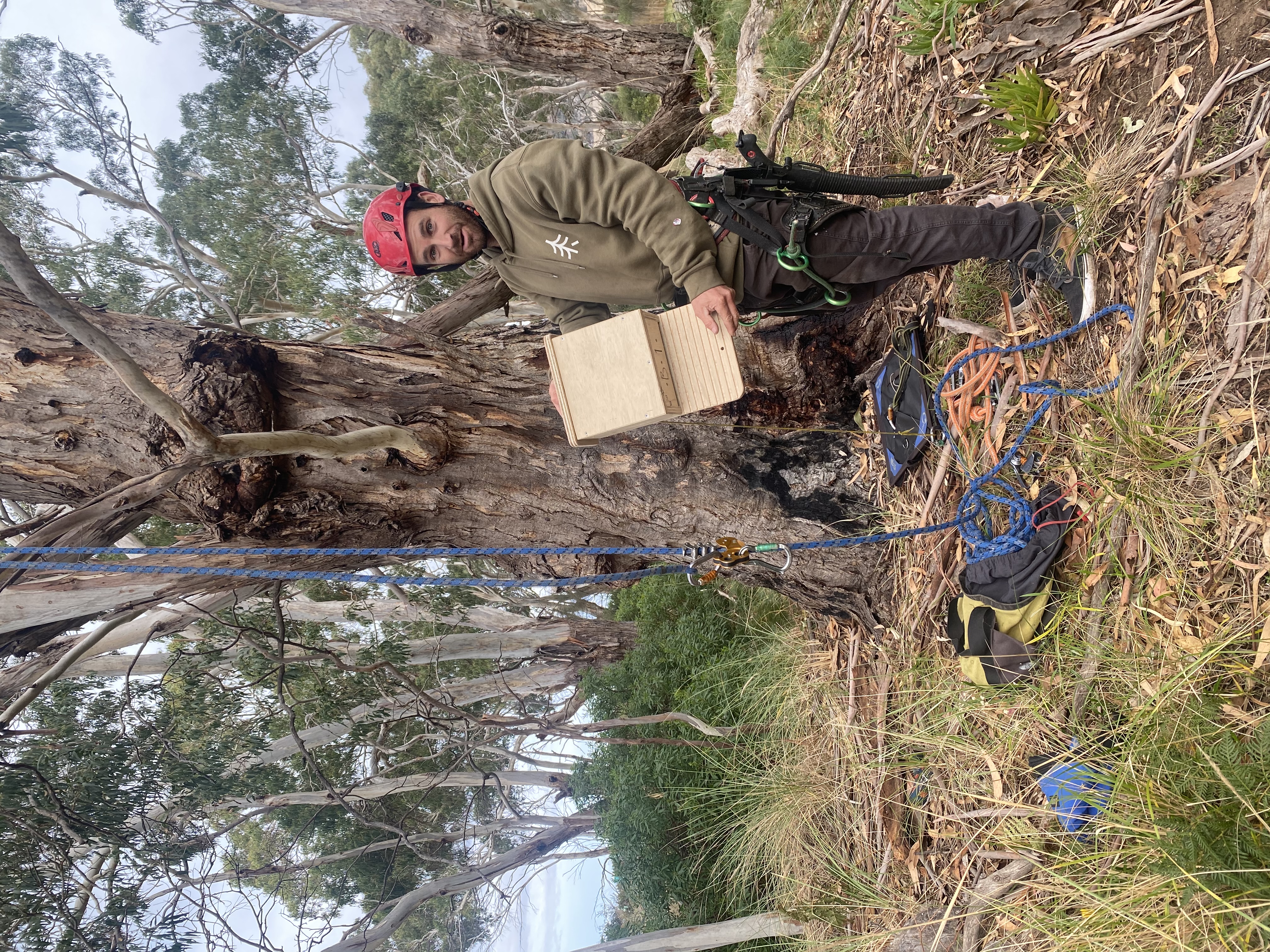 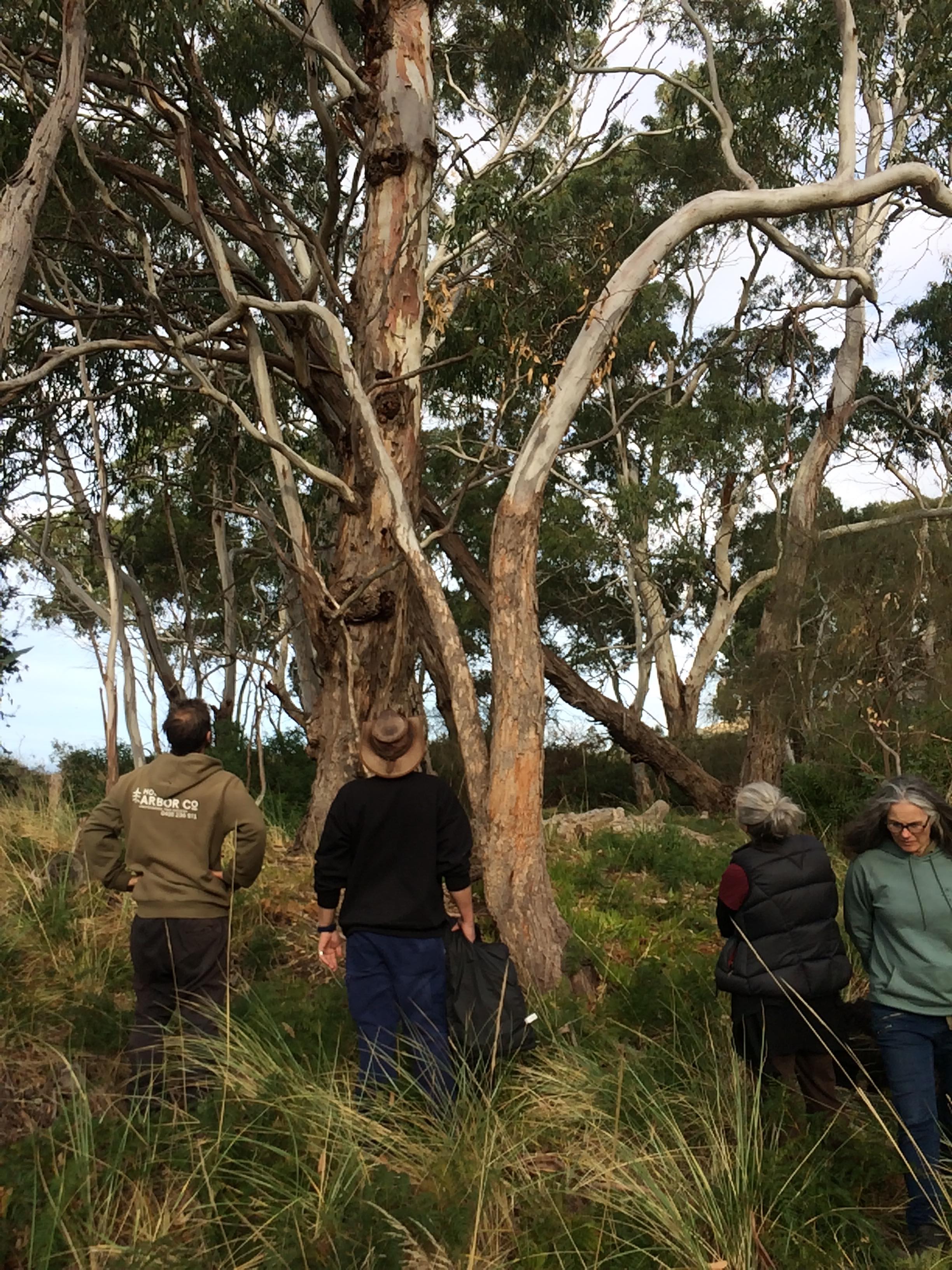 The boxes will now be monitored, and there are plans to put up more for micro bats and other species, such as Eastern Rosellas and pardalotes. Plans for constructing more boxes are in the works, too. We can't wait.

We would like to thank Seven Mile Beach Coastcare group for hosting the fantastic construction event.

We also thank City of Hobart for design and material support, Devonport City Council's Phil Hrstich for design support, Clarence City Council for materials and the Community Environment Program through support from local MP Julie Collins MP. And of course thanks to Hobart Arbor Co for installing the nest boxes, and Paul Gray for microbat expertise.