Soft Shoot Gorse Moth Getting Around the State

The soft shoot gorse moth has been building up in numbers at several breeding sites since its introduction to Tasmania in 2008. Peter Stronach from Landcare Tasmania joined Dr John Ireson and several landholders from Northern Tasmania in December to continue the dispersal of this moth that is starting to make a difference in the war on gorse. The breeding site is just out of Melton-Mowbray in the south and this time was being released as far as Stanley in the far NW and across the north of the State

Although biocontrols are used as one of many tools against weeds, John pointed out that they should not be used in isolation or be treated as a "be all end all" in weed control, however the soft shoot gorse moth should be looked at more carefully.

It has now developed a relationship with a vascular fungal pathogen, now identified from lab testing as a Paraconiothyrium sp which appears to be further damaging and even killing gorse in several locations across the state. 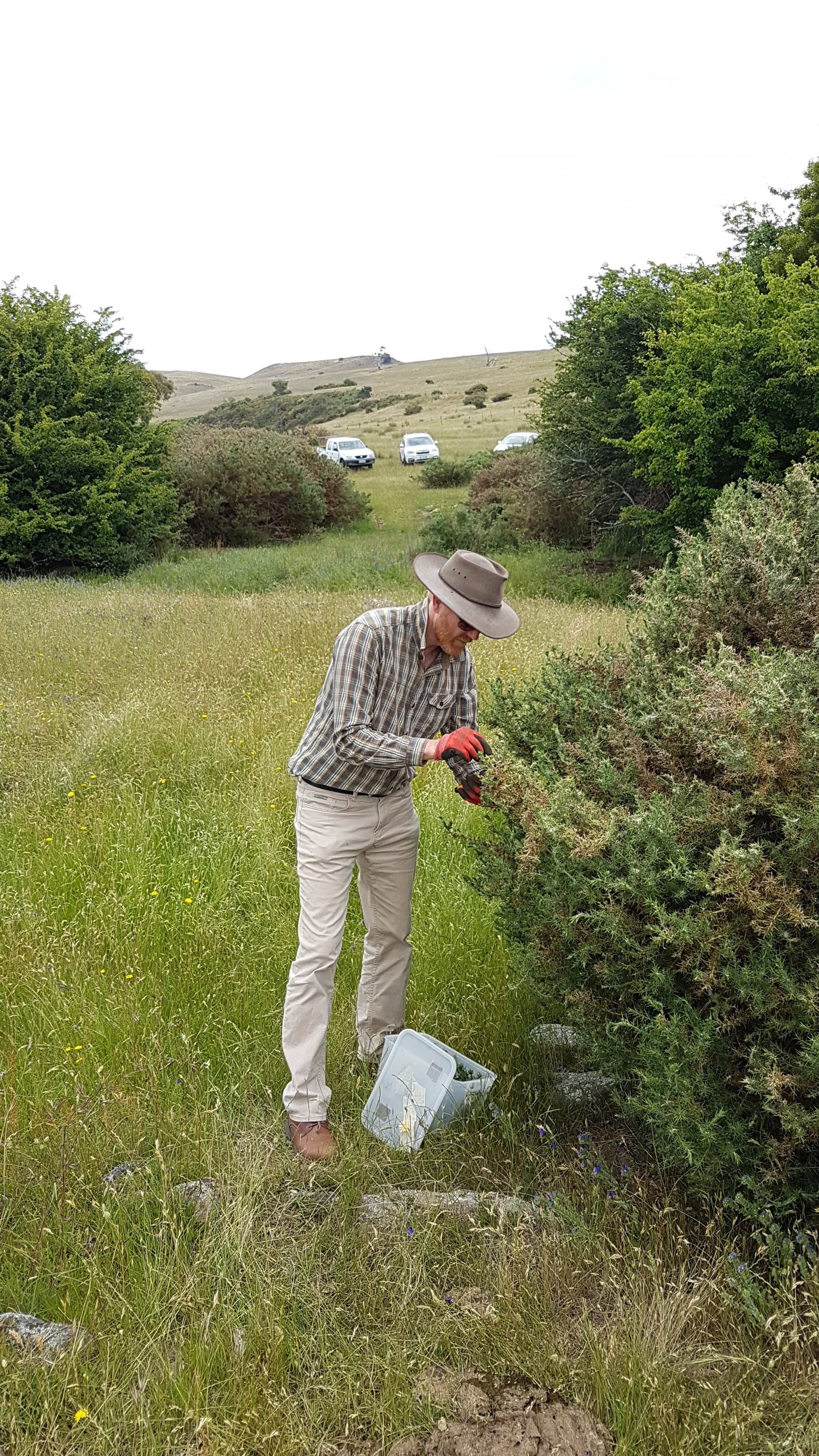 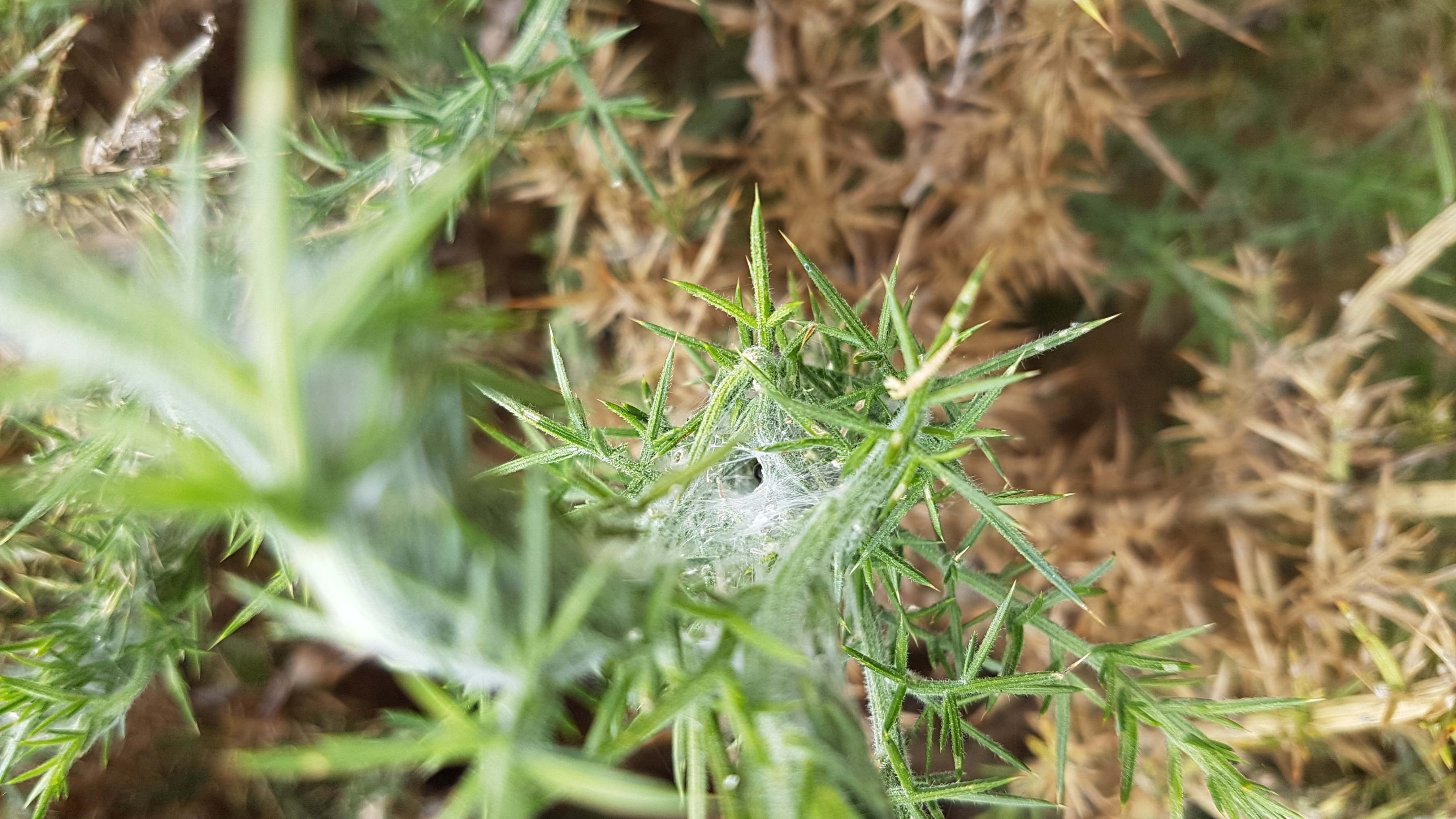 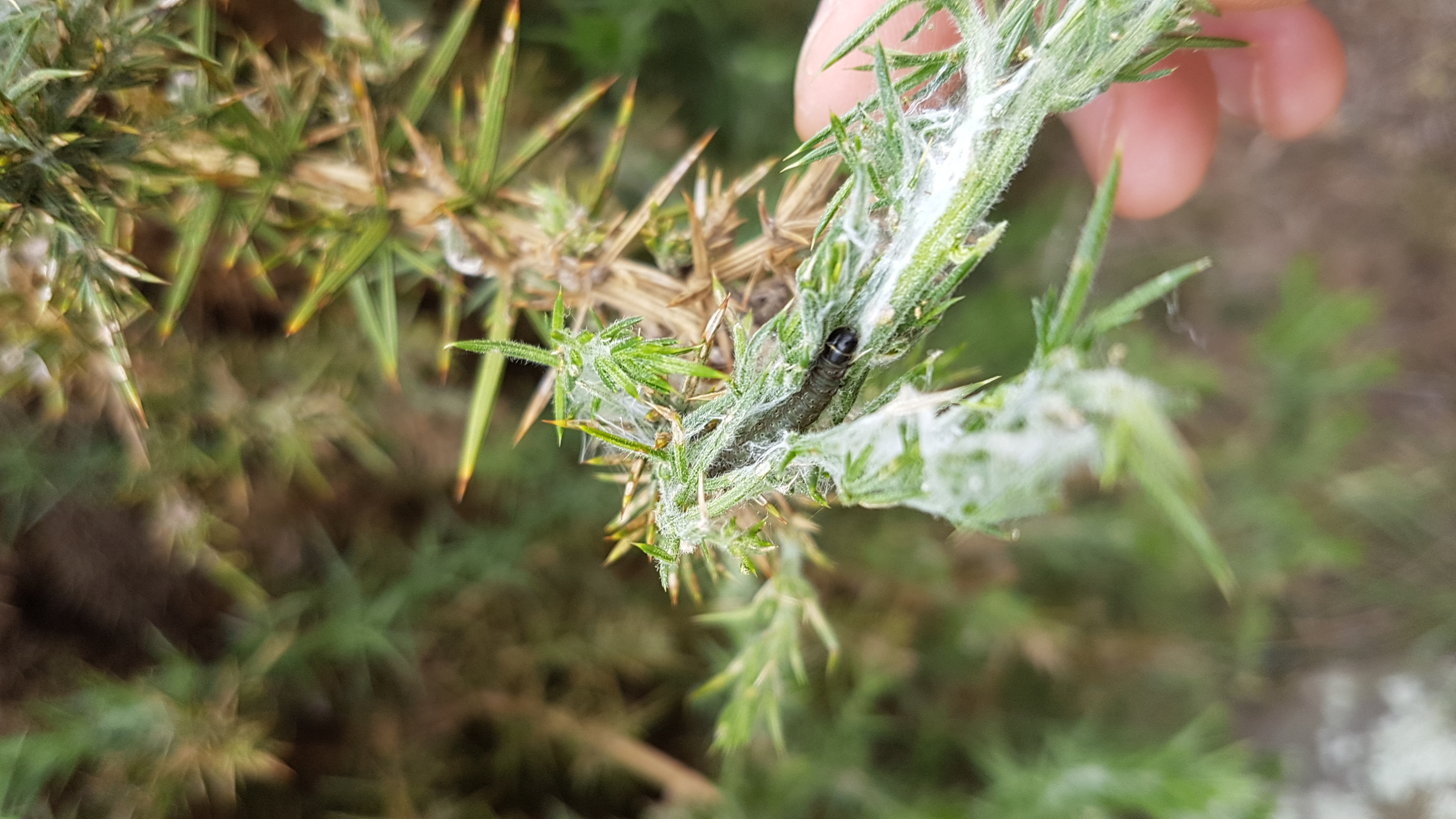 Gorse is the bane of a number of farming districts across Tasmania and impacts greatly on production and biodiversity values. Dr Ireson and his small band of supporters have continued their work, even after funding was cut to his program. Peter Stronach said "Landcare Tasmania has been a supporter of John's work for a number of years, supporting the release of biocontrols for such weeds as Montpellier and English Broom, Ragwort and now Gorse." He said "It is easy for people to forget a weed issue when it is gone and unfortunately funding restrictions do not take into account the millions of dollars that such controls have saved in weed control, production costs and biodiversity outcomes in Tasmania."

Before funding was cut from biocontrol in Tasmania, preliminary investigations were being undertaken for weeds such as Spanish Heath and Paterson's Curse, two weeds likely to be consuming weed budgets across the state for many years to come. 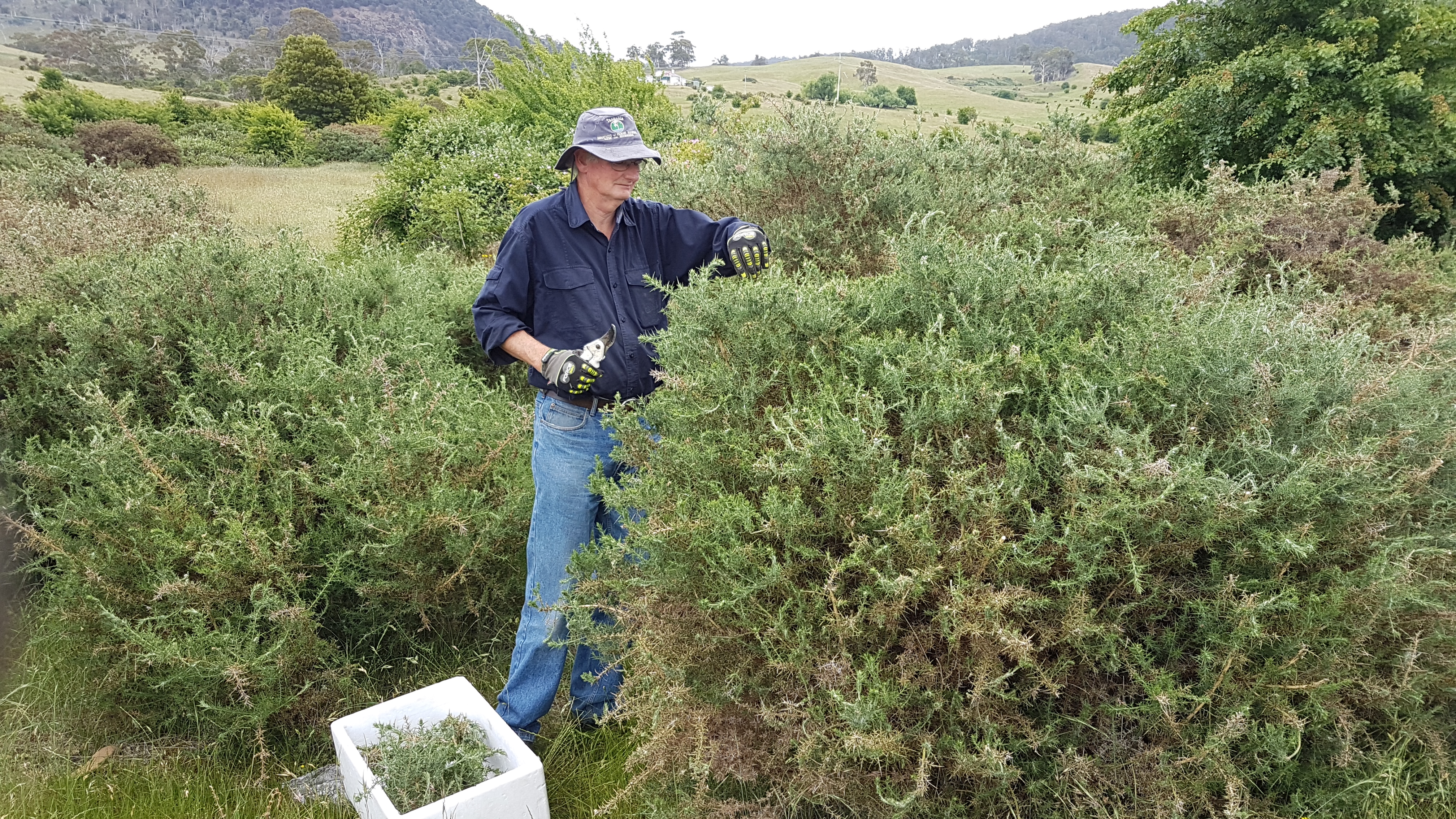 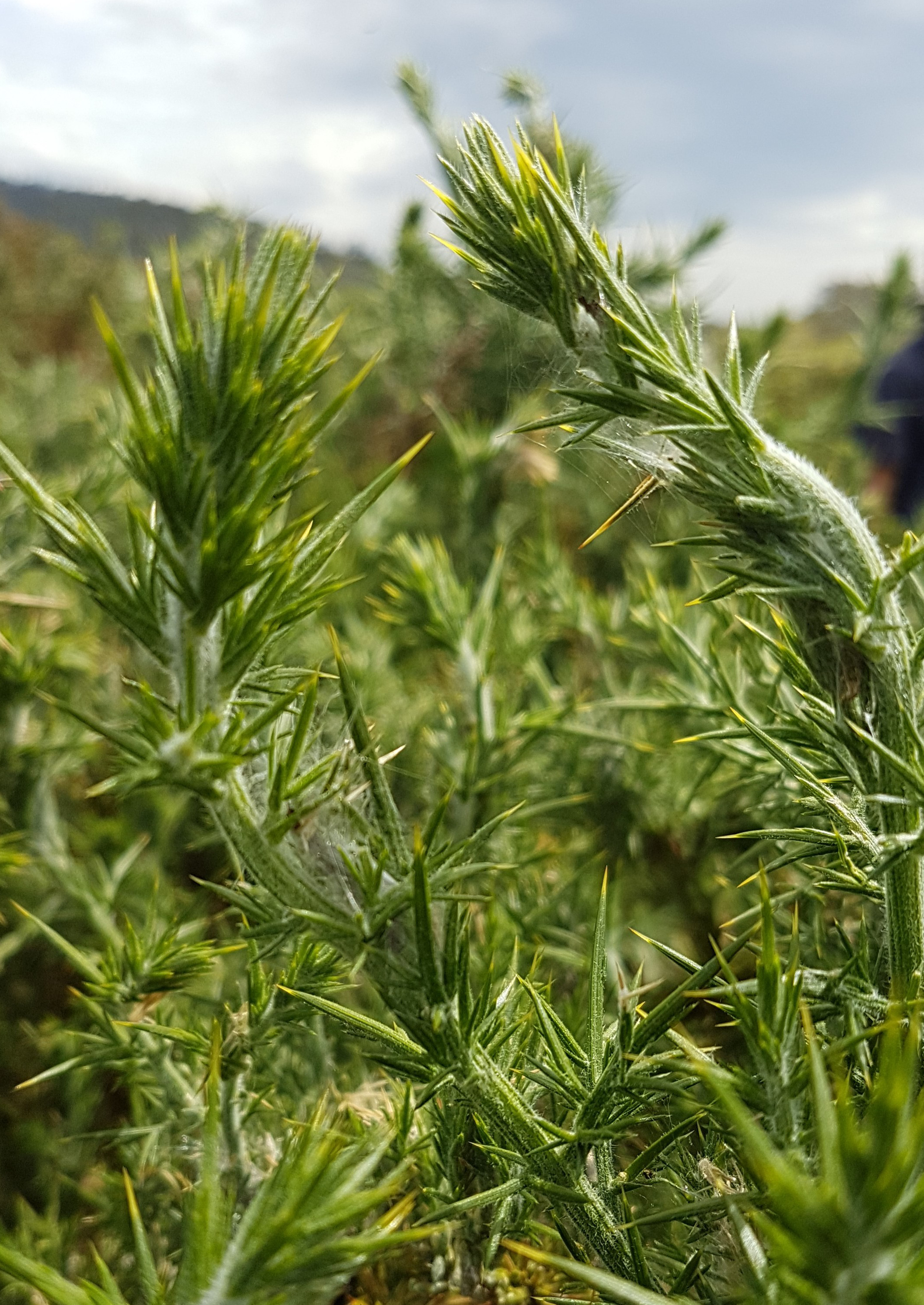 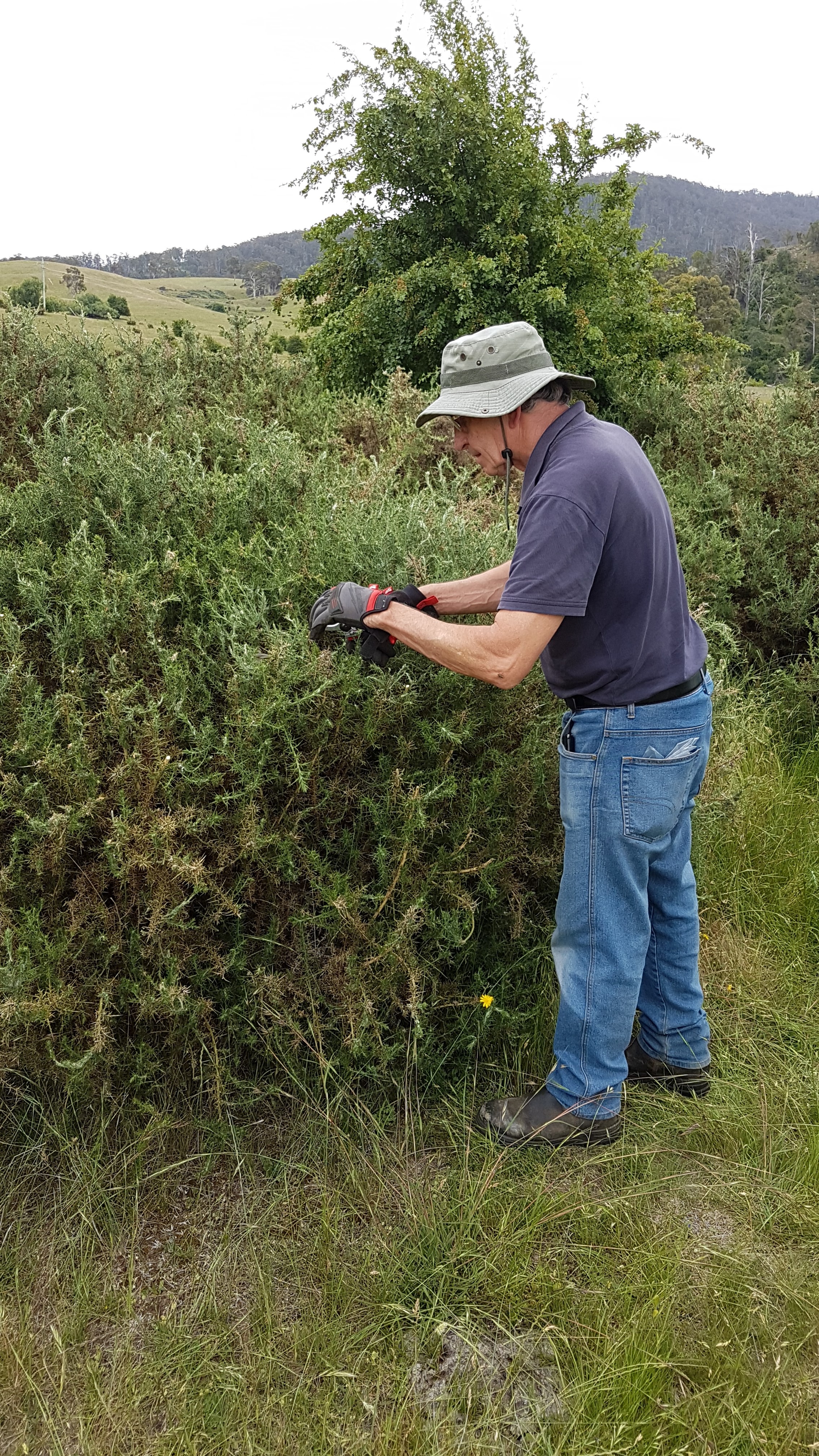