How to Keep Spanish Heath at Bay This Winter

As Winter is in full swing, Spanish Heath is beginning to flower. Now is a good time to be mindful of the weed and learn about how we can help stop it from spreading further.

Spanish Heath may look pretty, but it is an incredibly invasive weed which causes many issues particularly on Tassie's North West. Spanish Heath outcompetes pasture plants and native plants, reduces food sources and habitat for native wildlife, and is highly combustible- posing a significant fire hazard. Each plant can produce millions of seeds, which are transported by water and wind, meaning it is incredibly easily spread.

The weed is very common along roadsides, and from there it is able to infiltrate native vegetation. 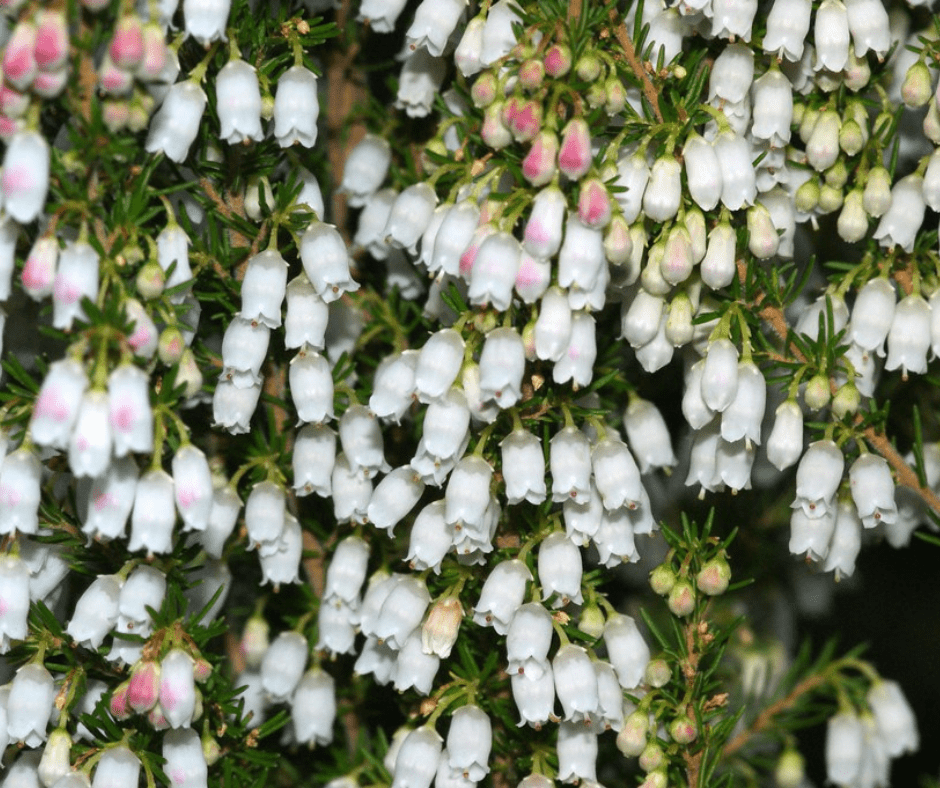 ​The declared weed Spanish heath (Erica lusitanica) is now in flower and can be seen in many areas across the state. Be on the lookout for this weed. It’s bell-shaped white/pinkish flowers are easily identified, and if found on your property should be managed to prevent further spread.

Often mistaken for native plants, Spanish heath and other declared Erica species are not native to Australia and can be serious weeds in bushland and pasture landscapes. They are hardy perennial plants that can grow quickly (usually up to 1.5 – 2 metres, sometimes up to 3.5 metres), and can even grow in poor, infertile native soils. These plants can produce lots of tiny seeds and can easily spread along roadsides, into bushland, and around farming properties.

Erica plants such as Spanish heath compete with native plants and are a serious threat to bushland communities in Tasmania. They are also an issue for agricultural productivity. As Spanish heath is highly combustible, it poses a significant fire hazard in areas it is found.

The following information sheet provides images and details about Spanish heath and some other Erica species including identifying features, how it spreads and its growth cycle, and options for control:

The weed is not to be confused with the common Heath, which is native, non invasive, and usually (though not always) a darker pink colour. Spanish Heath can grow to a maximum of 2.5 metres, with small, fine leaves between 4 and 7mm long. It usually grows as a dense bush, and flowers are a white/pale pink colour.

What can you do?

As always, prevention is better than cure. Removing plants while they are still small and haven't yet spread is the easiest, most cost effective control method. If the infestation has gotten a little out of hand and overwhelming, start with the isolated plants before taking on the main infestation.

In the warmer months (February-July), before the weeds have flowered, hand pulling the weeds is a quick, easy control method. Herbicides such as Grazon can be used from November to February.

Make sure to dispose of all plant material carefully to avoid any seeds spreading.

Thanks to the State Government's Weed Action Fund, councils along the North-West are working together to stop this weed before it becomes impossible to eradicate.

Weed Action fund Group Member Phil Hrstich said "We are offering a FREE SPRAY KIT to eligible property owners within the dedicated eradication zones to aid their efforts in removing this pest from their properties." To find out if you are eligible for a spray kit, contact the NRM/Weed Officer at your local council.

Check out Phil explaining how to use herbicide in Spanish Heath control below.