Welcoming Friends of Riverside to the Landcare community. This group have wasted no time getting out and getting their hands dirty - read on to find out what they have been up to! 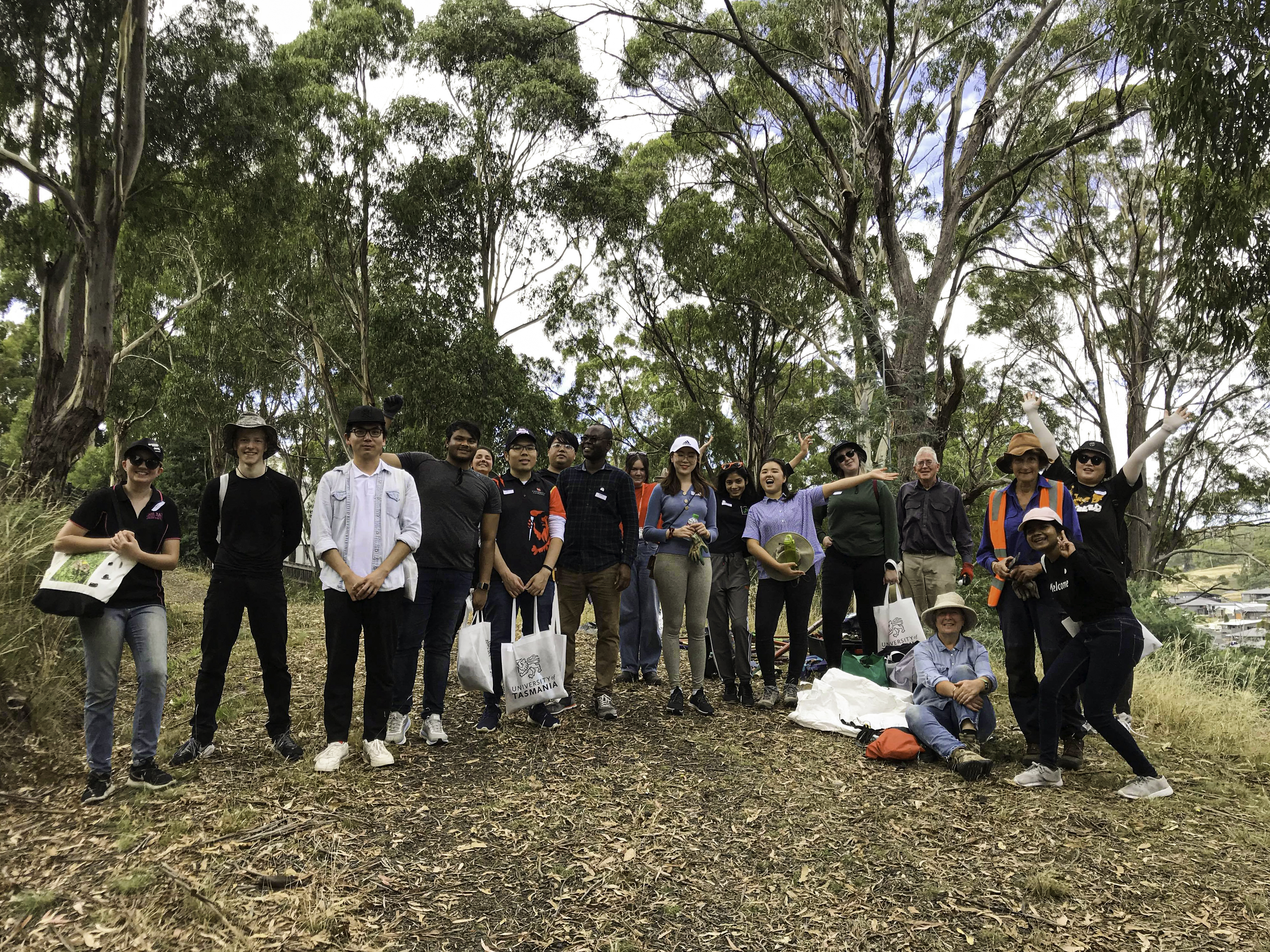 Image: Friends of Riverside and UTAS volunteers in their most recent working bee

Friends of Riverside are a small (5 core members) and new Landcare group based in Riverside Launceston.

Their first working bee was on 7th November 2020 where they collected rubbish at Windsor Park Riverside as part of Catch it in the Catchment. They hold their working bees on the first Saturday of every month and their focus so far has been the Council owned bush reserves that are part of recent subdivisions off Ecclestone Road.

They have the support of the West Tamar Council who provide them with tools and herbicide, as well as the ongoing help of Tamar NRM whose help included supplying a trailer of tools for their UTAS working bee. 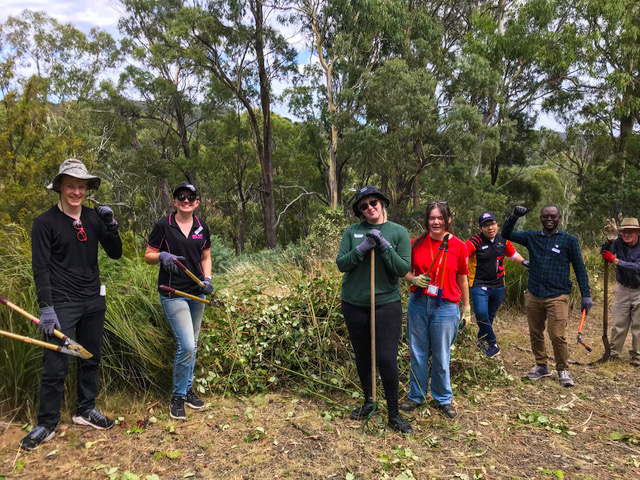 The bush is mostly black peppermint with some white gum, with smaller wattle trees, native cherry and prickly box and an understorey of cutting grass, poa, bracken and saggs with some nice surprises such as the green appleberry vine.

As the subdivisions are relatively recent, there is still wildlife such as bandicoots, pademelons, varied birdlife - fantails, wrens, the occasional white goshawk - and in the dams live the green and gold frog.  This group are hoping to preserve the habitat and alert residents to the need to care for these places. 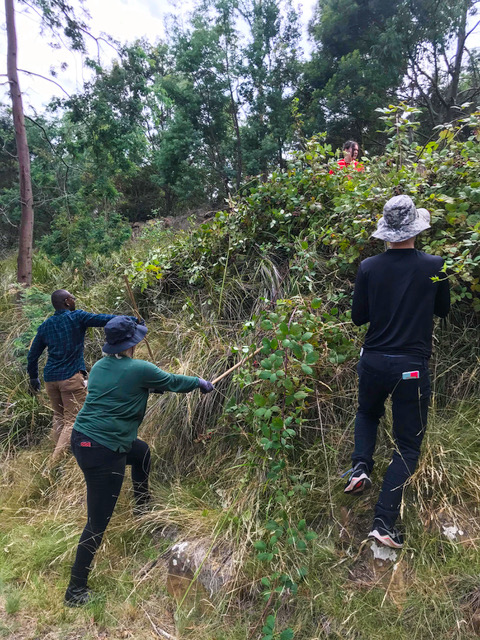 As well as all the nice things, there are also blackberries, boneseed, thistles, cotoneaster, hawthorn, passion vine and garden escapees such as agapanthus and euphorbia.  This group deals with the challenge of garden waste being dumped in the area.

In their most recent working bee on the 20th February they were able to make big inroads into the passion vine and blackberries with the help of students and their supervisor from UTAS as part of the University's community engagement program.

"Some of the volunteers had only been in the state for a week and it was wonderful to have many hands, enthusiasm and eagerness to learn." -FoR

Friends of Riverside hope to get students on board again in the future, and recommend the UTAS program to any group wishing to have fun and use the advantage of many hands!