Will this fungus stamp out Sea Spurge?

The first releases of the biocontrol agent are underway in south-east Australia with hopes that the fungus, known as Venturia paralias, will reduce the spread and impact of sea spurge (Euphorbia paralias). 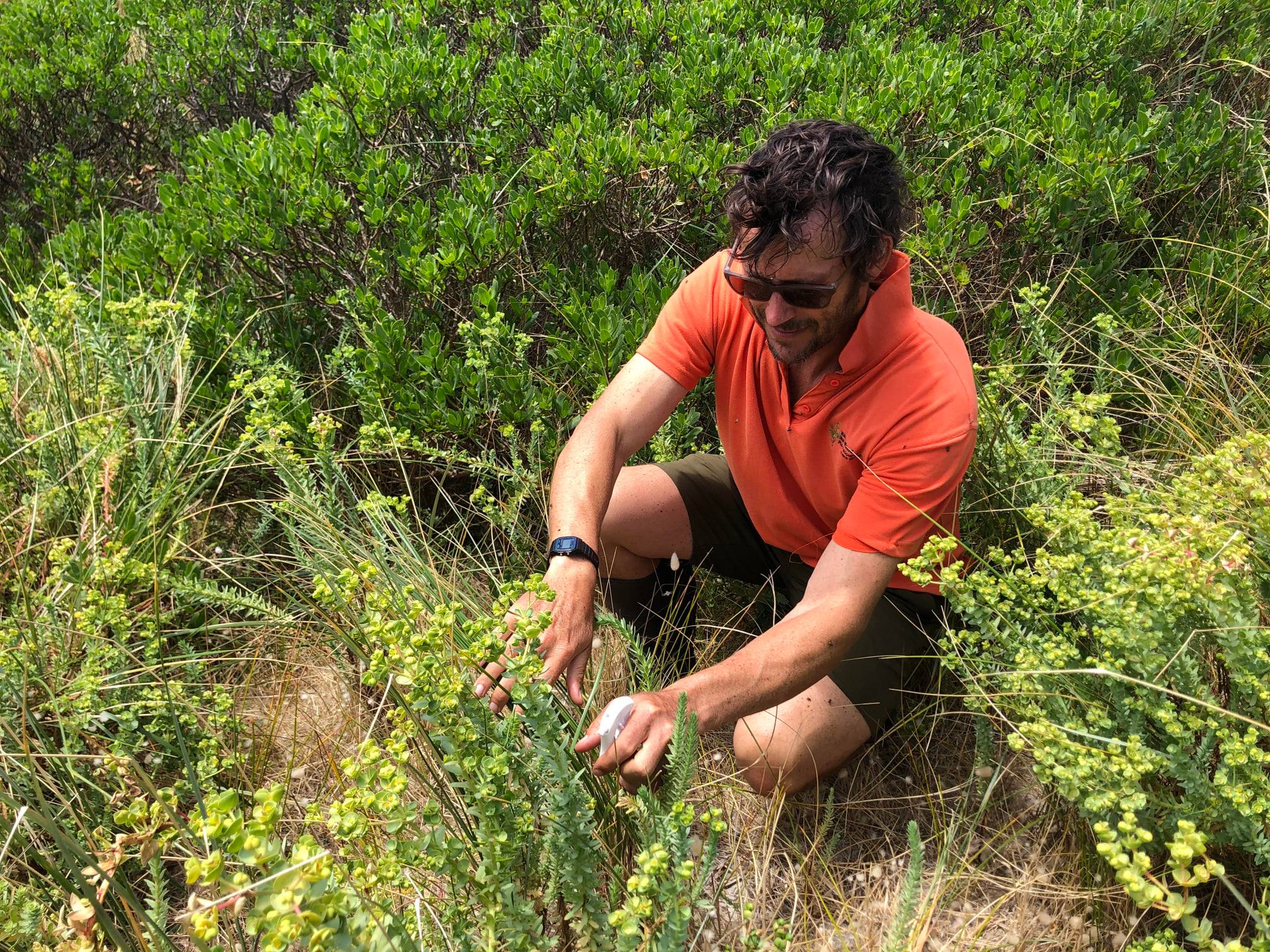 Sea spurge is a highly invasive weed - with some of the most severe infestations occurring in Tasmania.  It outcompetes native and threatened coastal plant species, stops native and migratory shore birds from nesting successfully, alters sand movement creating steeper dunes, and releases a latex that can cause skin and eye irritation to humans and pets - not fun on the beach!

None of this is good. So what can we do to purge the spurge?

Management tactics have involved labour-intensive hand weeding and herbicide application.  This hasn't been successful at keeping sea spurge away because the weed has some sneaky tricks - sea spurge is able to resprout and recolonise with its seeds that travel long distances surfing ocean currents (not cool, dude!) and infesting new areas. 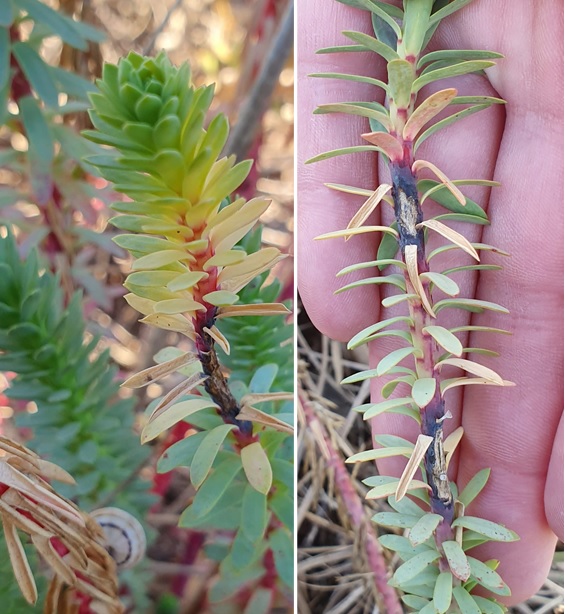 The fungus infects the leaves and stems and is able to spread between sea spurge plants.  The hope of the project is that the fungus establishes widely and reduces the spread of sea spurge, the negative impacts, and reduces the amount of hand pulling required.

Landcare Community On Board

King Island Landcare Group have been the first community group to begin utilising the biocontrol agent, with Dr. Gavin Hunter, the CSIRO research scientist managing this project, guiding them through the release. 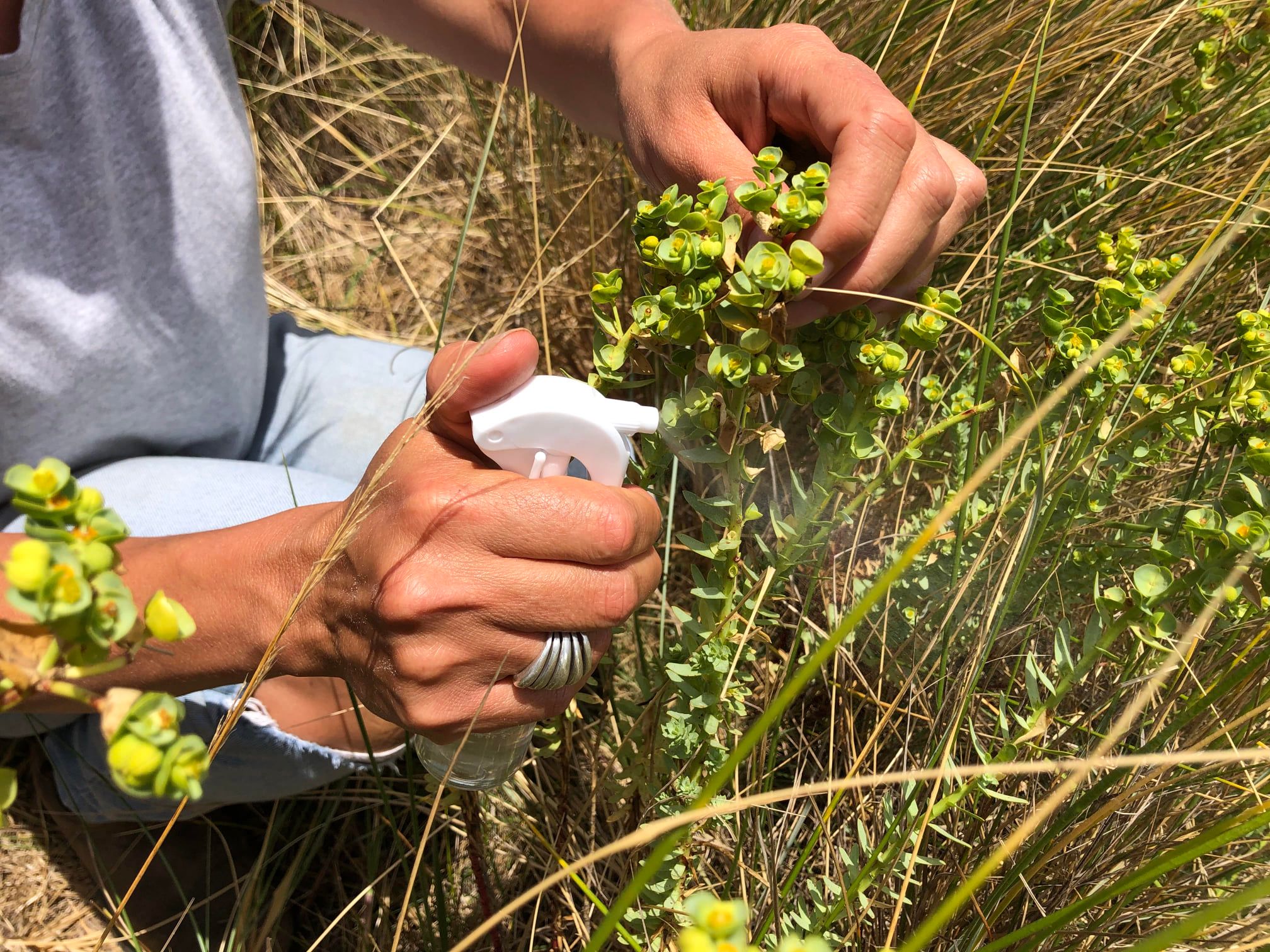 The release involved spraying spore suspensions of fresh and dried cultures of the fungus onto sea spurge plants.  The group conducted the first release in the Porky Beach area.

The group are hoping to see a substaintial improvement for biodiversity with the progressive reduction of the number of beaches impacted by sea spurge - yay for the recovery of native habitats, nesting birds and native flora and fauna.

🔍Read more about the release on King Island here 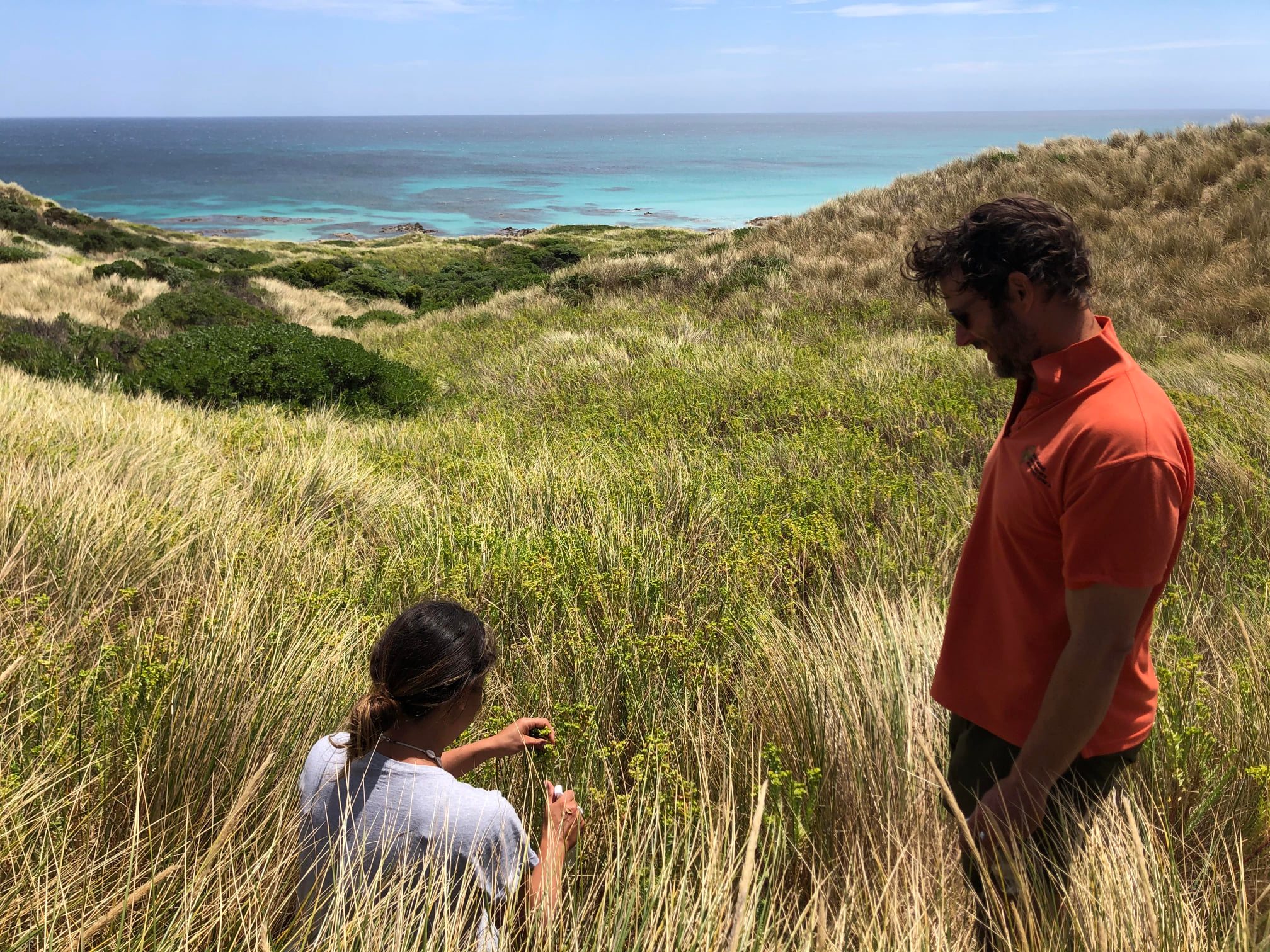 🔍Host-specificity testing of the biocontrol agent

Check out Dr. Gavin Hunter speak about the deployment of the biocontrol agent at the 2021 Tasmanian Community Landcare Conf!