Rebecca Addison and Yuri Wolfert both trialled mixed cover crops before potatoes for soil health in 2019.  These growers had support from Soil First Tasmania and funding from Landcare Tasmania.

Making drastic changes to the way you farm is not easy, but with a little support and some strategic trials, changes and improvements can be made!

“This is a story about two growers looking to change practice around mixed species cover crops - it’s a story of the value of on-farm trials – the way they can lower the risk and increase the speed of changes on-farm” says Theresa.

The main goal of both the growers who underwent the trials was to improve soil health overall.

“Both growers agree that being part of the group accelerated the process of trying something new” said Theresa.

“It left our soil not needing to have a drink for a day longer between irrigations” said Yuri.

“Something else that I’ve noticed was that we spent less on fertilizer” he said. 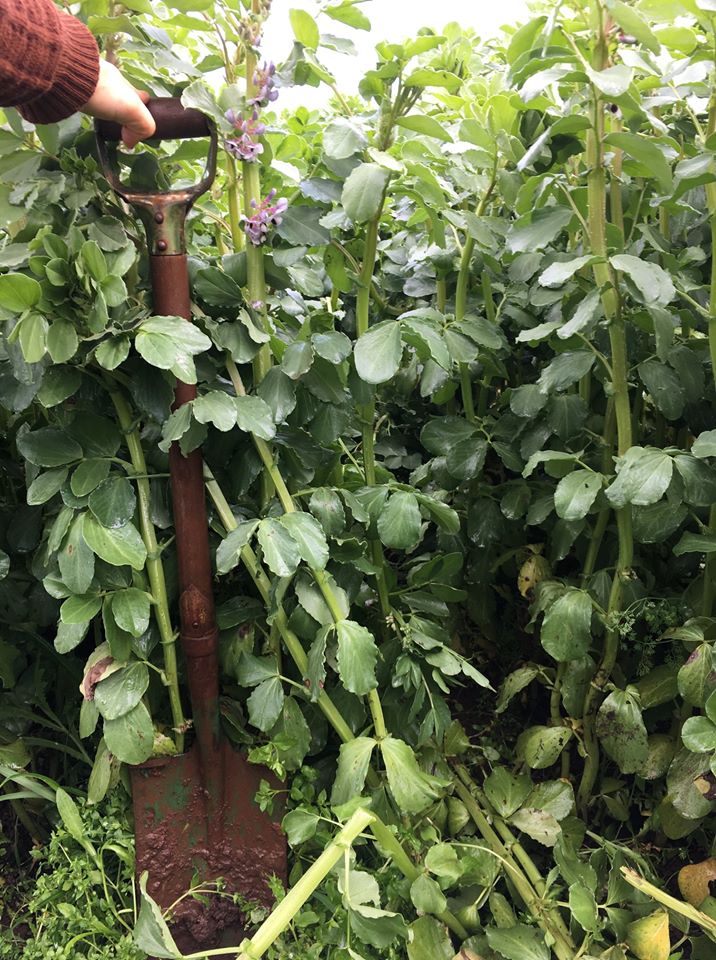 “The key take-aways from this trial were that the soil moisture holding capacity was being improved.  And at the same time, the workability of the ground was improved.”

“We spent a lot less time in the paddock”

“If you can improve your lifestyle in the meantime and improve your bottom line out of it as well, that’s a bonus”

Theresa inspected Rebecca's soil after the trial and said that it was clear that increased diversity in the cover was having a positive effect on soil structure and soil biology.

“It makes sense. Its just a matter of working out how its going to work on your farm and in your system” said Rebecca.

These trials show that with a little support, big changes can be made on farm.  Theresa thanks Landcare Tasmania, the Tasmanian Landcare Fund and Soil First Tasmania.  Listen to the full podcast to hear the details of the trial results and process.  Contact us if you're interested in making some changes to your farm, make an expression of interest to our project bank or check out our full list of project funding opportunities.