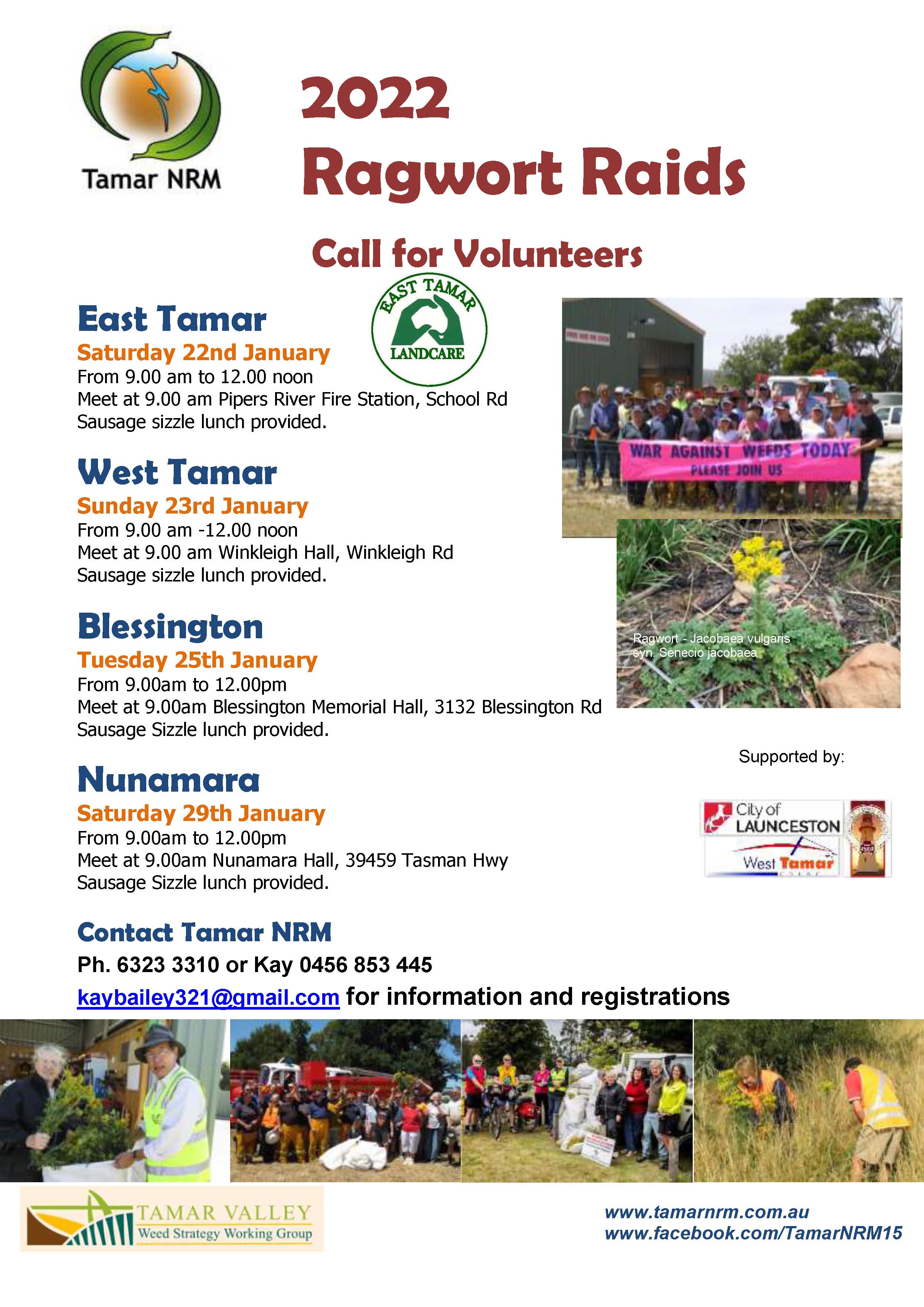 Your past involvement has helped to significantly reduce this agricultural weed in the Tamar area. It is even more important to ensure that we build on past effort. This requires a good turnout to assist in removing the small numbers of plants remaining by covering as much of the road system as possible.

In the East Tamar the Raid will also include mapping of other roadside weeds as occurred in 2021. So if you haven’t been for a couple of years as “there is not much ragwort out there”, come along and be part of the new approach to value adding to the Ragwort Raid. It is always a great social get together as well.

A new approach is being trialed in the Launceston area with two separate events based at the Blessington Hall and the Nunamara Hall. It is planned to cover additional roadsides and involve more of the locals in those areas as well as other volunteers. Come along and help out!

Get in touch if you have any queries.