The Upper Meander Landcare group showcased a newly designed cat trap that will be used as part of a project funded by the National Threatened Species Unit. The launch of the project was supported by local Landcare groups, the Meander Valley Council and a number of community organisations including Landcare Tasmania. 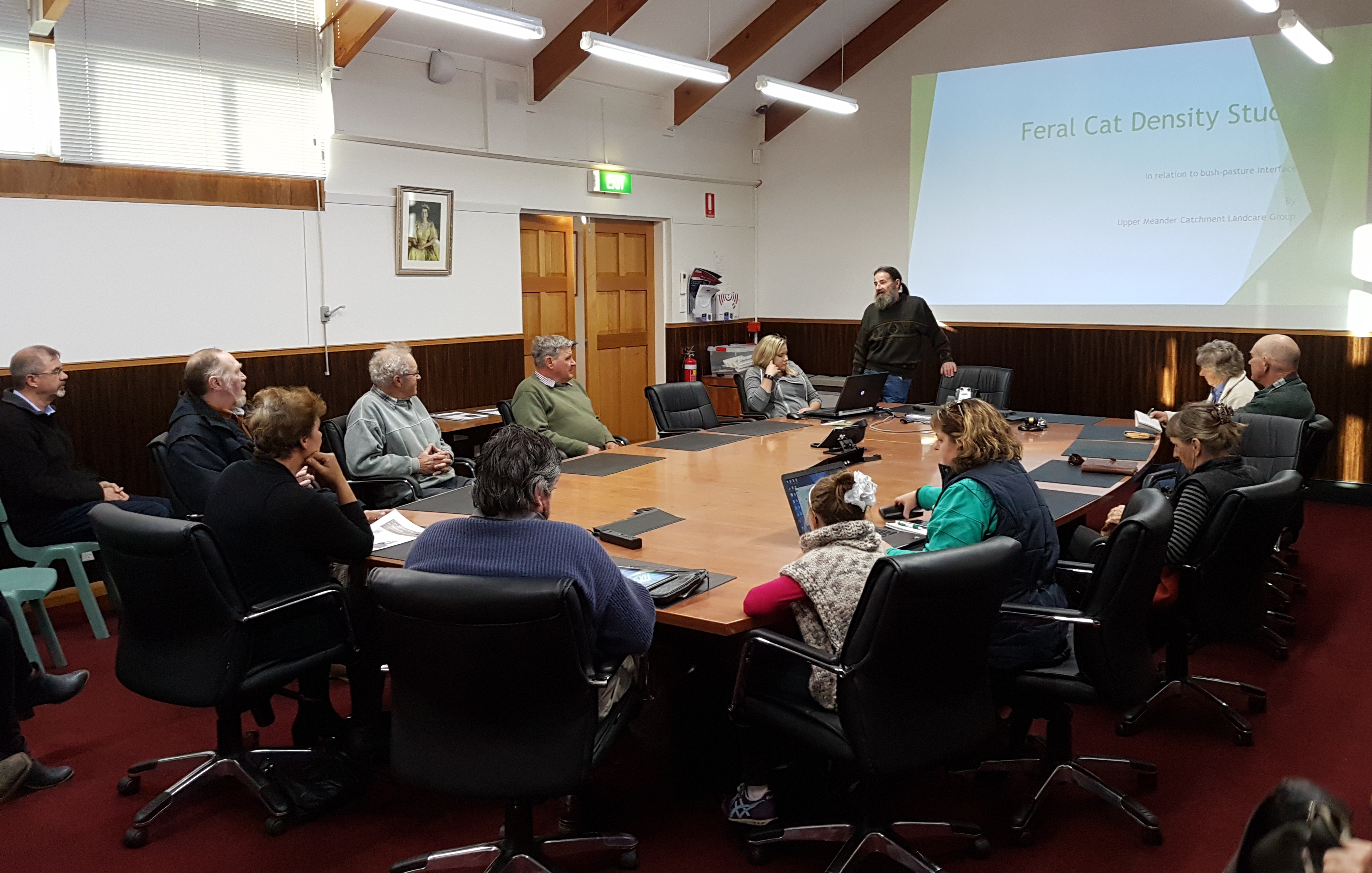 Convenor of the Upper Meander Landcare Group, Kevin Knowles said "This new trap design is far superior to anything we’ve tried before because it uses radio technology that sends a mobile phone message to tell us we’ve got something. We pretty sure it’s going to be a cat because the trap is elevated at a height that devils and bandicoots can’t get to” he added

“It’s much more humane than the old style traps because it’s dark and dry, there are no sharp edges, and off-target native wildlife captures are greatly reduced” he added. 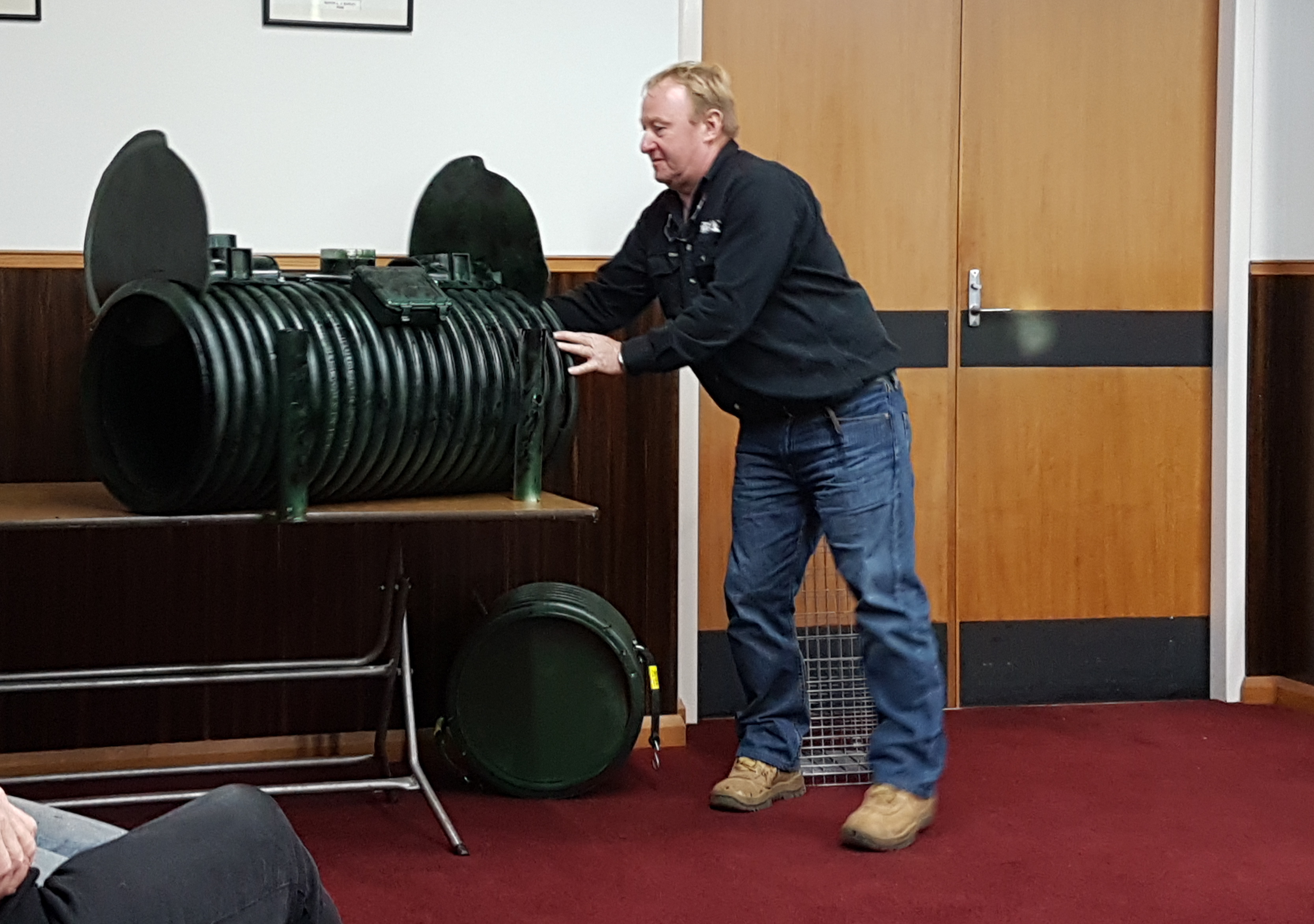 The trap designer, Jamie Cooper said "The design is innovative because it uses very little power and will save an enormous amount of time. Where we previously had to go out and check every trap every 24 hours, we will now know precisely when and which trap has caught something."

The project aims to engage other Landcare groups in better cat management that supports the national Threatened Species Strategy, and also includes an education component to increase public awareness and acceptance of the need to control feral cat populations.