Last month, we saw Tassie farmer Michael Nichols take home a National Landcare Award - and the media told the story again, and again... he even got a feature in the Israeli news! Lets take a look at some of the stories that came out to celebrate this landmark win. 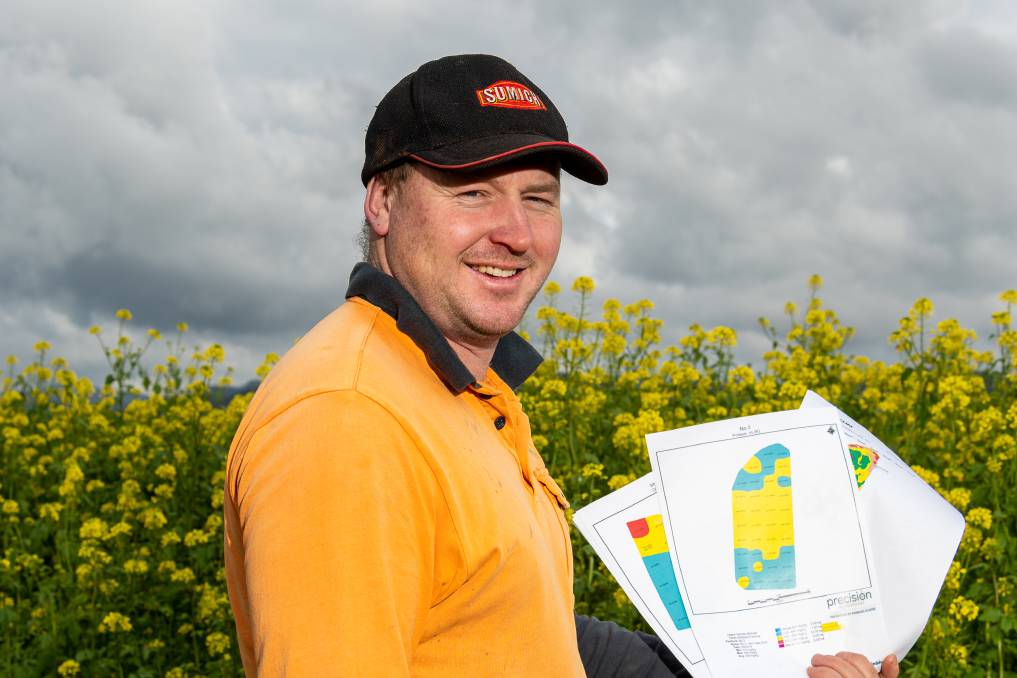 "My parents nominated for an award in 2004 and won the national primary producer award for Landcare," Mr Nichols said.

"It's the second time we have won a national award for being innovators and environmental sustainable farmers."

"I congratulate Wynyard’s own Redbank Farm which has been recognised for its excellence and innovation at last night’s 2021 National Landcare Awards."

"It is wonderful to see Redbank Farm receive the recognition it deserves for its contribution to accelerating Tasmania’s agriculture industry, which provides thousands of Tasmanian jobs and important support for rural and regional communities." 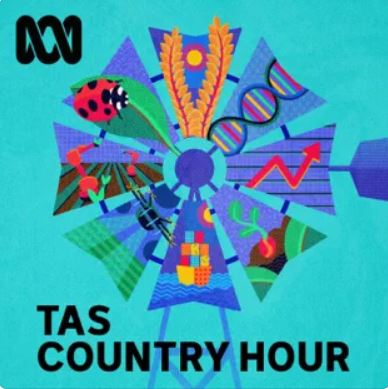 "The National Landcare awards for 2021 were presented last night and it was mixed farmer Michael Nichols who got a run on the board for Tasmania."

"Tasmania's Redbank Farm, winner of the Australian Government Innovation in Agriculture Award, is using cutting edge technology to improve the land literally at a grass roots level starting with the soil." 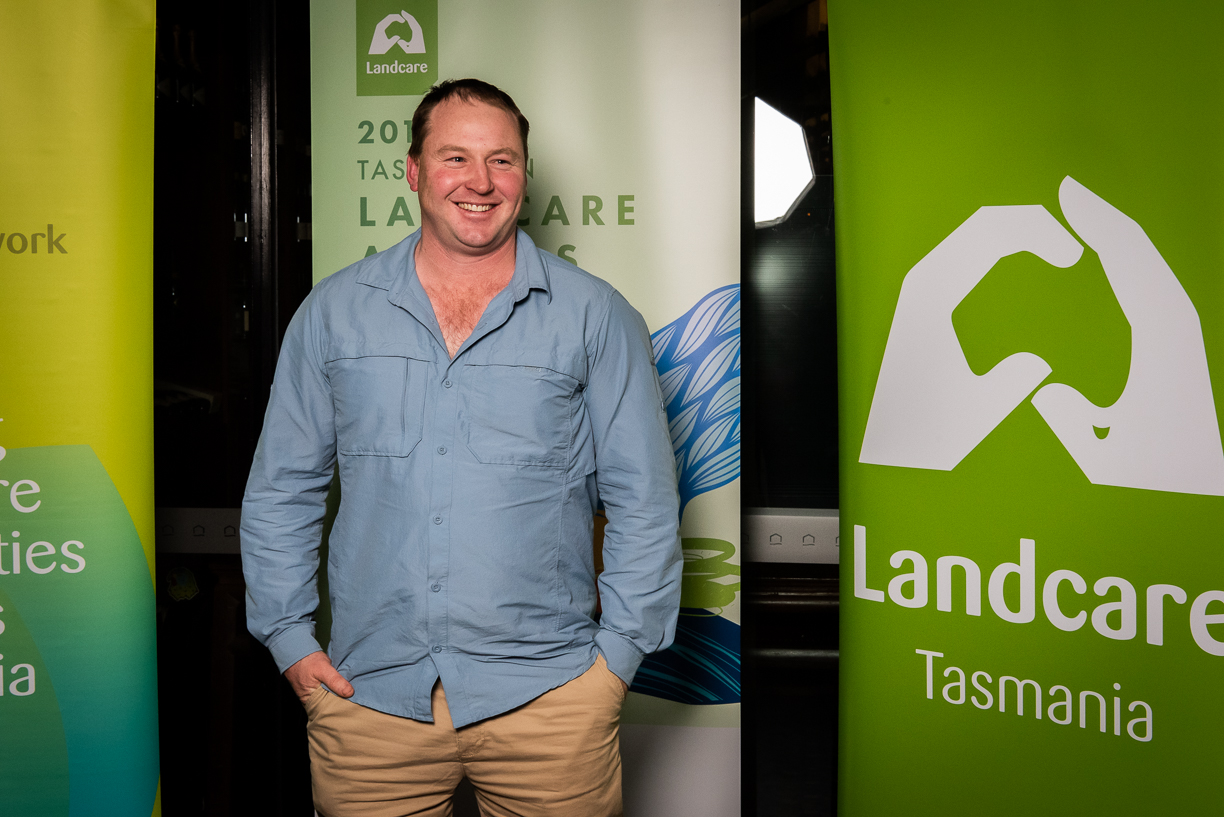 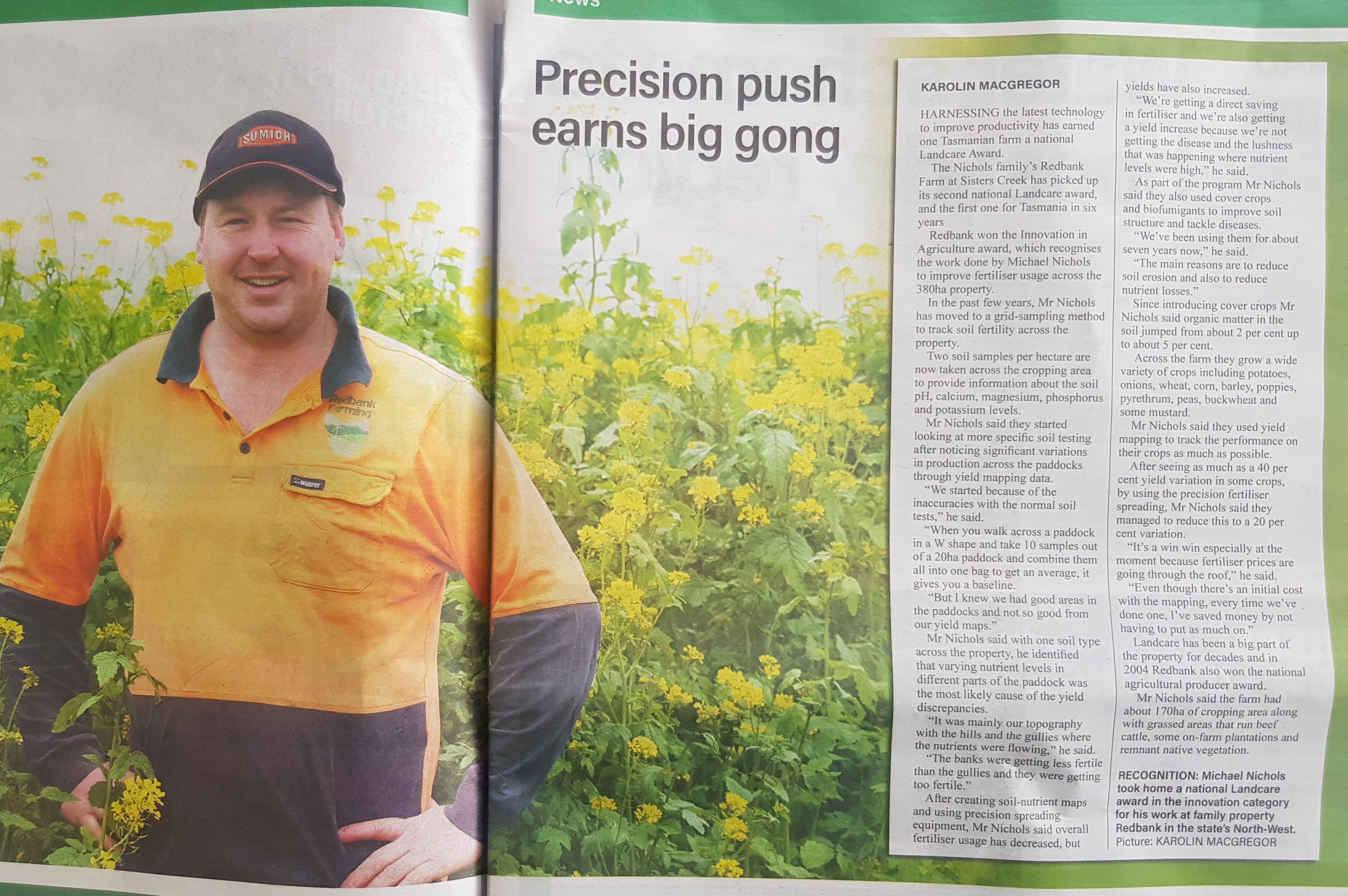 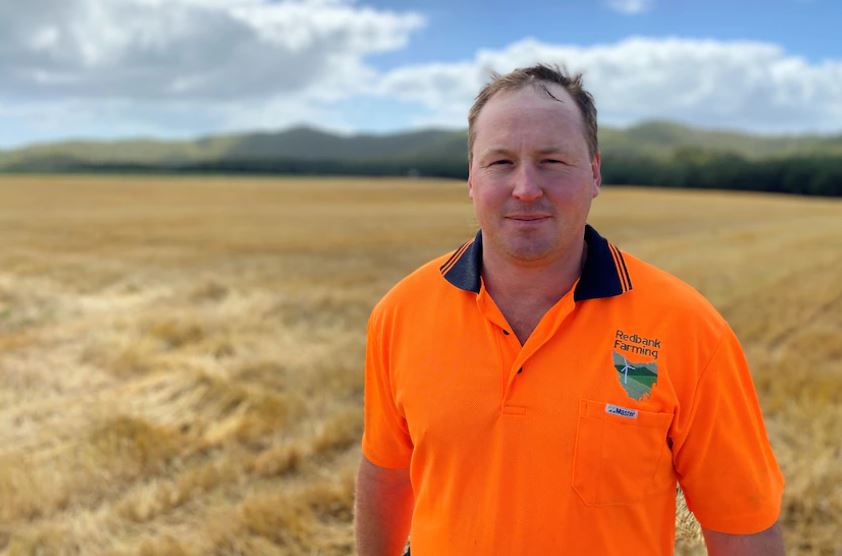