The Island of Tall Trees - Stories from Huon Island

The Friends of Huon Island take care of a special place, transforming land that was cleared for potato farming back into thriving native habitat - and back into 'the island of tall trees'.

Listen to group convenor, Michael Foley chat about what their group does in this heart-warming interview with Mel Bush from ABC.

"We're Turning it Back into the Island of Tall Trees"

How are they restoring the land that was cleared for potato farming? Is a rabbit cookbook in the works?

"It's very special, and extremely difficult, and sometimes we even have moments of sanity... but they're very rare" says Michael.

Every year Friends of Huon Island come and plant 250 plants or grasses. Before that - they collect and germinate the unique seeds which are collected from the island.  "We only plant endemic species, mostly from seed collected on the island" Michael says.  Over the years these plantings have begun to show lots of promise in reinstating valuable habitat on the island.

"When we were at our planting 2 years ago the swift parrots came and watched us, sitting in a tree we planted 10 years ago...we are turning it back into the island of tall trees" Michael said.

The group also deal with the pressure of introduced rabbits, which unfortunately destroyed many of their young plants.  "The rabbits just come and eat them whether they like it or not, it's just a game they play with me" remarks Michael.  The infestation spread rapidly, Michael said "10 rabbits were brought to the island in the 1930s, and in the 1950s a hunter collected 10,000 pelts."

However, the group are reluctant to use poisons because of the mammoth, large-scale effort it would take as well as unwanted ecological side effects.  "We have the most beautiful array of raptors" Michael notes, which they do not want to harm in the process. "Here's an idea for a fundraiser... let's put together a rabbit cook book" suggests Mel... which might not be such a wild idea? Rabbit stew anyone?

Michael explains the extraordinary changes he has seen over the years as a result of the hard work of this group. He says "the environment is gradually changing...we'll then be able to sit on our rocking chairs and let the trees do it for themselves."

Compliment your listening with this beautiful film, The Island of Tall Trees, showcasing an expedition to Huon Island and the work they do there. 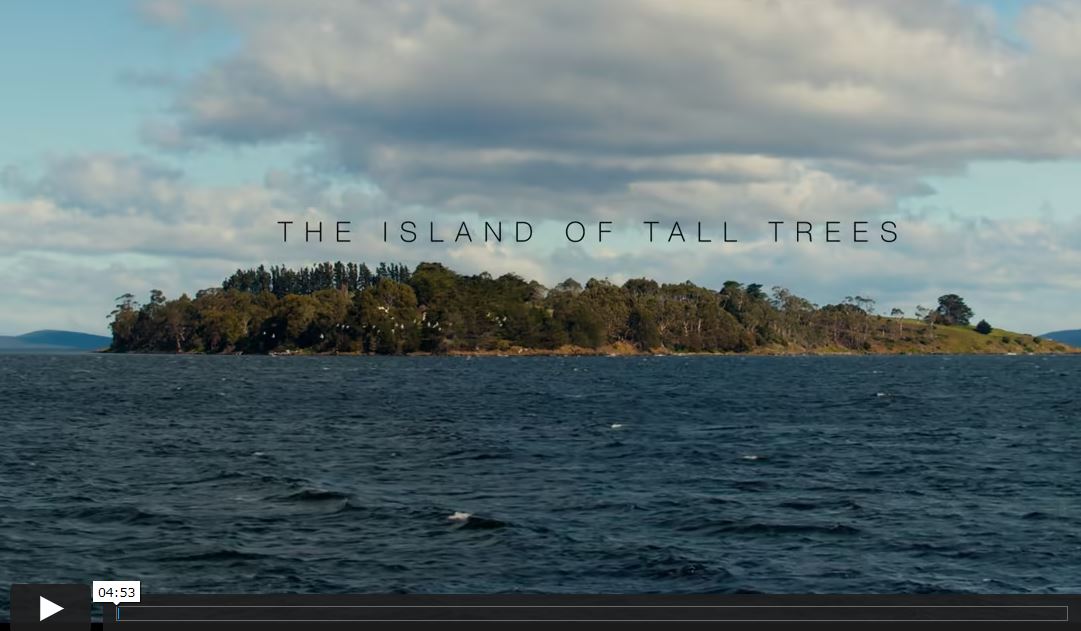 Watch: A film by Miro Digital, 'The Island of Tall Trees'