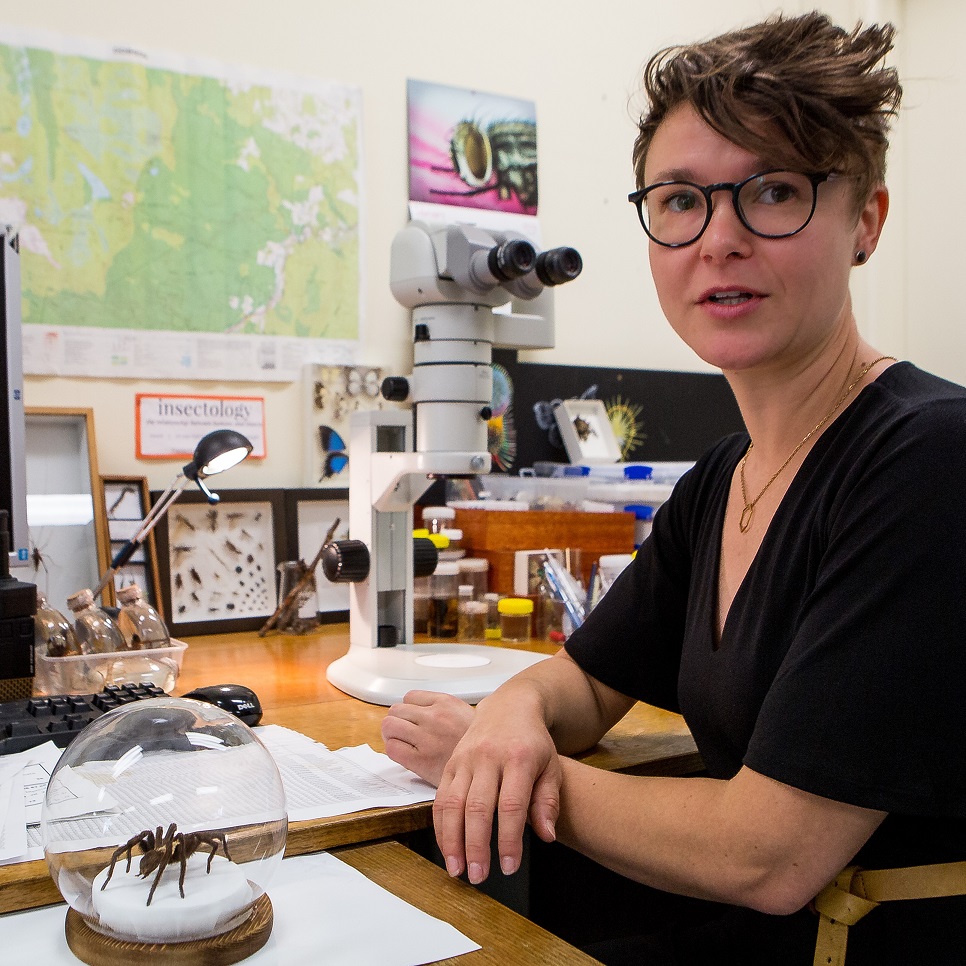 Globally "we" have been having the bee conversation for many years. Save The Bees! from neonicotinoids; with bee hotels; support native versus honey versus bumble bees; all against the backdrop the larger insectapocalypse.
This is not unjustified concern given that insect pollination provided 1 of 3 bites of food you’ve ever eaten and is worth more than 200 Billion US$ annually.

But the world of insect pollinators is rife with complicated dichotomies; there’s many more important species than just honey bees, and then again there isn’t. There is also a local element to any effective conservation and the majority of Save-the-bee information was tailored a long way away from Tasmania.

Tasmanian entomologist and invertebrate ecologist Shasta Henry would like to add some nuance to these oft discussed aspects of bee conservation while introducing you to some of your local native bees and sharing her diy, Tasmanian-centric, bee hotel design.

Shasta is a scientist and science communicator; a passionate adventurer, entomologist and educator. She has named beetles from the Amazon (and has one species named after her), guided white water rafts in Canada and once crocheted a hot air balloon. She's worked at the Smithsonian Museum of Natural History in Washington DC, and is currently completing her PhD at the University of Tasmania, investigating the impact of fire on invertebrate communities in the Tasmanian Wilderness World Heritage Area. Contributing as an ecologist on subjects such as data collection in the field, ecosystem function and species conservation. Read more about Shasta's bee hotel project here. 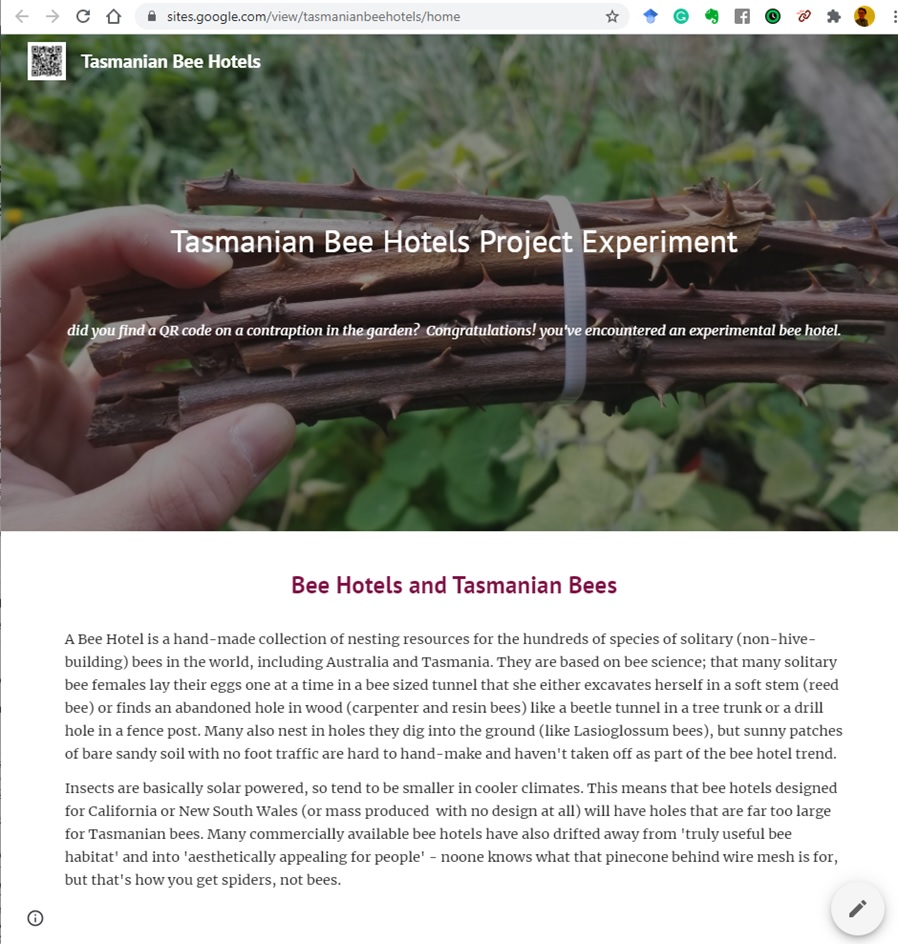